7th Pay Commission: Minutes of the 2nd meeting of Empowered Committee held with NCJCM Staff Side


The periodical meeting of JCM National Council, with the Secretary Pension was held on 10.3.2016 at the the Conference hall of the Department of Personnel and Administrative Reforms, Sardar Patel Bhawan, New Delhi today i.e. 10.3.2016

1. Abnormal delay in the issue of revised PPO to pre 2006 retirees pensioners/family pensioners. (as per the minutes of the JCM held on 26.02.20125).The following information was given at the meeting:

3.Finalisation of Family pension cases within a specified period.
It was stated by the official side that the instructions have already been issued. Regarding the complaint from the M.P. Circle of the Postal Department, the matter has been taken up with the concerned authorities on 6.2.2015. The representative of the Postal Department said that the complaint has been attended to and the matter has been settled.

Agenda Items for the meeting:

1. Grant of Gratuity on retirement/death of a Central Govt. NPS subscriber. The representatives of the Pension department said that the Department of Expenditure has given their concurrence for the grant of Gratuity for the NPS subscribers on 8.1.2016. The requisite amendment to the rules, they added were being processed and the consultation with the Law Ministry and the Labour Ministry have already been made. They said that they would expedite the issuance of orders in the matter.

2. Extension of the benefits of full pension to pre-2006 pensioners who had completed more than 20 years of service but less than 33 years. The Staff side said that despite series of judgements in favour of the pensioners, the Government has not yet issued the orders. Recently the Nagpur Tribunal has issued a contempt notice to the Government. They also alleged that the pensioners are being dragged to litigation. The Representatives of the Pension Department informed that the Department of Expenditure had not agreed to extend the benefit generally to all which has resulted in filing appeal. The representative of the Department of Expenditure stated that in the light of the view of the Department of legal affairs, the matter would be re-examined.

3. Delay in the finalisation of Family pension cases by the PCDA (Pension) Allahabad. In response to the complaint the representative of the Defence Ministry informed that only in a few cases, the finalisation has been delayed due to the documentation difficulties. They assured to sort out the matter.

4. Grant of modifed parity to all those who retired prior to 1.1.2006 with reference to the upgraded post. The Staff Side stated that the Department of Pension has taken a very narrow view of the matter and the cases are dragged to the courts of law. The very spirit of the recommendation of the 5th CPC to bring about atleast modified parity if not full parity has not been appreciated by the Govt. The issue was discussed at length. The official side pointed out the decisions of the Court in favour of the position taken by the Government in the case of K.S. Krishnaswany in CANO. 3174/3006, which has been upheld by the Honourable Gujarat High Court. In reply the Staff Side pointed out that the said decisions quoted by the official side had come about due to the phrase employed while issuing the original order viz. corresponding replacement scale. After some discussions, the Chairman agreed to look into the matter afresh and revisit the order of the Department of Pension in the matter.

5.The meeting also discussed the difficulties of Pensioners during the hearing of Pension Adalats. The Staff Side pointed out the need to engage some knowledgeable person to assistant the complainants. The official side said that there had been no prohibition in the matter. The Petitioners are entitled to seek the assistance of another pensioner in presenting his case. If specific complaint of denial of this facility is brought to their notice, the Pension Department will issue the necessary instruction in the matter.

The meeting ended with a vote of thanks to the Chair

Posted by NFPE at 2:59 PM No comments: Links to this post 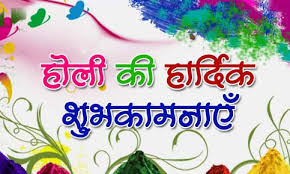 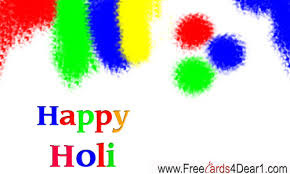 LEASE AGREEMENT FOR HIRING OF PRIVATE BUILDING BY THE CENTRAL GOVT. FOR OFFICE ACCOMMODATION CLICK HERE FOR DETAILS