IP – LDCE RESULT IS LIKELY TO BE ANNOUNCED  WITH IN A WEEK.
LGO- LDCE – EVALUATION PROCESS IS IN MIDWAY. RESULT TO COME IN THE LAST WEEK OF THIS MONTH.

Keep the tempo on.

National Secretariat of the Confederation held on 28-04-2015 has decided to organise two day’s All India Women’s Workshop and Trade Union Camp in the month of September/October 2015 at Hyderabad. C-O-C Hyderabad will finalise the dates and venue in consultation with CHQ immediately.  150 women delegates will attend the workshop and Trade Union Camp.  Quota of delegates to each organisation and C-O-C will be intimated later.


INDEFINITE STRIKE OF POSTAL EMPLOYEES FROM MAY 6TH CONFEDERATION DECLARES FULLSUPPORT AND SOLIDARITY HALF-A-DAY WALKOUT AND MASS DHARNA IN FRONT OF POSTAL/RMS OFFICES ON 7TH MAY, 2015 MAKE IT A GRAND SUCCESS


2.    All Affiliated organisations.
3.    All General Secretaries C-O-Cs.
Dear Comrades,
As you are aware, more than five lakhs Postal and RMS employees including Gramin Dak Sevaks and Casual, Part-time, Contingent employees, under the banner of Postal Joint Council of Action (PJCA) comprising National Federation of Postal Employees (NFPE), Federation of National Postal Organisations (FNPO), All India Postal Employees Union GDS (NFPE) and National Union of GDS have decided to go on nationwide indefinite strike from 6th May 2015.  Main demands are (1) No Corporatisation or privatisation of Postal Services, (2) Inclusion of GraminDak Sevaks under 7th CPC and  grant of Civil Servants status with all benefits.  (3) Implementation of Cadre-Restructuring agreement and (4) Settlement of other cadre-related issues.
Confederation National Secretariat meeting held on 28-04-2015 at New Delhi, has decided to extend full support and solidarity to the Postal strike.  Accordingly the following decision was taken:
ALL CENTRAL GOVT.EMPLOYEES BELONGING TO ALL AFFILIATED FEDERATIONS/UNIONS/ASSOCIATIONS OF CONFEDERATION SHALL CONDUCT HALF-A-DAY’S WALK-OUT PROGRAMME AND SHALL ORGANISE MASS DHARNA AND DEMONSTRATIONS IN FRONT OF SELECTED POST OFFICES/RMS OFFICES THROUGHOUT THE COUNTRY ON 7TH MAY 2015 THURSDAY ie; THE SECOND DAY OF THE STRIKE.  If the strike is prolonged due to the negative attitude of the Government, the Confederation shall decide and declare further course of action.
All affiliated organisations and C-O-Cs are requested to take necessary action to implement the above programme successfully at all centres.
Fraternally Yours,
M. Krishnan,
Secretary General,
Confederation.
HAPPY MAY DAY

RTP Services to count for MACPs 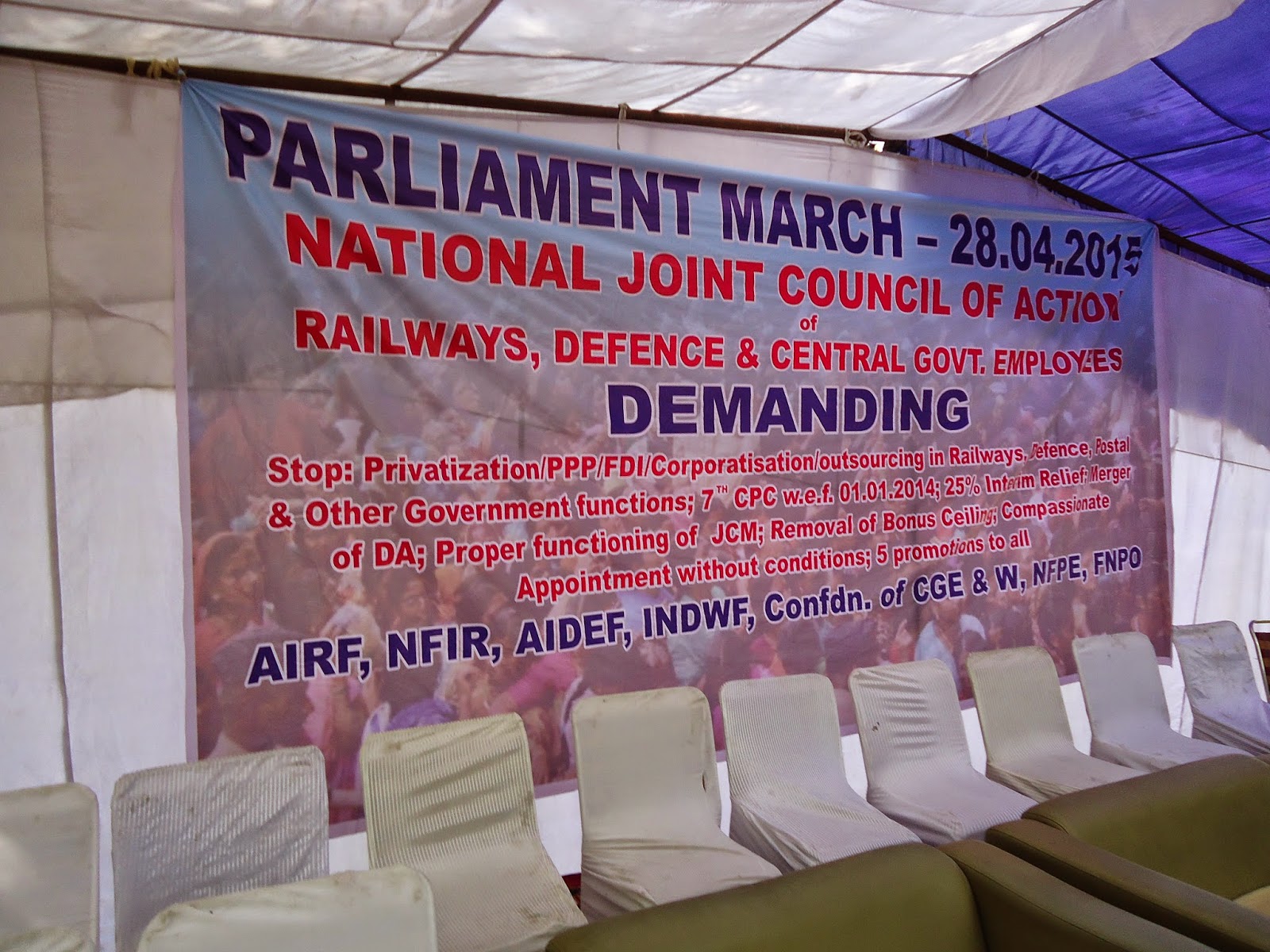 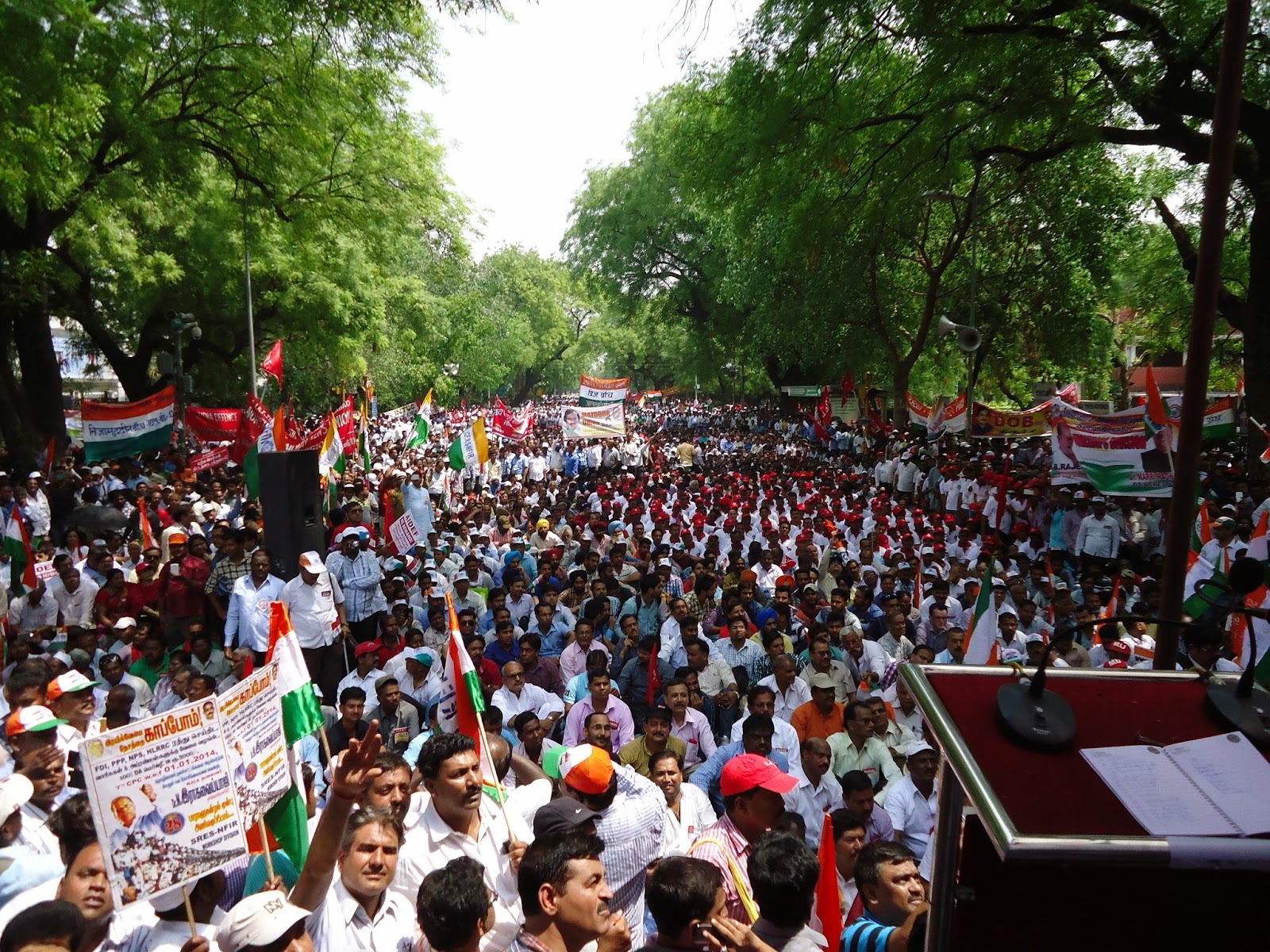 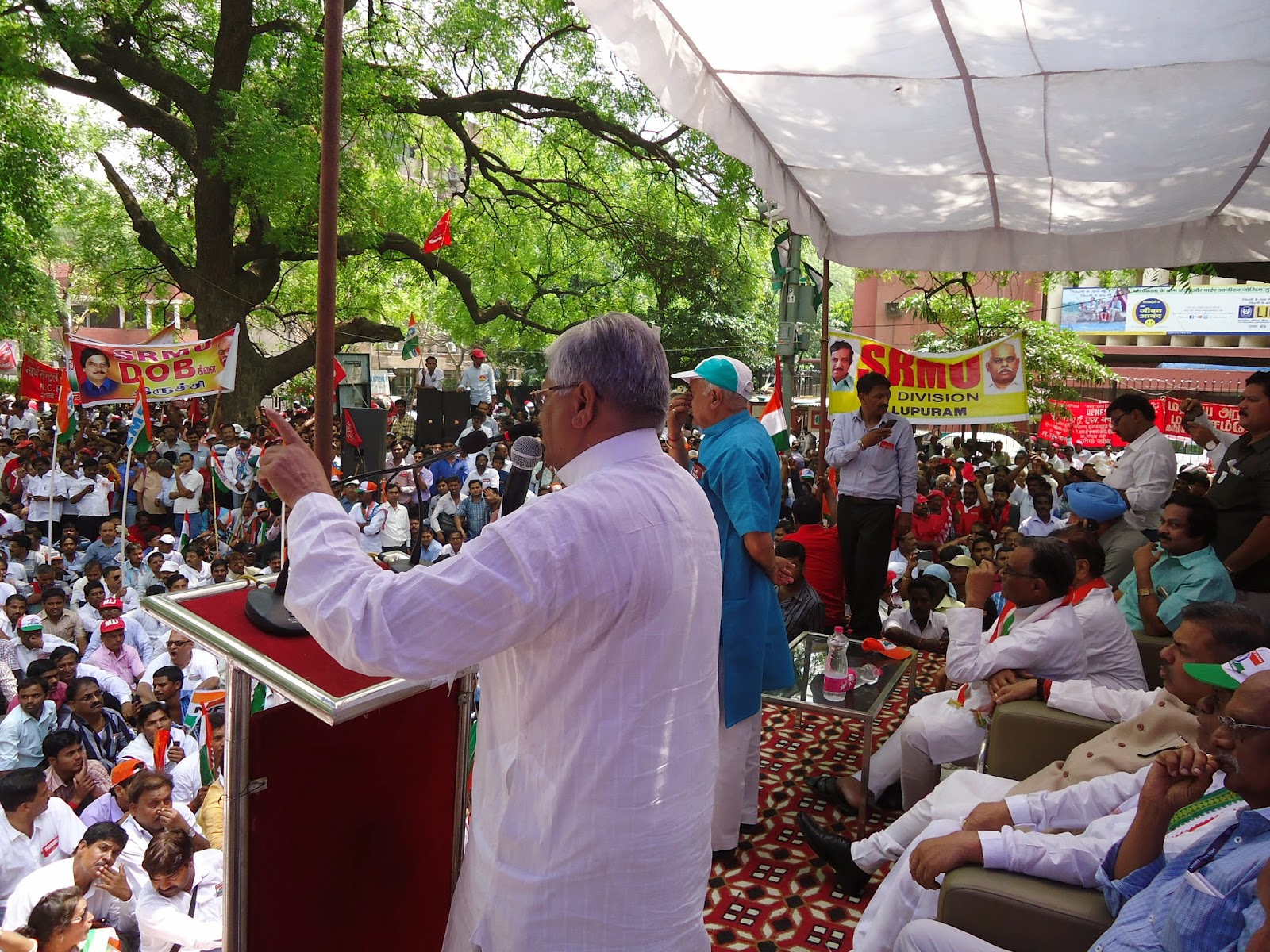 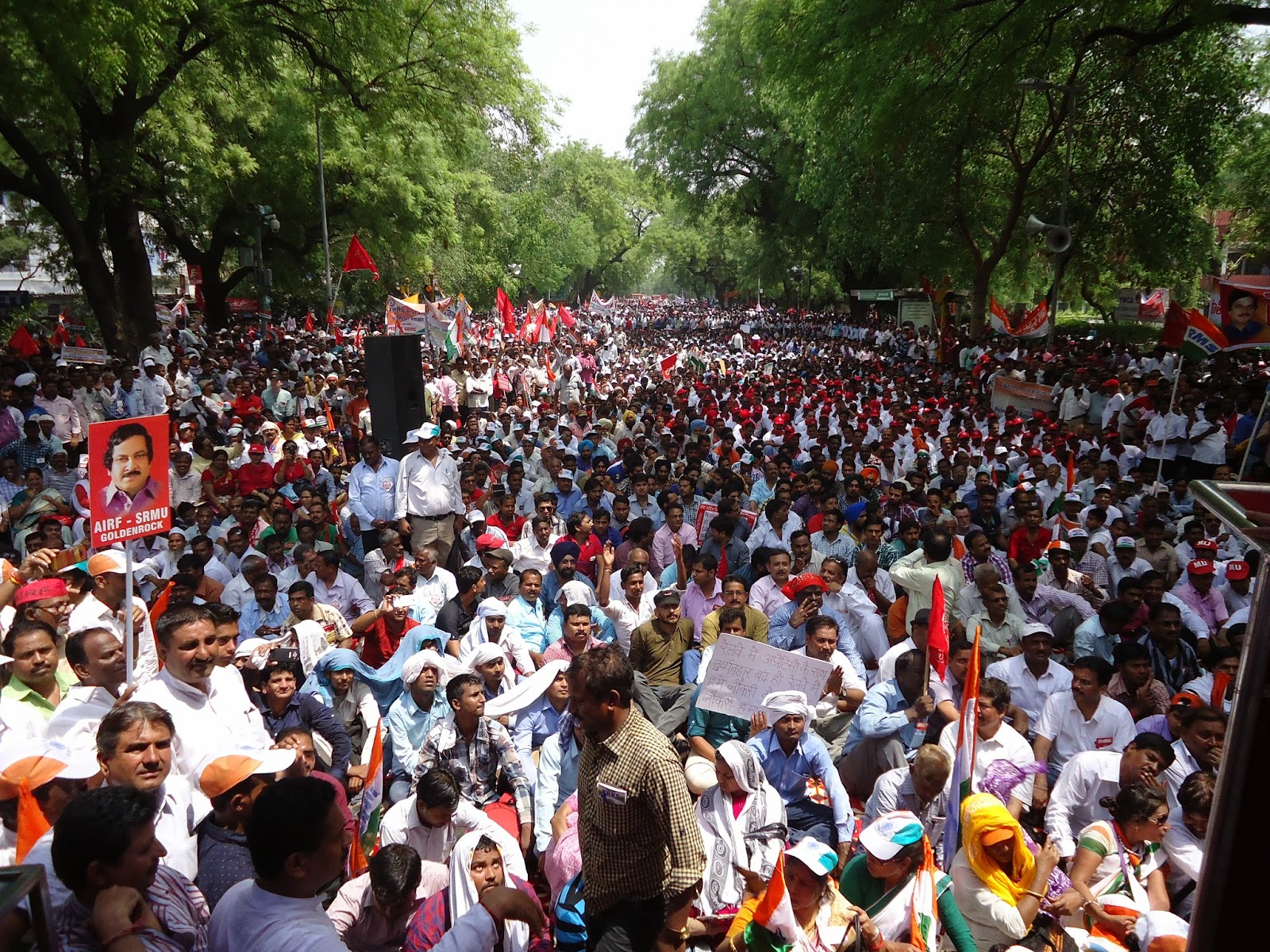 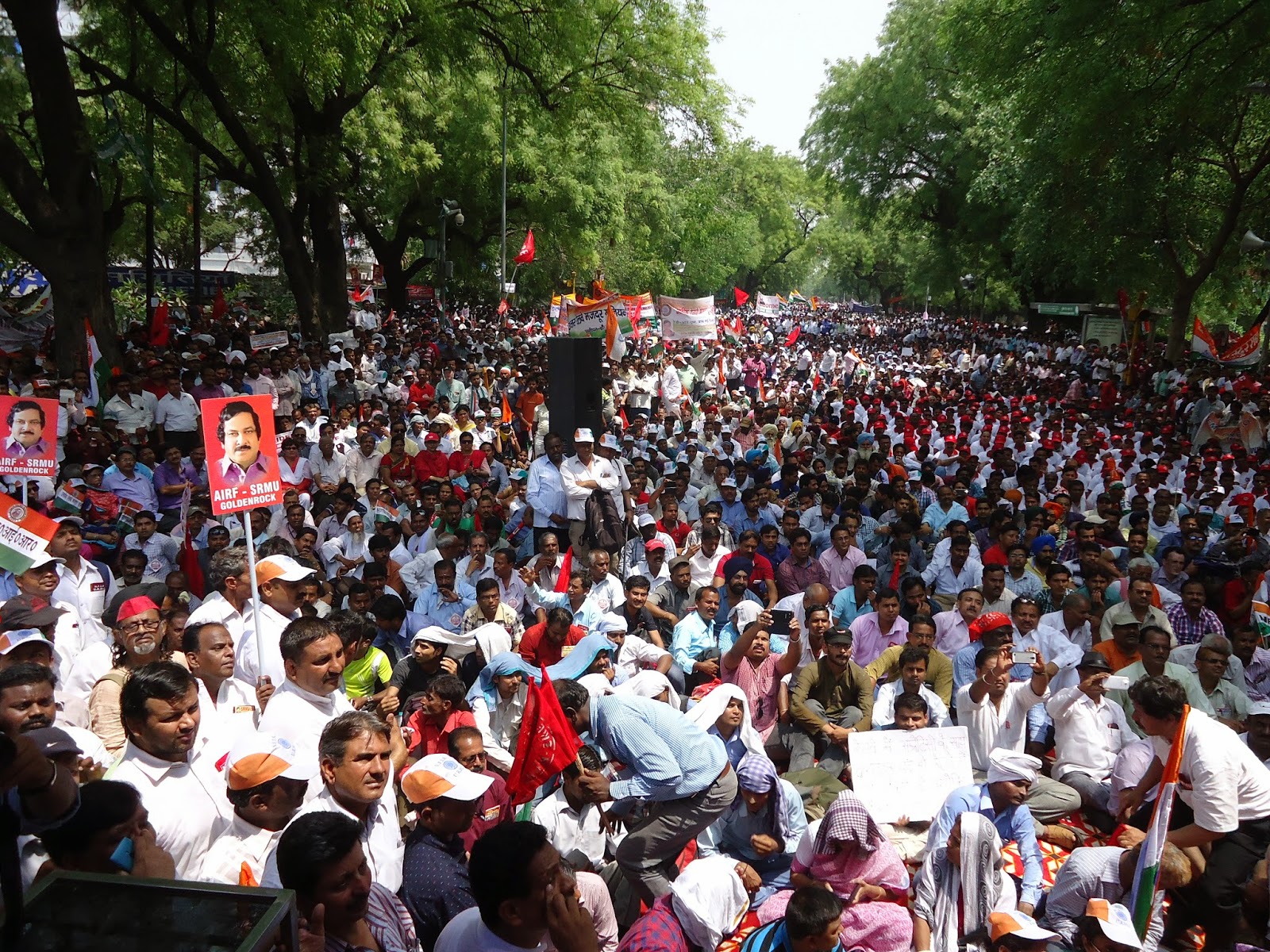 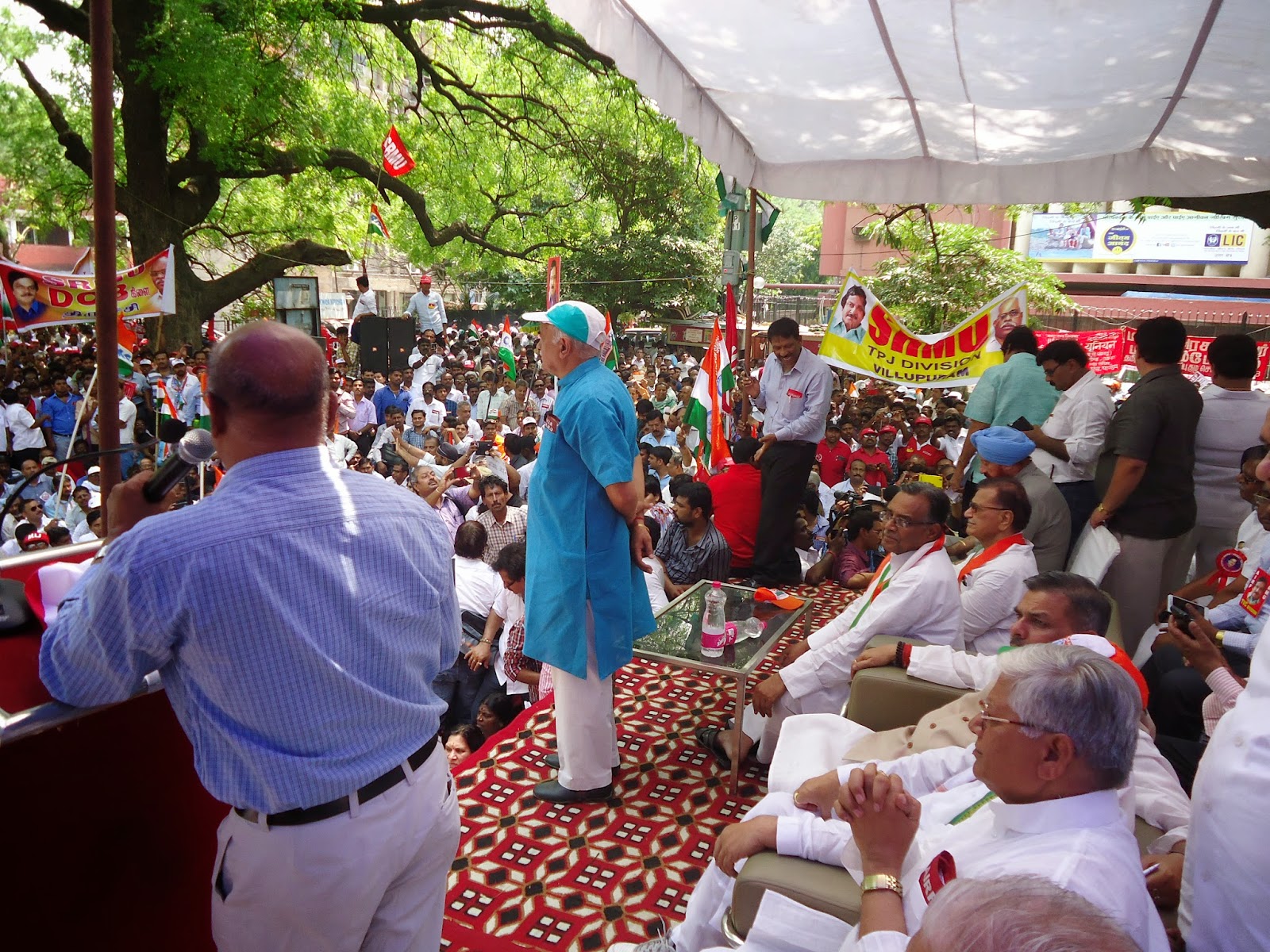 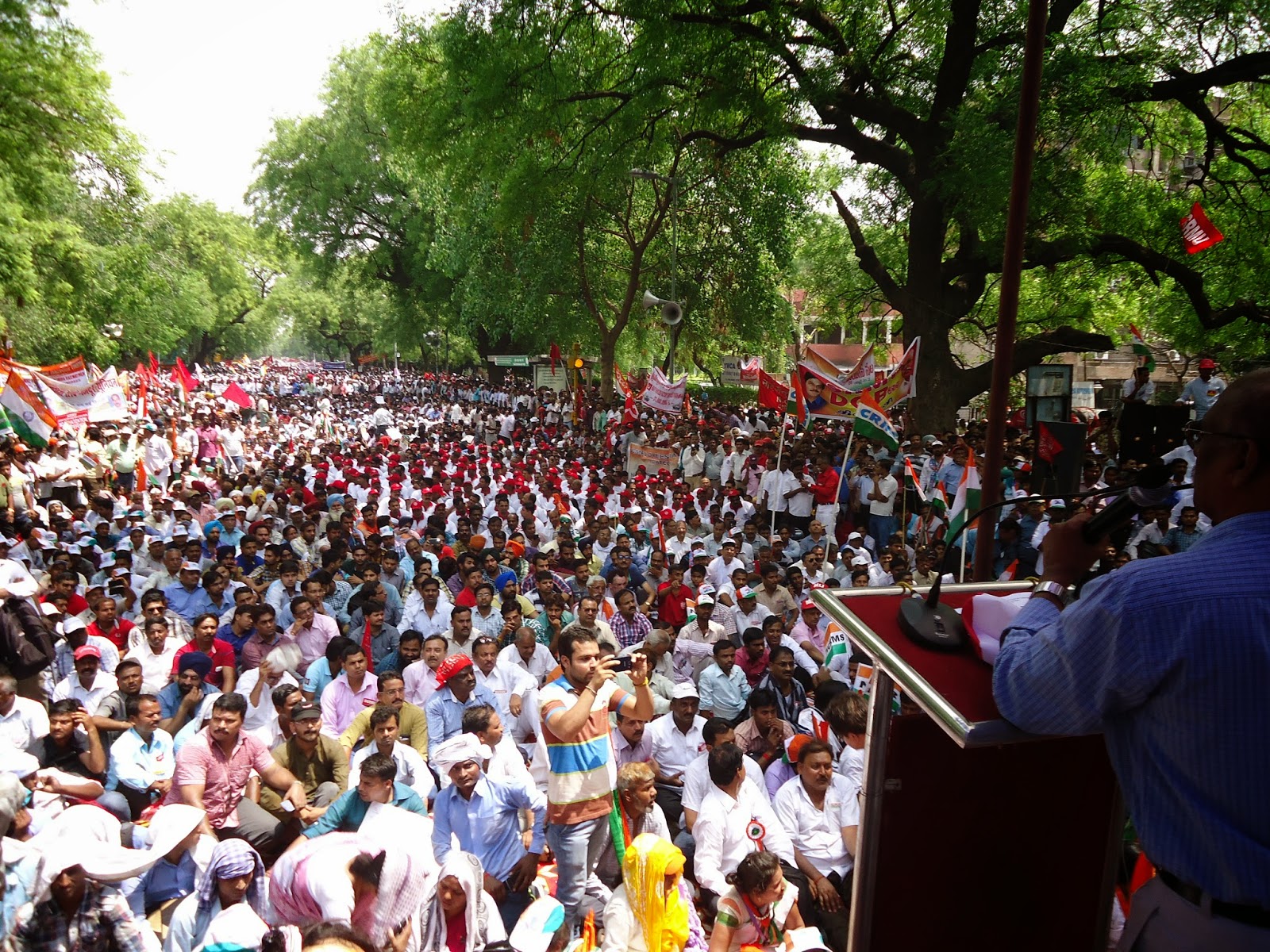 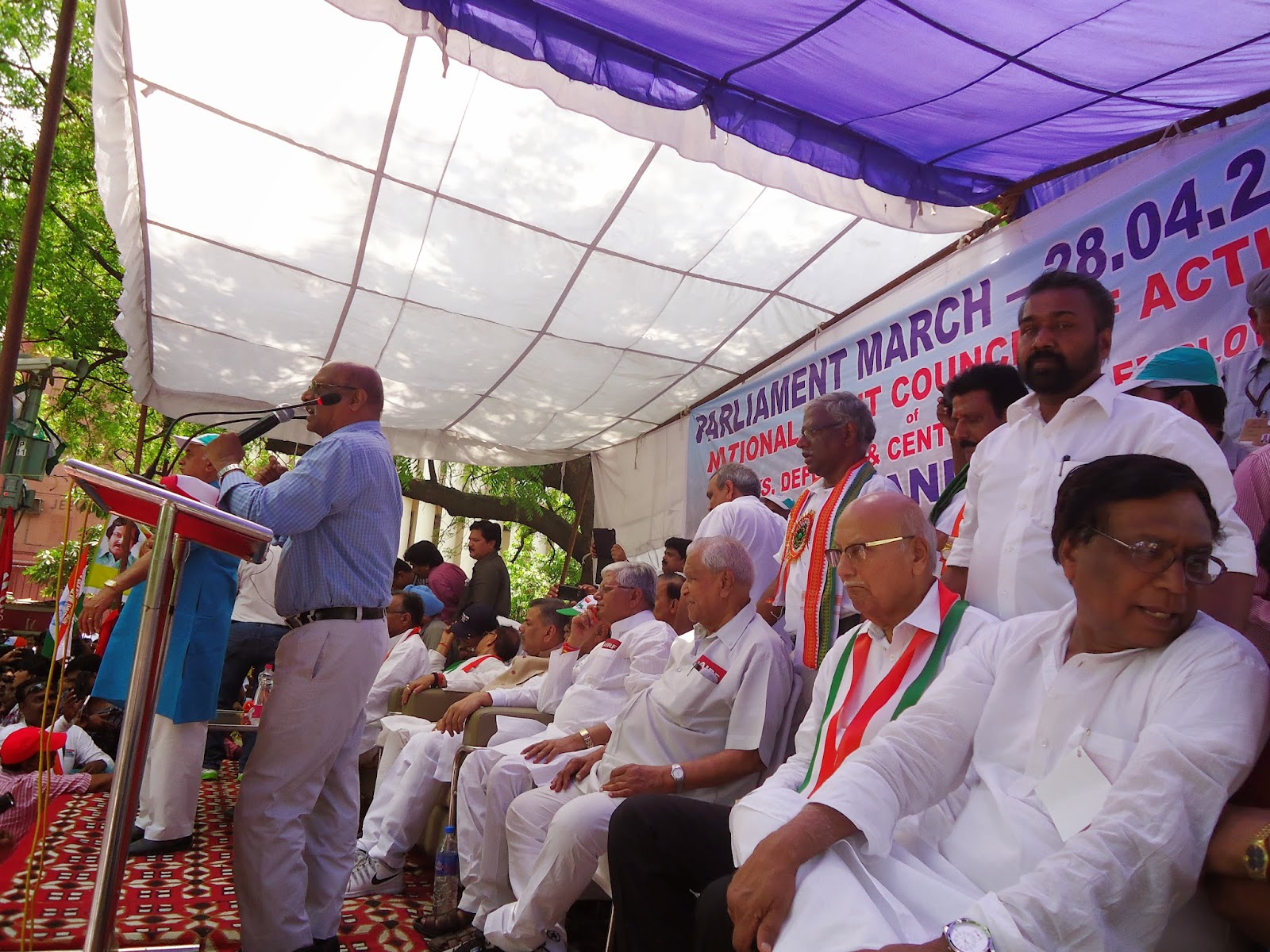 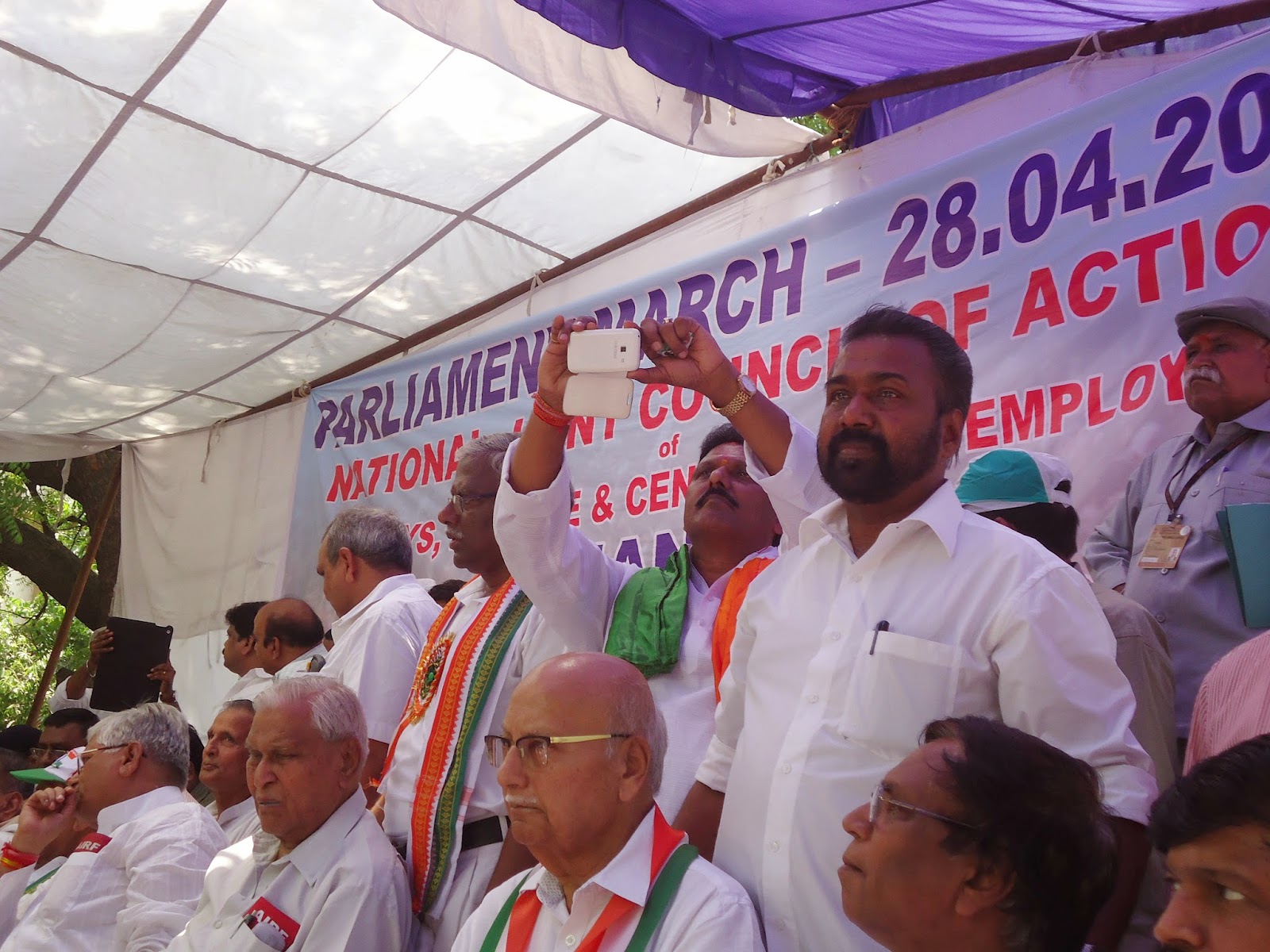 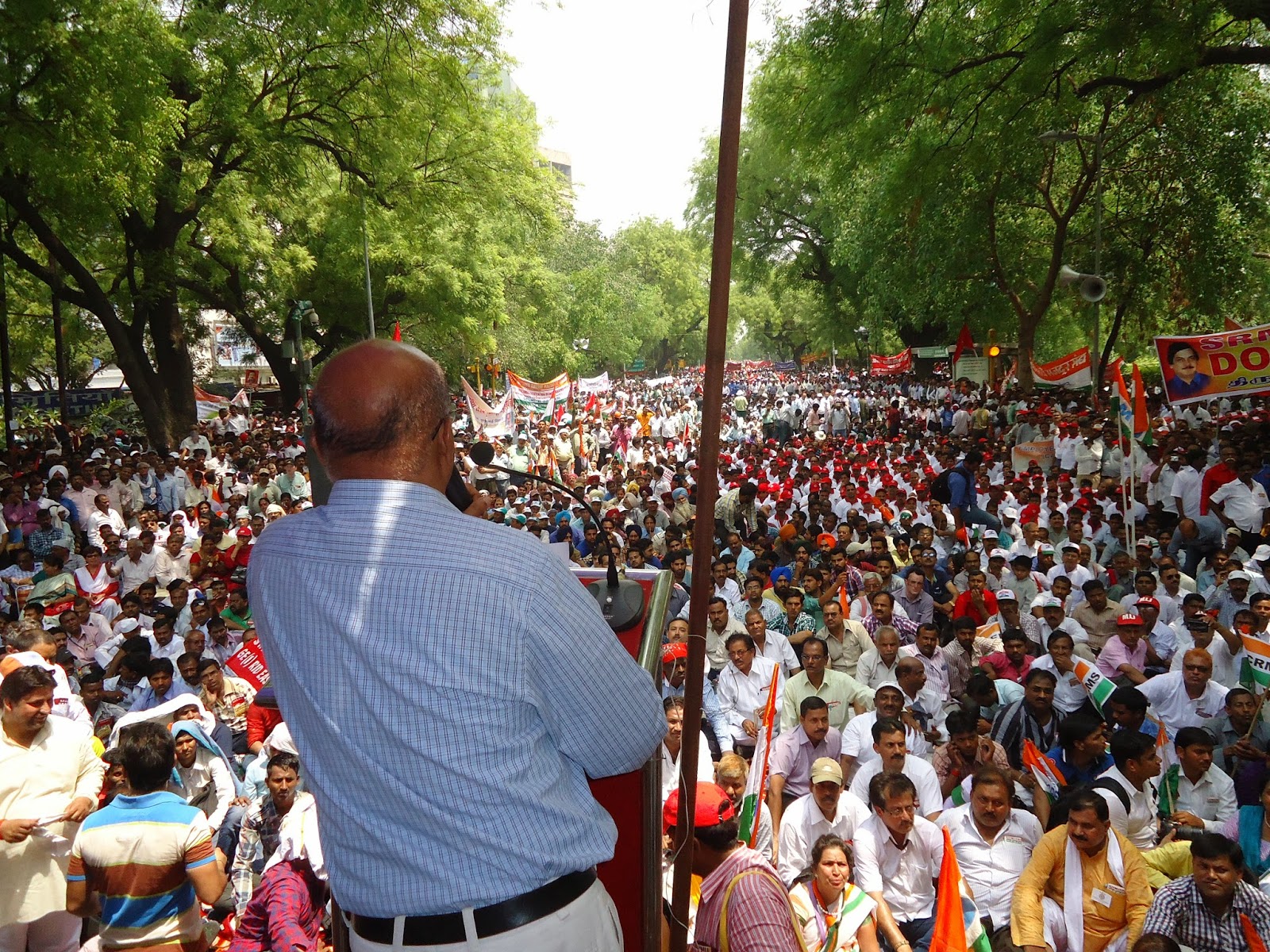 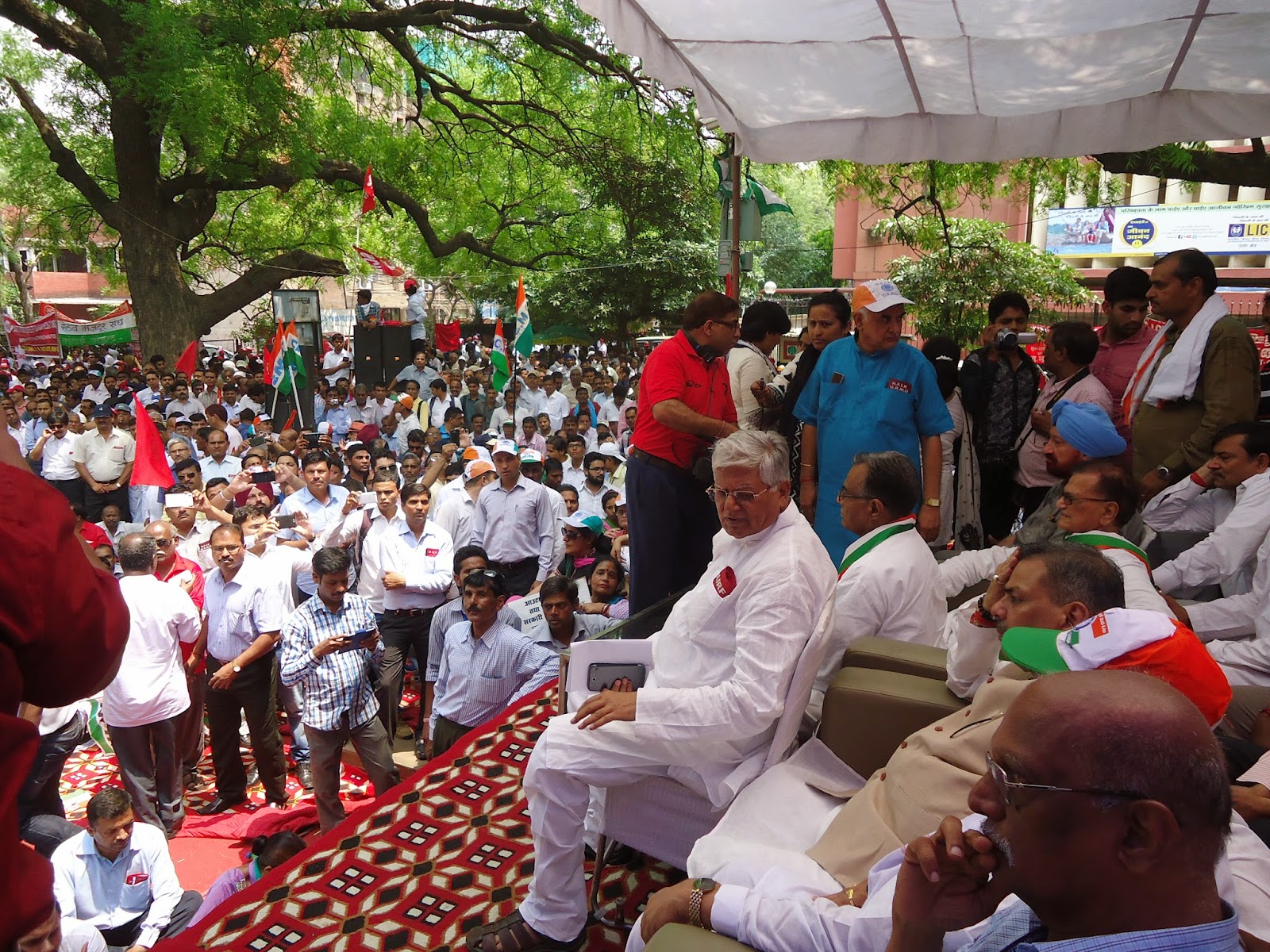 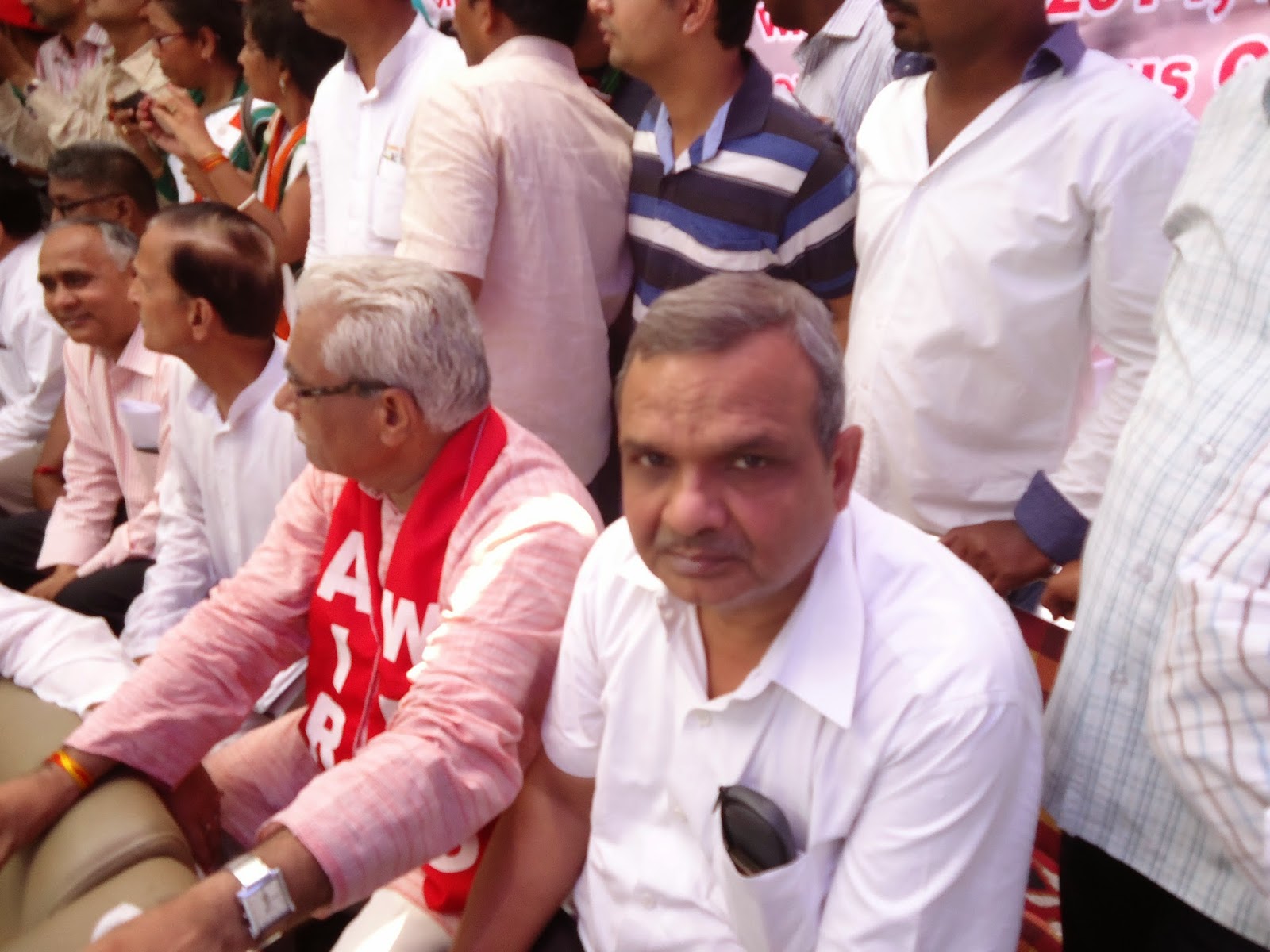 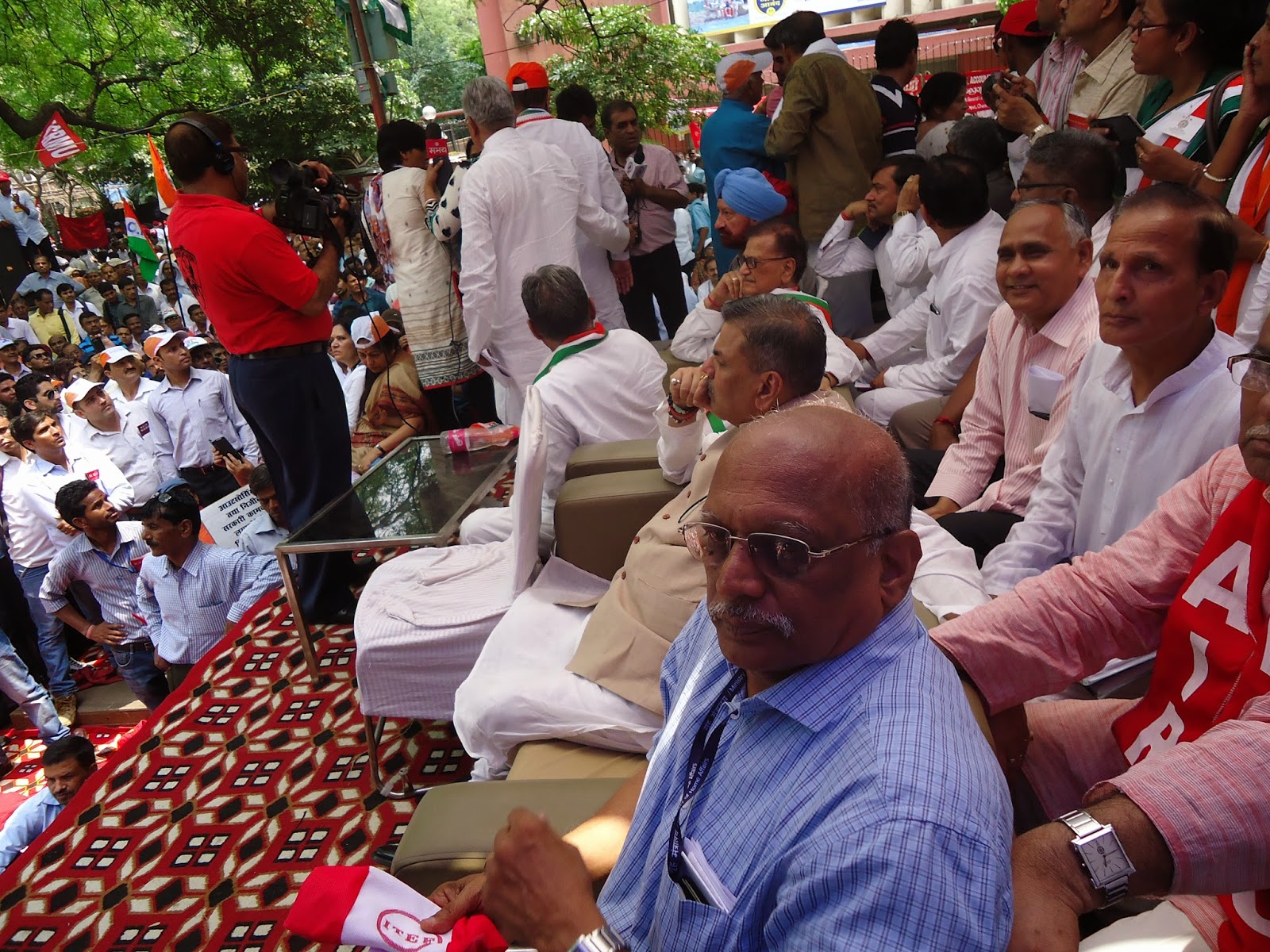 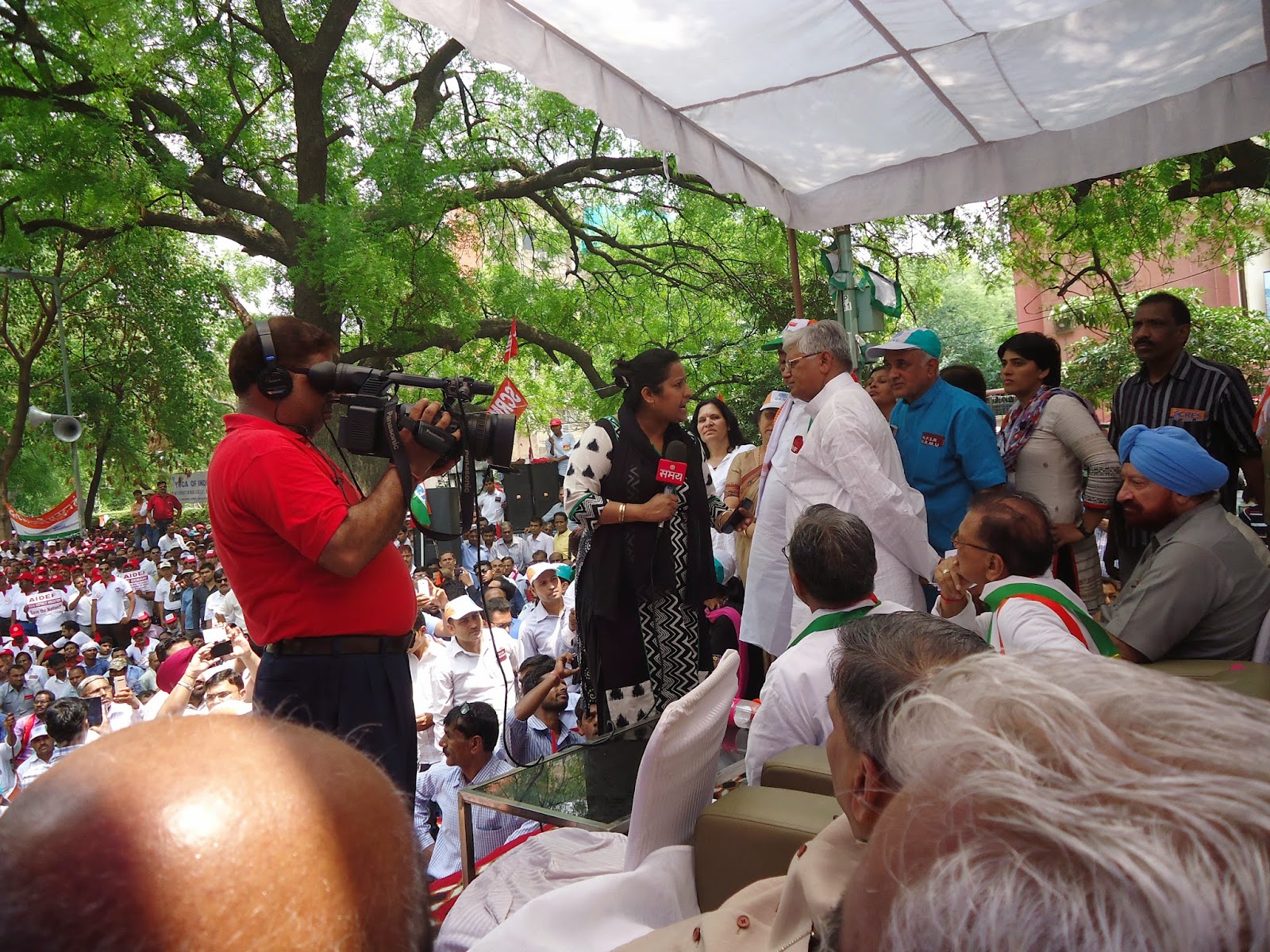 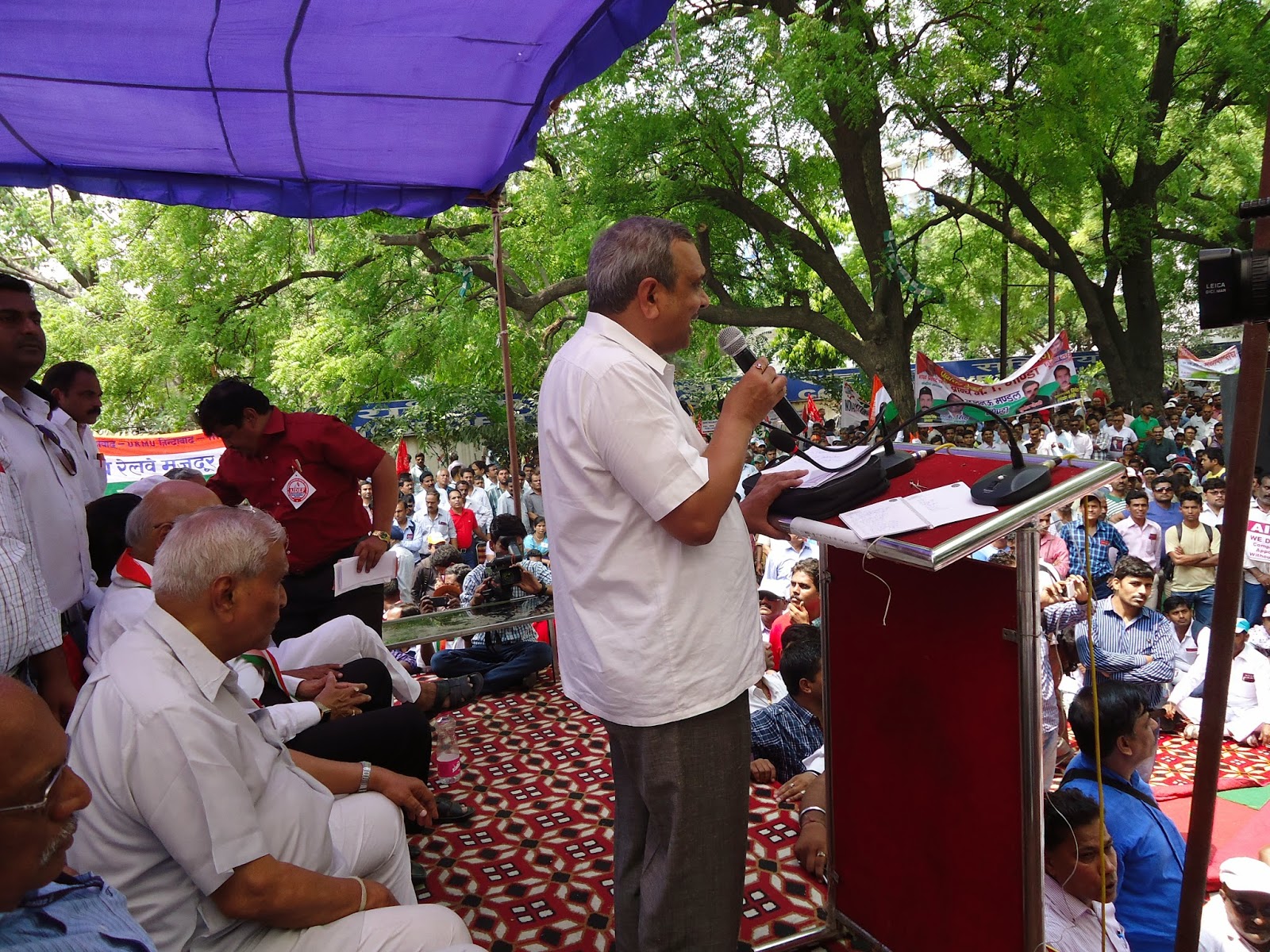 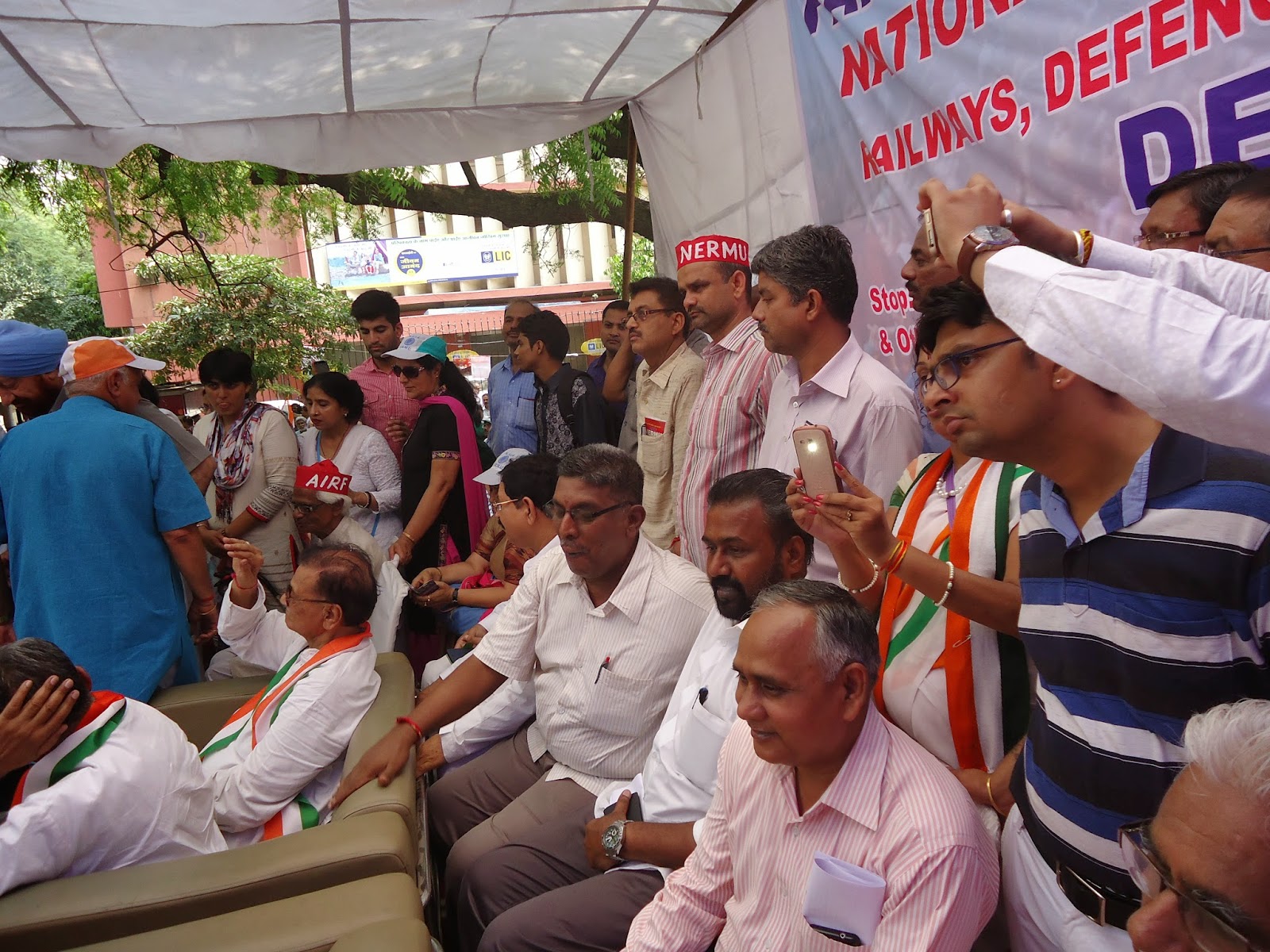 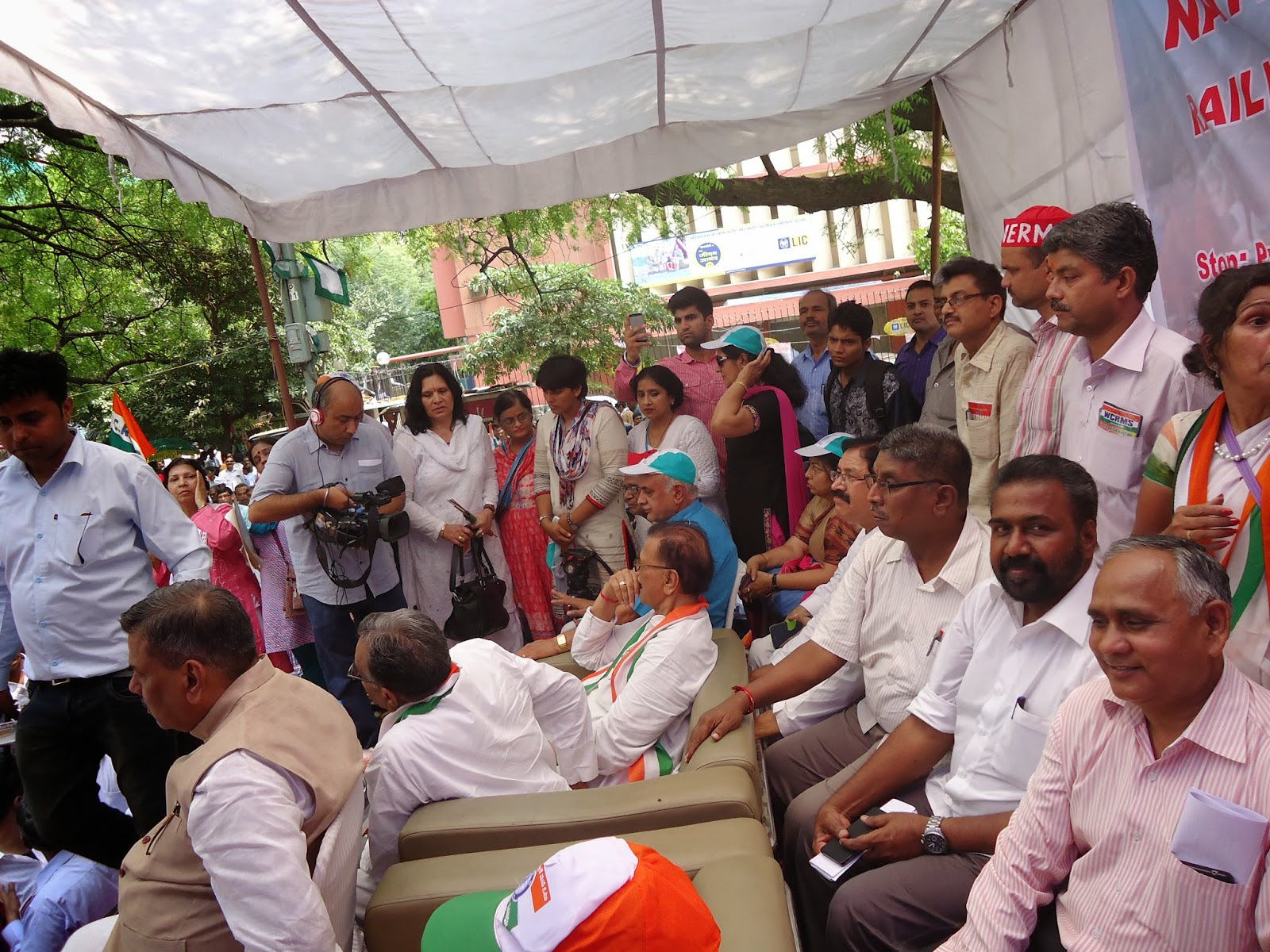 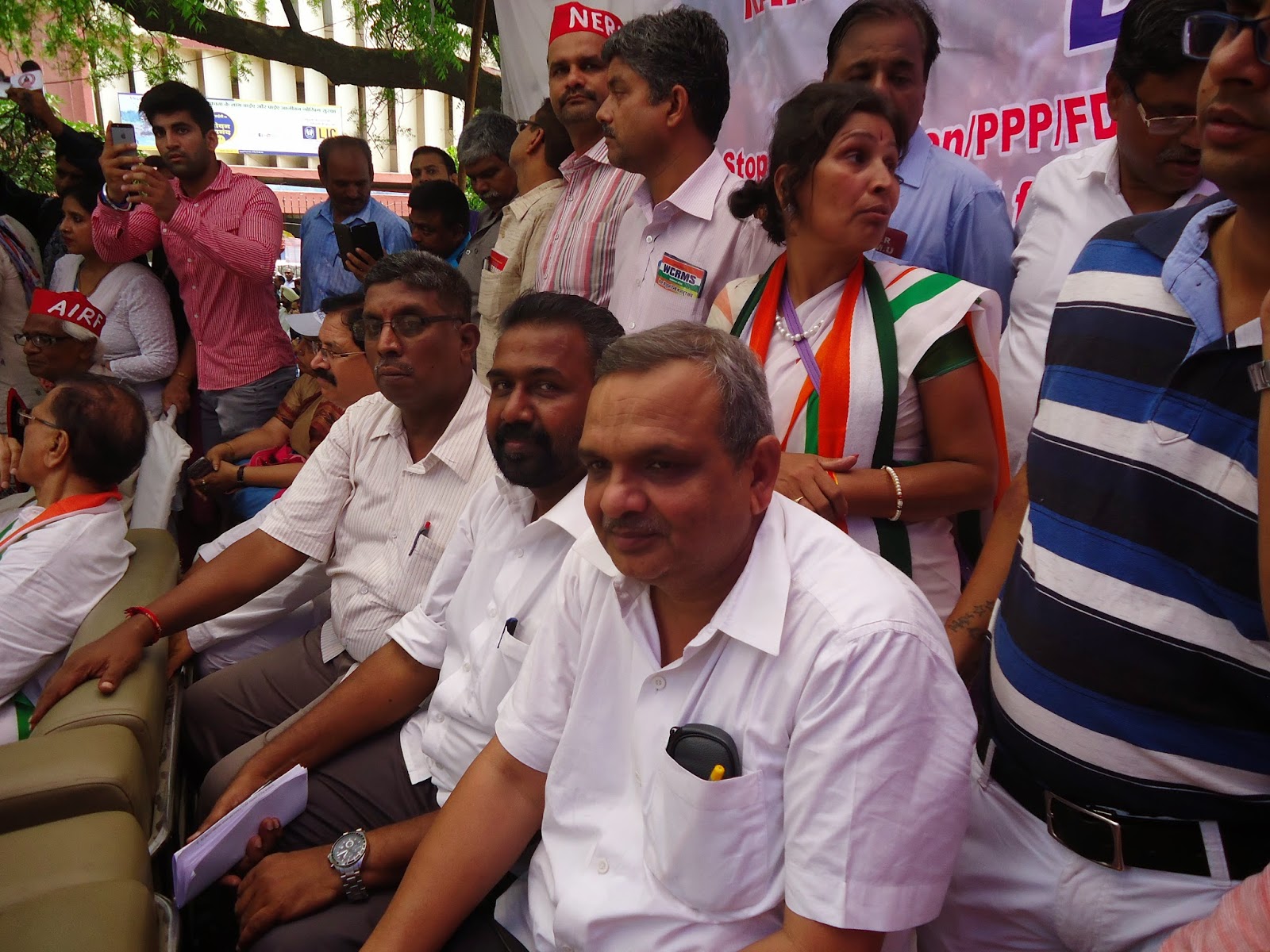 Extension of last date for filing of revised returns by public servants under section 44 of the Lokpal and Lokayuktas Act, 2013 upto15th October,2015 CLICK HERE FOR DETAILS 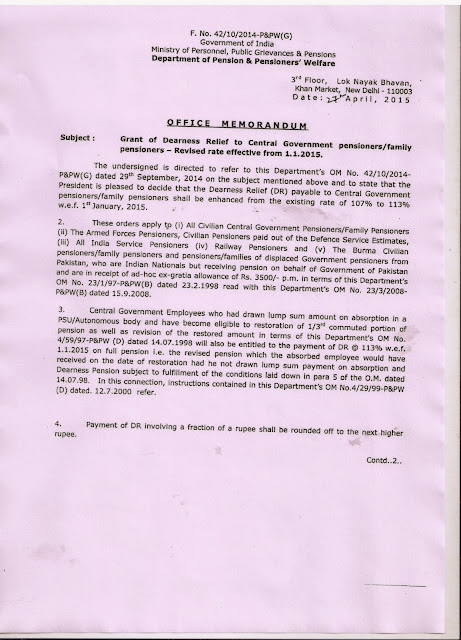 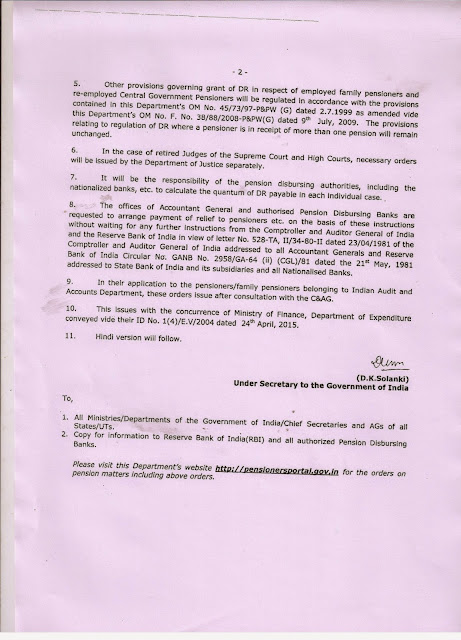 Government Decides to Fix Interest Rates at 8.7% for General Provident Fund(GPF) and other Similar Funds Including Special Deposit Scheme, 1975(SDS,1975) for Non-Government Provident, Superannuation and Gratuity Funds for the Financial Year 2015-16.

It was decided by the Government to link the interest rates of State PFs (General Provident Fund and other similar funds) including Special Deposit Scheme, 1975 (SDS, 1975) for Non-Government Provident, Superannuation and Gratuity Funds for the FY 2015-16 to Public Provident Fund (PPF) rates. In pursuance of that decision, the Government has decided to fix the rates 8.7% per annum applicable to the following:-

Recently, the Government had kept the interest rates for PPF and other Small Savings Schemes intact.  However, interest rates for 5 year Senior citizen Saving Scheme and Sukanya Samriddhi Account Scheme have been increased from 9.2 to 9.3% and 9.1 to 9.2% respectively, keeping in view the commitment of the Government towards the welfare of the girl child and the senior citizens.    DSM/KA : 21.04.2014 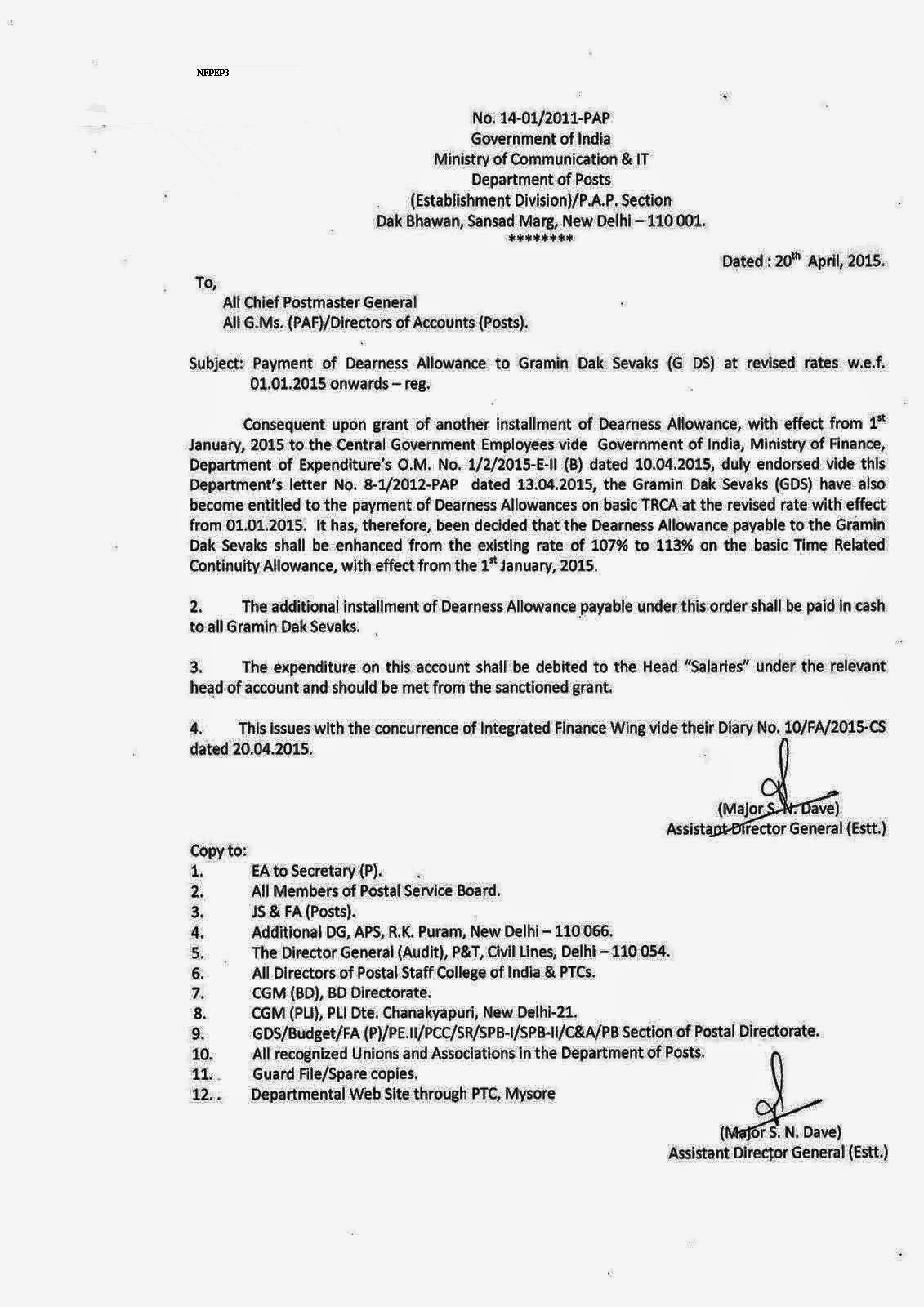 Dear Comrades,
As you are aware BSNL Employees are organizing TWO DAYS NATIONWIDE STRIKE on 21st & 22nd April 2015. Their main demand is "SAVE BSNL & SAVE NATION" ie:; to change the anti-BSNL and anti-people Telecom policy of the NDA Govt which is aimed at destroying the public sector BSNL paving way for for eventual privatization. After Modi Govt coming to power, the same policy is being vigorously pursued in all Central Govt services including the biggest departments like Railways, Defence and Postal. Needless to say that success of our struggle against this policy of the Govt depends upon the success of the struggle of BSNL workers. .
National Secretariat of the Confederation calls upon all affiliates and COCs to express solidarity with the fighting BSNL workers by holding demonstration in front of BSNL offices at all important centers during the two day's strike. 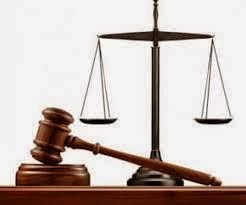 The Aurangabad bench of the Bombay high court (HC) has stayed the recruitment process being conducted by the postal department. During the entrance examination conducted at 26 centres across the state on March 29, some visually impaired students in Osmanabad were denied entry on the grounds that they were accompanied by writers/scribe having qualification above std X. Thereafter, five visually impaired students had approached the court.

In January this year, the postal department had invited online applications from eligible candidates for direct recruitment for the posts of postman/mail guard in postal/RMS divisions.

Lawyer Swapnil Tawshikar, who filed a writ petition in the HC on behalf of the aggrieved party, told TOI, "In the list of instructions mentioned on the admit cards, visually impaired candidates were allowed to take assistance of scribe/writers for the said examination. However, 25 such candidates, who reached the exam centre in Osmanabad, were not allowed to appear for the examination on the ground that the writers brought by them had education qualification above matriculation."

Vishal Lohare (24), a native of from Latur district, along with four students decided to represent the 25 candidates who were not allowed to appear for the examination. All the five candidates approached the Aurangabad bench of the Bombay HC and filed a writ petition through lawyers Tawshikar and Anant Devakate. Tawshikar said the HC bench comprising justices SS Shinde and PR Bora heard the matter on April 10. The lawyers told the court the guidelines issued by the central government make it clear that visually impaired people can take assistance of writers while appearing for any written examination. The guidelines further mention that there shall be no restrictions on education qualifications, marks and age of the writer.
Posted by All India RMS & MMS Employees Union - Group 'C' at 10:43:00 AM