Meeting of Group of Senior Officers to discuss the grievances arising out of recommendations related to 7th Central Pay Commission - reg. 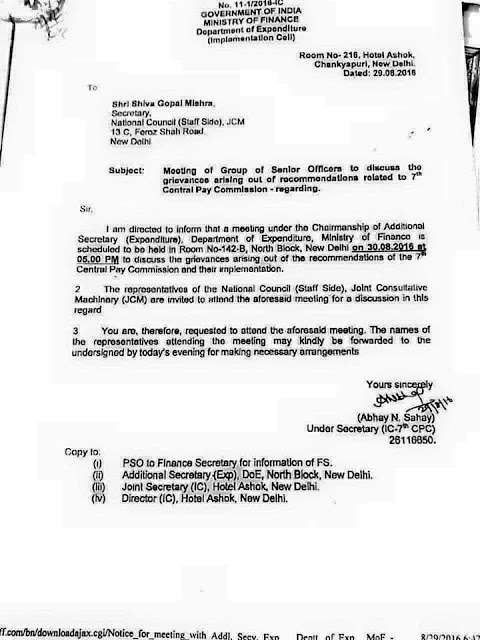 Government Understands the language of struggle and strike only. 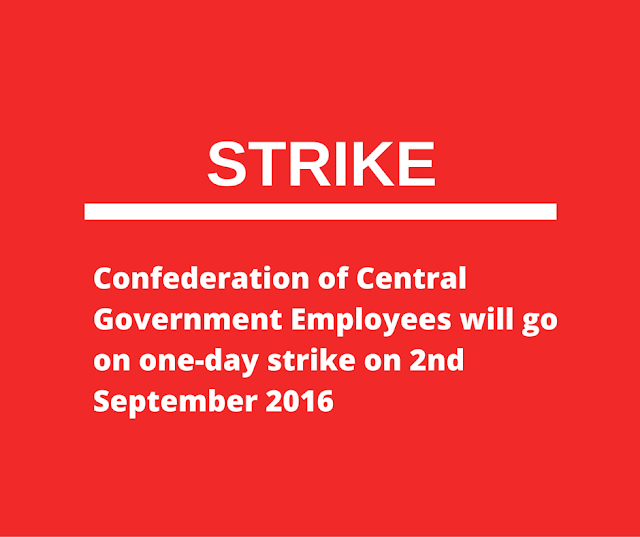 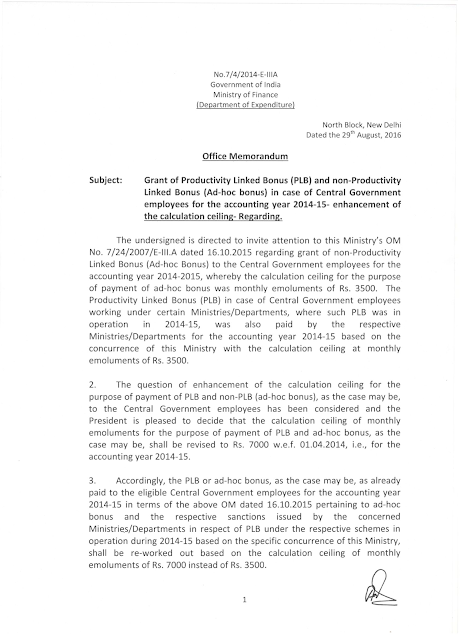 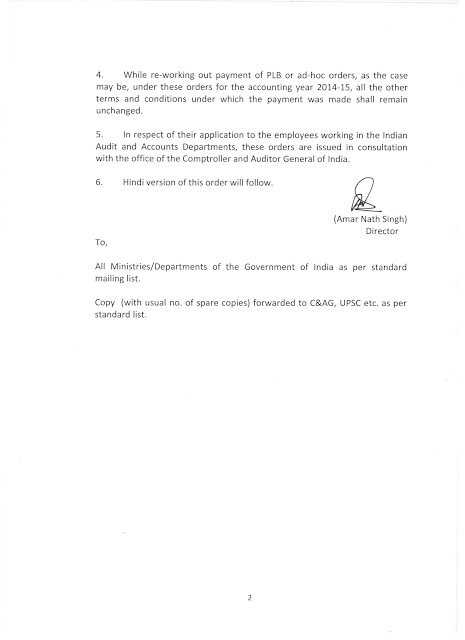 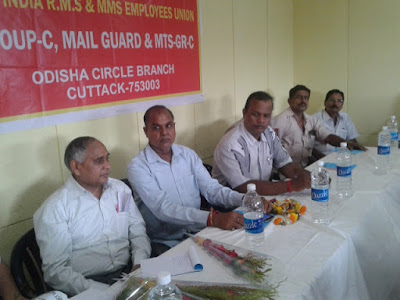 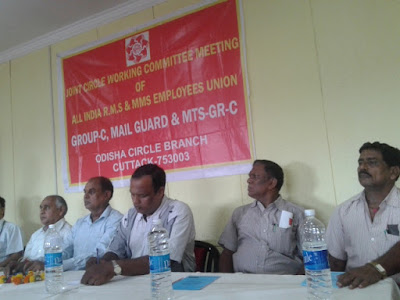 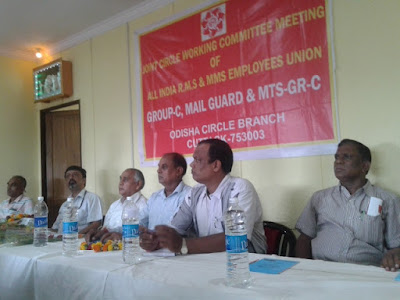 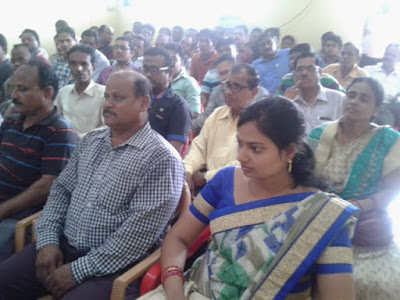 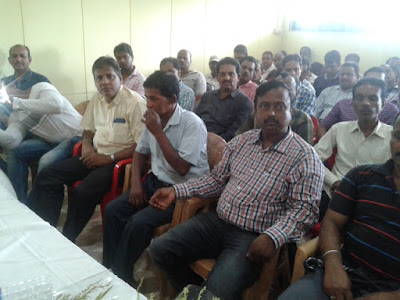 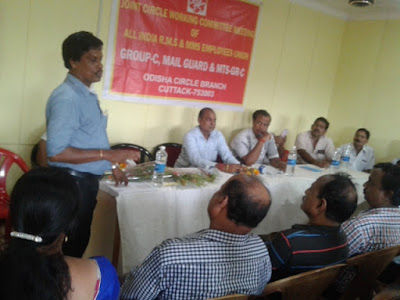 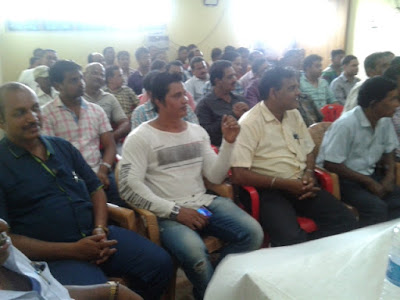 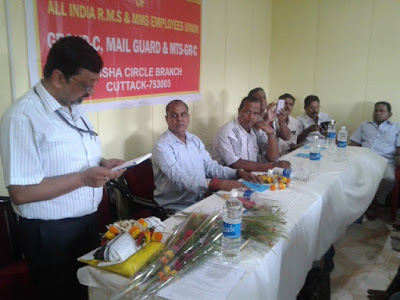 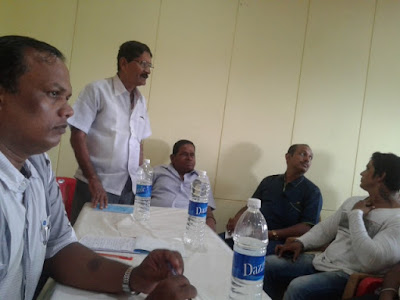 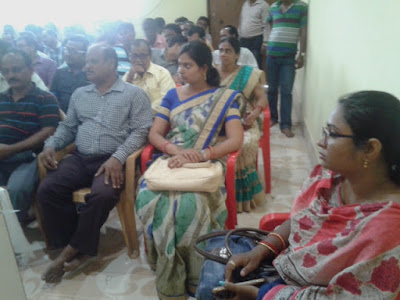 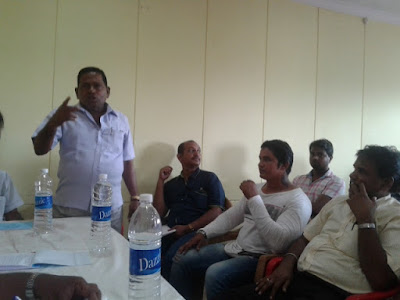 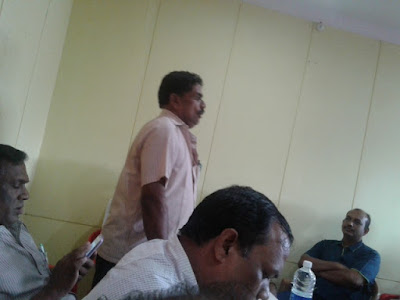 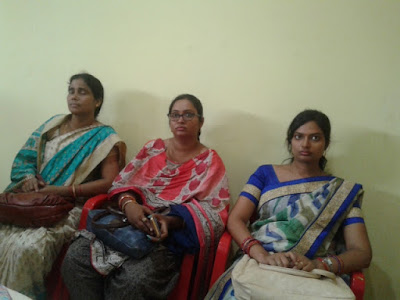 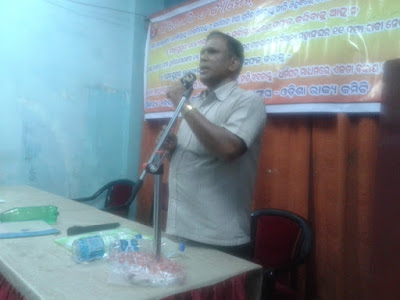 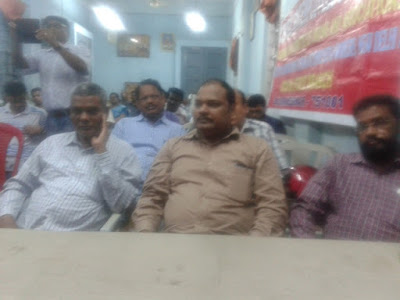 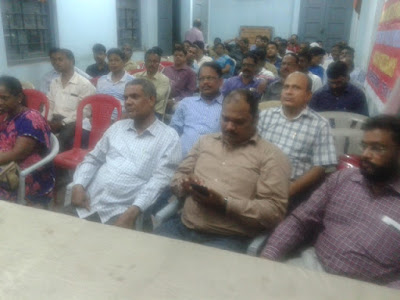 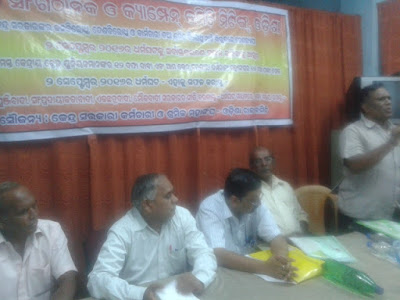 2nd SEPTEMBER -2016  ONE DAY  ALL INDIA GENERAL STRIKE ON CALL OF ALL CENTRAL TRADE UNIONS & INDEPENDENT FEDERATIONS INCLUDING  CONFEDERATION OF CENTRAL GOVERNMENT EMPLOYEES  AND WORKERS AND NATIONAL FEDERATION OF POSTAL EMPLOYEES.

1.     Urgent measures for containing price rise through universalization of public   distribution system and banning speculative trade in commodity market.
2.     Containing unemployment through concrete measures for employment generation.
3.     Strict enforcement of all basic labour laws without any exception or exemption and stringent punitive measures for violation of labour laws.
4.     Universal social security cover for all workers.
5.     Minimum wage of not less than 18000/- per month with provisions of indexation (for unskilled worker).
6.     Assured enhanced pension not less than 3000 p.m for the entire working population (including unorganized sector workers).
7.     Stoppage of disinvestment in Central/state public sector undertakings.
8.     Stoppage of contractorisation in permanent/perennial work and payment of same wage and benefits for contract workers as that of regular workers for the same and similar work.
9.     Removal of all ceilings on payment and eligibility of bonus, provident fund and increase in quantum of gratuity.
10.Compulsory registration of trade unions within a period of 45 days from the date of submitting application and immediate ratification of ILO conventions C-87 & C-98.
11.No FDI in Railways, Defence and other strategic sectors.
12.No unilateral amendment to labour laws.

THE working class is a prime target of attack under the neo-liberal regime in the country.From the initial days of the policy pronouncements in 1991, ruling class and policy makers have been targeting the working people and their hard earned rights.
Even while discussing about more investments, industrialisation, creation of employment opportunities, those in the authority could only identify rigidity and multiplicity of labour laws along with the `mushrooming’ of trade unions as hurdles. Along with this were the slogans of `flexibility’ and `downsizing’ which were presented as the way out of the crisis engulfing the country.

The experience of the Indian working class, during the last 25 years, confirms the apprehensions expressed by the trade unions in the country, though at that time they were not a united voice.  Only those of the Left spectrum had an understanding  of the catastrophe that would happen if these policies were implemented.

The efforts for implementation of the `reforms’ had begun in 1991 itself.  The labour laws in the country, product of the long drawn battles of the working people, were targeted.  This included the right to form a union of the workers’ choice.  The Trade Union Act in the country was enacted in 1926.  It is also a fact that despite this legislation being enacted during the British regime, the republic of India could not even to-day guarantee the right to collective bargaining for the workers, by making  it mandatory at the  national level for the employers  to recognise a trade union.

The implementation of the ‘reforms’, as far as the labour laws were concerned had various components like non-implementation of existing laws; dismantling of the enforcement machinery of the government and new amendments to the existing laws against  the interests of workers. But, the resistance movements including the massive strikes and also the overall political situation in the country and the coalition governments at the centre with the major party not having majority of its own were hurdles to these efforts.

While the attacks on the democratic and trade union rights have been continuing for the last 25 years, major amendments could not be passed. The right to form unions was denied almost fully in the new Industries in various parts of the country.  Not only the multinational companies, but the Indian corporates who had to recognise this right in their establishments earlier, started emulating the MNCs.

In this situation, the employers could easily get rid of the job security of workers.  Casualisation and contractorisation of regular jobs became the rule.  Extreme cases of not having a single regular worker in factories which went on production schedules for years came to light when workers came out to form unions to fight the exploitation.

The result of this was that more than 60 percent of the work force in the organised sector is denied even statutory minimum wages and social security benefits like ESI and EPF.  More than 50 percent of workers in the public sector and around 70 percent in private sector are contract workers.  These workers under different nomenclature are employed in permanent, perennial and continuous jobs in total violation of Contract Labour (Regulation and Abolition) Act and other labour laws.  12 hours work has become the order of the day in many establishments.

Another aspect of this is that the share of wages in industrial sector has been continuously declining from around 30 percent in 1982-83 to 12.9 percent in 2012-13.  This has been falling further while the share of profits increased from around 20 percent to 50 percent during the above said period.
The situation from 1991 continued upto 2013 in the same trajectory, though under different regimes.  The situation has changed for the worse with the NDA government under Narendra Modi coming to power after the general elections in 2014. The Modi government is moving aggressively, creating a devastating impact on the lives and livelihood of the working people of the country.

With the employment opportunities receding, the exploitation has increased manifold.  Working people in all the sectors – organised, unorganised, public, private – are facing a critical situation.  Along with them are those working in the governmental schemes categorised as volunteers who are paid only an honorarium, and who number more than ten millions.

A series of amendments have been proposed by the government of India during the last 26 months.  While the government has announced its decision to convert 44 Labour laws into five labour codes, removing all the rights and protection clauses for labour, the drafts of Wage Code Bill and Industrial Relation Code are ready to be introduced in parliament.  The Factories Amendments Bill is already in parliament and the government has rejected all the recommendations of the standing committee and is going ahead with more retrograde amendments.  Simultaneously a new Bill – Small Factories Bill – is being readied.  The net result of these two Bills related to factories is that more than 75 percent of the factory workers will go out of coverage of the Factories Act and also 14 other basic labour laws including Minimum Wages Act, Maternity Act, ESI and EPF Acts.

In total, in the name of ending inspection raj the enforcement machinery has been dismantled, the basic right to form a union of workers choice is being denied and all the existing labour laws are being amended to deprive workers even the minimum guarantee, which existed earlier. The net result is that of increasing the exploitation of workers and converting them literally to bonded labour.

The working people in the country have been organising resistance against these policies from 1991 itself.  Despite large-scale victimisation, threats of outright dismissals, physical attacks by police and goondas for making efforts to form unions, there have been powerful fight backs in almost all the major industrial centres in the country.  These have happened even without formal unions being formed and sometimes resulting even in violence at work places. There have been strikes and struggles mainly related to these basic policy related issues at unit, sectoral and state levels, in addition to the country wide general strikes.

From 1991, there were 16 countrywide general strikes of 17 days in total.  In the sixteenth general strike on September 2, 2015 the BMS withdrew at the last minute, saying that the government should be given time to implement their assurances. All others went ahead with the strike in which 15 crores of workers and employees had participated.  It is to be noted that 40 percent of those who had participated in the strike were not members of any union.  This could be achieved because of the widespread anger among the workers, especially among sections like road transport workers and workers in the industrial clusters in many states.

After the strike on September 2, 2015, the Modi government has speeded up the `reforms’ in many sectors.  The latest was to announce the `fixed term employment’, which the Vajpayee government had introduced and the Left parties and TUs had forced the UPA government to drop. Fixed term employment will result in the end of job security of workers, resulting in a situation of hire and fire with a legal sanction.

It is in such a situation that the Central Trade Unions and National Federations are preparing for the seventeenth country wide strike in the 25th year of neo-liberalism, on September 2, 2016.

It is a fact that the trade unions still have a long way to go in reaching out to all sections of working people.  But the local, sectoral and national level struggles in India against neo-liberal policies are an important component of the world wide struggle of the working people against the offensive of the capitalist class.

IMPORTANT GOVT ORDER
A MAJOR VICTORY OF THE STRUGGLE OF CENTRAL GOVT EMPLOYEES:
Confederation of central Govt Employees & Workers have been continuously fighting against pension reforms implemented by Govt in tune with the neo-liberal policies and demanding SCRAPPING OF THE NEW PENSION SYSTEM (NPS). Further we have been demanding that those employees who are covered by NPS should be eligible for payment of Death cum Retirement Gratuity (DCRG) and Family Pension and also Govt guaranteed Minimum Pension and Compensation for price rise (Dearness Relief). Now the Govt has conceded one of our demand. Govt of India has issued orders to extend the benefit of Gratuity to all NPS Employees. Further the Cabinet has decided to constitute a committee for streamlining the implementation of NPS. We shall present the remaining issues before that Committee also. Scrapping of NPS is one of the main demand of 2016 September 2nd General Strike also. No struggle will go in vain. Let us make the strike a grand success
M.Krishnan,
Secretary General
Confederation.
No. 7/5/2012-P&PW(F)/B
Ministry of Personnel, Public (Grievances and Pensions
Department of Pension and Pensioners Welfare
Lok Nayak Bhawan, Khan Market,
New Delhi-110 003, Dated the 26th August, 2016
OFFICE MEMORANDUM
Subject: Extension of benefit of Retirement Gratuity and Death Gratuity to the Central Government Employees covered by new Defined Contribution Pension System (National Pension System) – regarding.
The undersigned  is directed  to say that the pension of the Government  servants appointed on or  after 1.1.2004 is regulated  by the new Defined Contribution  Pension System (known as National Pension System), notified by the Ministry of Finance (Department of Economic Affairs) vide their O.M. No. 5/7/2003-ECB & PR dated 22.12.2003. Orders were issued for payment  of gratuity on provisional  basis in respect of  employees covered under  National Pension System on their  retirement  from  Government  service on invalidation or death in service, vide this Department’s O.M. No. 38/41/2006-P&PW(A) dated 5.5.2009.
2.         The issue of grant of gratuity in respect of government employees covered by the National Pension System has been under consideration of the Government. It has been decided that the government  employees covered by National Pension System shall be  eligible for benefit of ‘Retirement  gratuity  and  Death  gratuity’ on the same  terms and  conditions, as are applicable  to employees covered by  Central Civil Service (Pension) Rulke,1972.
3.         These orders issue with the concurrence of Ministry of Finance, Department of Expenditure, vide their .D. Note No. 1(4)/EV/2006-II dated 29.07.2016.
4.         In their application to the persons belonging to the India Audit and Accounts Department, these orders issue after consultation with Comptroller and Auditor General of India.
5.         These orders will be applicable to those Central Civil Government Employees who joined Government Service on or after 1.1.2004 and are covered by National Pension System and will take effect from the same date i.e. 1.1.2004.
Sd/-
(Harjit Singh)
Director (Pension Policy)