SPECIAL CONCESSIONS-FACILITES TO CENTRAL GOVERNMENT EMPLOYEES WORKING IN KASHMIR VALLEY IN ATTACHED-SUBORDINATE OFFICES OR PSUS FALLING UNDER THE CONTROL OF CENTRAL GOVERNMENT(CLICK BELOW LINK FOR DETAILS)
http://circulars.nic.in/WriteReadData/CircularPortal/D2/D02est/18016_3_2011-Estt-L-27062012.pdf

Family Planning Insurance Scheme (FPIS) is a Government of India Scheme to encourage people who adopt permanent method of family planning.  The purpose of this scheme is to grant ex-gratia to the acceptor of sterilization or his/her nominee in the unlikely event of his/her death or incapacitation or for treatment of post operative complications attributable to the procedure of sterilization.
This insurance policy is being serviced by ICICI Lombard General Insurance Company.
Ministry of Health and Family Welfare has issued  letter No.N.23011/68/2011-FW (Ply) dated 27.12.2011 to the effect that Family Planning Insurance Scheme has been renewed with effect from 1st January 2012 and the present extension will be in force till 31st December 2012.
No.N.23011/68/2011-FW (Ply)
Government of India
Ministry of Health and Family Welfare
Family, Welfare Policy Section
Nirman Bhawan, New Delhi
Dated 27th December, 2011
Sub: Renewal of Family Planning Insurance Scheme w.e.f 1st January, 2012-           reg
The Family Planning Insurance Scheme (FPIS) was adopted as a National Policy complying with the directions of Hon’ble Supreme Court to extend benefits to the acceptors of sterilization and was implemented form 29th November, 2005. This insurance policy was being serviced by ICICI Lombard General Insurance Company from 1.1.2011 to 31.12.2011 and has again been renewed with the ICICI Lombard General Insurance Company for a period from 01st January, 2012 to 31st December 2012. The coverage under the renewed Policy is as under:
Total liability of the Insurance Company shall not exceed Rs. 25 crore in a year under Section-I and Rs. 1.00 crore under Section-II.
2.         The covered incidences detected in respect of sterilization done w.e.f. 1st January, 2012 shall be filed with State Coordinator of the ICICI Lombard General Insurance Company under renewed Policy- 2012.
3.         All claims under the expired Policy – 2011 for covered incidences detected during the period 1st Jan, 2011 to 31st December, 2011 have to be filed with the State Coordinator of the ICICI Lombard General Insurance Company. If not already done, the concerned District Officers may be instructed to file the claims within 90 days of the detection of the incidence under expired Policy-2011. For claims filed under the expired Policy-2011 after 31st March, 2012 and refused by the ICICI Lombard General Insurance Company on this count, the respective CMO /CDMO / CDHMO / DMO / DHO / Joint Director designated for this purpose at the district level shall be held responsible, as there is no provision under Government budget or under the new policy for settlement of such claims. Any court case due to non-filing of claims after 31st March, 2012 would also be the responsibility of the designated district officials.
4.         Further, to create awareness for the Scheme, it has also been decided to create awareness through wall painting across the country in all districts and Sub-Division Hospitals. Design as approved by the Ministry, would be got painted by the State in the local language of the state. The funds under IEC in NRHM may be used for this as was done in the preceding year 2011
5.         As per directions of Hon’ble Supreme Court, the information regarding number of sterilization done and claims respect of failure, complication and deaths needs to complied on quarterly basis at District and State level. Accordingly, I would request you to kindly instruct the State Nodal Officer for this Scheme to provide above information in the prescribed proforma by 15th of the month for each quarter to this Ministry.
6.         Family Planning Insurance Manual-2012 is updated and shall be hosted shortly on the website of this Ministry at mohfw.nic.in under Family Welfare Activities.
7.         For proper co-ordination & monitoring of this scheme in your State, a Senior Officer from the Directorate of Family Welfare may be appointed to liaison with Insurer and District officials. The contact details of the State Nodal Officer may be furnished to us at the earliest.
Yours faithfully
(Anuradha Vemuri)
Director
Posted by All India RMS & MMS Employees Union - Group 'C' at 12:23:00 PM

Subject:- COMMENTS/SUGGESTIONS ON THE DRAFT CITIZEN CHARTER OF DEPARTMENT OF POSTS

Sir,
All India RMS & MMS Employees Union Group `C` offers the following comments on the items relating to delivery only.

Service Standards fixed by  the Department for delivery of First class mails, Registered articles and Speed Post articles will divert the customer to the Courier who are delivering the local ordinary mails on the same day and within 2-4 days in rest of India.

Department cannot maintain the given Service Standards unless and until it improves the mail processing system. Introduction of L-1, L-2 hubs for first class mails and Speed post hubs will further delay the delivery of mails  due to back routing.

We suggest to carry out a systematic study on the delivery of mails and sincerely examine the functioning of L_1, L-2 first class mail hubs and Speed Post hubs.
Yours sincerely,

MEETING OF THE NATIONAL ANOMALY COMMITTEE – 17TH JULY, 2012 AT 3.00 PM
No.11/2/2008-JCA
Government of India
Ministry of Personnel, PG & Pensions
Department of Personnel & Training
North Block, New Delhi,
Dated, the 18th June, 2012
OFFICE MEMORANDUM
Meeting ofhe National Anomaly Comittee – 17th July, 2012 at 3.00 PM
The undersigned is directed to refer to OM of even number dated 2nd December, 2011 regarding the 4th meeting of the National Anomaly Committee which was held on 5th January, 2012. All the Agenda Items placed before it could not be discussed and the meeting had to be adjourned. This meeting will now be held in Committee Room No.119, North Block, New Delhi on 17th July, 2012 at 3.00 PM.
It is requested that you may kindly make it convenient to attend this meeting and also kindly confirm your participation urgently. Agenda Notes for the meeting will remain the same as were circulated earlier vide this Ministry’s OM of even number dated 16th December, 2011.
sd/-
(Ashok Kumar)
Deputy Secretary to the Govt. of India

FACILITY OF RETENTION OF ACCOMMODATION IN THE CASE OF RE-EMPLOYMENT.
O.M. No.12035/28/96-Pol.II (Vo.I) dated 14.06.2012 from Directorate of Estate, Ministry of Urban Development
The undersigned is directed to invite a reference to this Directorate’s OM No.12035/28/96-Pol.II, dated 30.09.2009 on the subject noted above and to say that officers who retired from Central Govt. Service before 30.09.2009 and thereafter were reemployed/appointed in Central Government on tenure basis, may be allowed to avail the un-availed period of retention of 8 months permissible as per SR-317-B-11 and SR-317-B-22 immediately after termination of their reemployment. However from 30.09.2009 the facility of retention of Govt. accommodation under SR-317-B-11 and SR-314-B-22 by the officers of Central Govt. on their superannuation are to be availed in one go starting from the date of their superannuation. This period of retention cannot be availed in piecemeal or postponed to a later date on their reemployment if not availed immediately after the superannuation of the officer in case the date of retirement of officer is 30.09.2009 or thereafter.
This issues in partial modification of this office OM No.12035/28/96-Pol.II, dated 30.09.2009 with the approval of UDM.
Sd/-
(R.N.YADAV)
Deputy Director of Policy 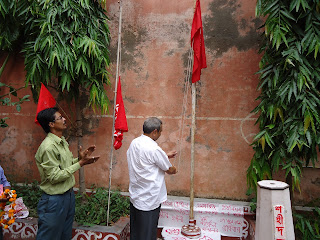 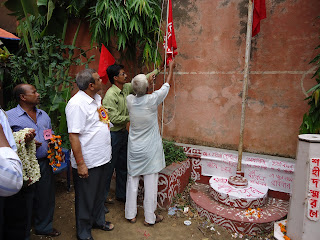 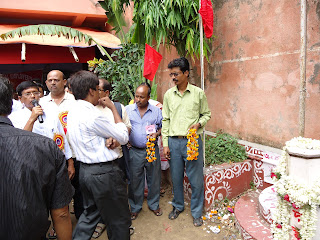 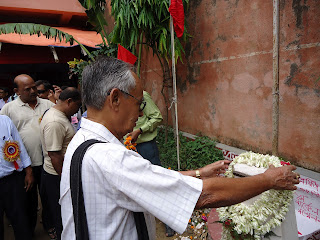 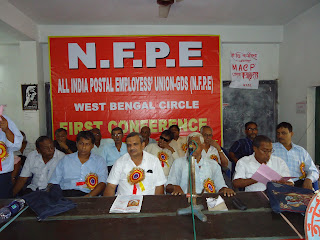 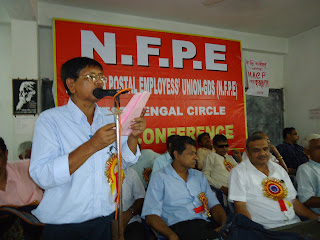 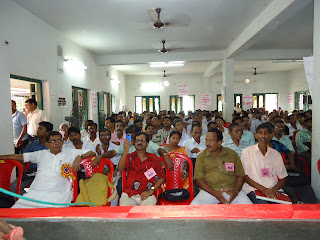 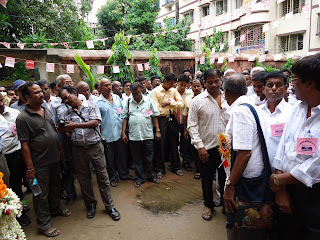