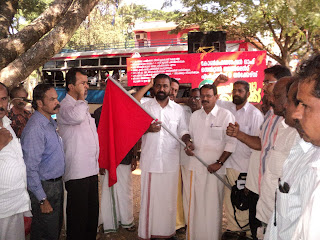 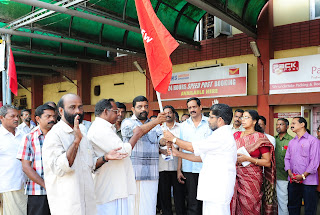 ELIGIBILITY OF CHILDREN FROM A VOID OR VOIDABLE MARRIAGE FOR       FAMILY PENSION - CLARIFICATION REGARDING.

3rdFloor, Lok Nayak Bhavan,
Khan Market, New Delhi
Dated: 27th November, 2012
Sub: Eligibility of children from a void or voidable marriage for family pension - clarification regarding.
The undersigned is directed to refer to this Department's O.M. No.1/16/96-P&PW (E), dated 2.12.1996 whereby it was clarified that Pensionary benefits will be granted to children of a deceased Government servant/pensioner from void or voidable marriages when their turn comes in accordance with Rule 54(8). It is mentioned in Para 4 of the O.M. that "It may be noted that they will have no claim whatsoever to receive family pension as long as the legally wedded wife is the recipient of the same."
2.         The matter has been re-examined in consultation with the Ministry of Law and Justice(Department of Legal Affairs) and Ministry of Finance (Department of Expenditure). It has been decided that in supersession of Para 4 of the O.M., ibid, dated 2.12.1996, the share of children from illegally wedded wife in the family pension shall be payable to them in the manner given under sub-rule 7 (c) of Rule 54 of CCS (Pension) Rules, 1972, along with the legally wedded wife.
It has also been decided that in past cases, no recovery from the previous beneficiary should be made. On receipt of an application from eligible child/children of the deceased Government employee/pensioner born to an ineligible mother, a decision regarding division  or otherwise of family pension may be taken by the competent authority after satisfying  himself/herself about veracity of facts and entitlement of the applicant (s).
4. As regards pensioners/family pensioners belonging to the Indian Audit and Accounts Departments, these Orders issue after consultation with the Comptroller and Auditor General of India. . .
5. This issues with the concurrence of Department of Legal Affairs vide their FTS No. 3036, dated 17.10.2012.
6. This issues with the 'concurrence of Ministry of Finance, Department of Expenditure vide their I.D. No.530/E.V/2012, dated 23.11.2012.
Sd/-
(D.K. Solanki)
Under Secretary to the Govt. of India
Tel. No. 24644632
MEETING ON CHANGE MANAGEMENT PROCESS UNDER INDIA POST 2012 IT MODERNIZATION PROJECT {CLICK HERE FOR DETAILS}

BRIEFS ON AGENDA ITEMS SUBMITTED BY NATIONAL FEDERATION OF POSTAL EMPLOYEES AFFILIATED UNIONS FOR PERIODICAL MEETING TO BE TAKEN BY SECRETARY (P) ON 29.11.2012 AT 1000 HRS.

CONTINUATION OF IT MODERNISATION PROJECT OF
DEPARTMENT OF POSTS – PHASE II
The Cabinet Committee on Economic Affairs today approved the proposal of Rs.4,909 crore towards IT modernisation project of the Department of Posts, covering 1.55 lakhs post offices.

The total expenditure for the project involving Rs.4,909 crore includes both implementation phase and operation and maintenance phase for the IT infrastructure of Post Offices. The IT project of the Department is a part of the Mission Mode Project (MMP) included in the National e-Governance Plan (NEGP).

The Department of Posts has a network of 1.55 Lakhs post offices spread across all the States and Union Territories of the country. The key objective of the India Post IT Modernisation project is modernization and computerization of all Post offices in the country including branch post offices in rural areas to create a urban-rural network spanning across the length and breadth of the country.

The IT modernisation project is expected to give following benefits to the citizens of the country:

The IT modernisation project will provide a national asset and infrastructure for all users apart from the post offices including various government departments, business houses and the citizens to use the services effectively for their communication, banking, insurance and service delivery needs. The project will improve the delivery of mails, banking and insurance services rendered by the Post offices across the length and breadth of the country.

For the purpose of implementation, the IT modernisation project has been structured into 8 segments catering to IT infrastructure such as datacentre, network, computers and peripherals, software applications which will cover all the product and services of the Department of Posts, and change management which will help in effective transformation into IT mode. The project will be implemented in all the 1.55 lakh post offices in a phased manner over a time period of 2 years, to be followed by the O&M phase over the period of contract.

The project will be rolled out to all the post offices covering all States and Union Territories in the country a phased manner.
Background:
The proposal of the Department of Posts is in continuation of the proposal which was approved by the Cabinet Committee on Economic Affairs (CCEA) on 26th Aug 2010. The overall project has been segregated into eight RFPs, of which, selection of vendors have been finalized in case of 5 RFPs and LOIs have been issued. Of these 5 RFPs, in four cases the contracts have been signed with the selected bidders. In respect of two RFPs the financial bids have been opened and selection of the bidder is under process.
SH/SK
(Release ID: 89274) {22.11.2012}
Posted by All India RMS & MMS Employees Union - Group 'C' at 11:28:00 AM

PURCHASE OF NATIONAL SAVINGS CERTIFICATES BY AN ADULT ON BEHALF OF A MINOR-CLARIFICATION. (Click link below for Details) http://www.indiapost.gov.in/DOP/Pdf/Circulars/61-03-2012-SB_16-11-2012.pdf

It is hereby notified in accordance with Article 12 of the Constitution of NFPE that the meeting of the Federal Secretariat National Federation of Postal Employees will be held at NFPE Office, 1st Floor North Avenue Post Office Building New Delhi-110 001 on 29th November, 2012 at 05.30 P.M. The agenda items for discussion in the meeting are as under:
AGENDA

(1)        Circlewise and unionwise review of the Strike preparation.

All concerned are requested to attend the meeting.

Note:     All General Secretaries should compulsorily attend the periodical meeting. Substitutes in their place should be arranged in the campaign meetings.

Secretary (P) will take next periodical meeting with NFPE and FNPO affiliated Unions on 29th November, 2012 in Committee Room, Dak Bhawan as per the following timings:

Dear Comrade,
As you are aware the South Zone Study Camp of NFPE was held successfully at Chennai. The next camp for Central Zone will be organised at Sanchi, Vidisha Division (Madhya Pradesh) on 19th and 20th January 2013. Delegates from all affiliates of NFPE from Maharashtra, Gujarat, Madhya Pradesh, Chattisgarh, Bihar and Jharkhand Circles shall participate in the Central Zone Study Camp. The number of delegates allotted to each Circle Union is furnished below.

In addition all General Secretaries of the above unions shall attend the camp
compulsorily.
Circle Secretaries are requested to select the delegates of their union
immediately and instruct them to book the up and down tickets without any further delay. They should reach the camp (Sanchi) before 8.30 AM on 19-01-2013. They can leave the camp only after 6 PM on 20-01-2013. Maximum lady comrades may also be included as delegates.
The names of the delegates attending the camp should be intimated to the
respective General Secretaries before 31-12-2012. Delegate fee per head is Rs.600/- (Rs. Six hundred only).
Programme notice will be sent separately.
All General Secretaries are requested to instruct their Circle Secretaries suitably to take immediate follow up action.
Fraternally yours,