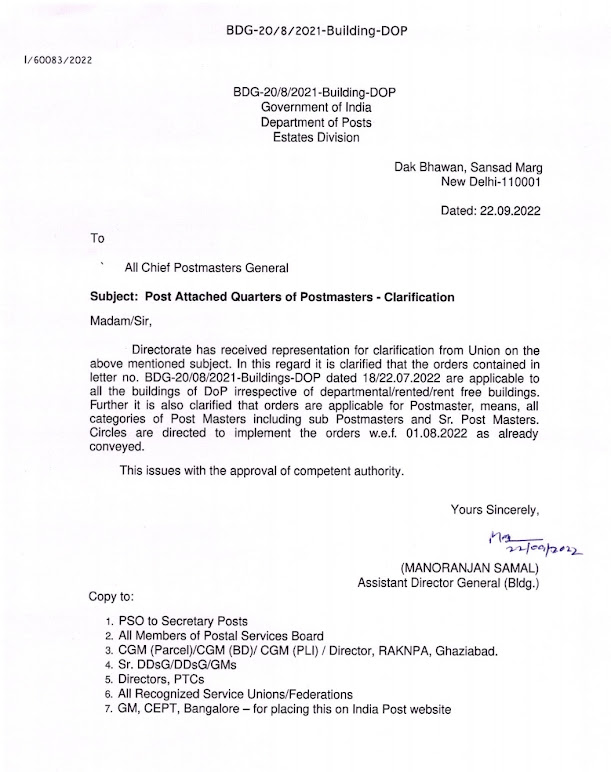 https://documents.doptcirculars.nic.in/D2/D02est/ConsolidatedCCSRulesiAmwP.pdf
Posted by NFPE at 8:32 PM No comments: 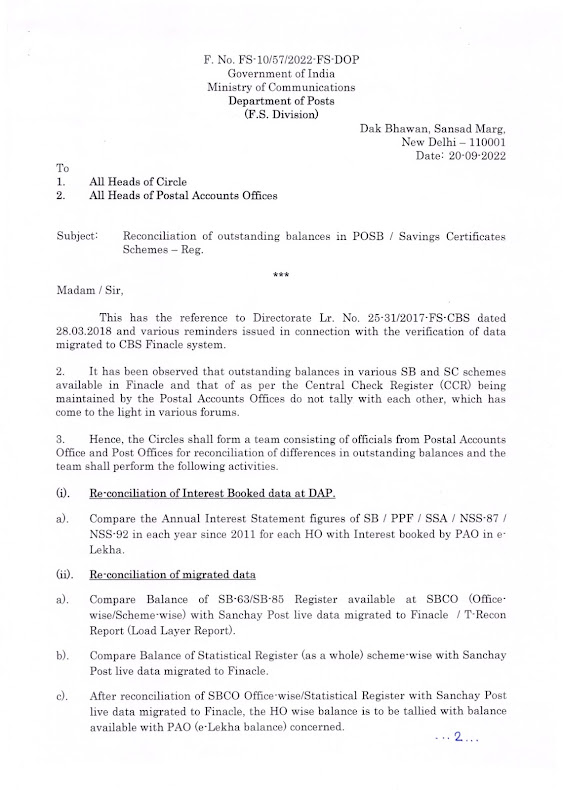 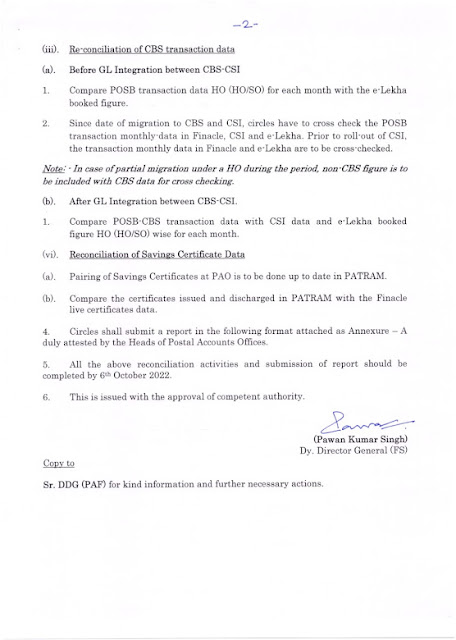 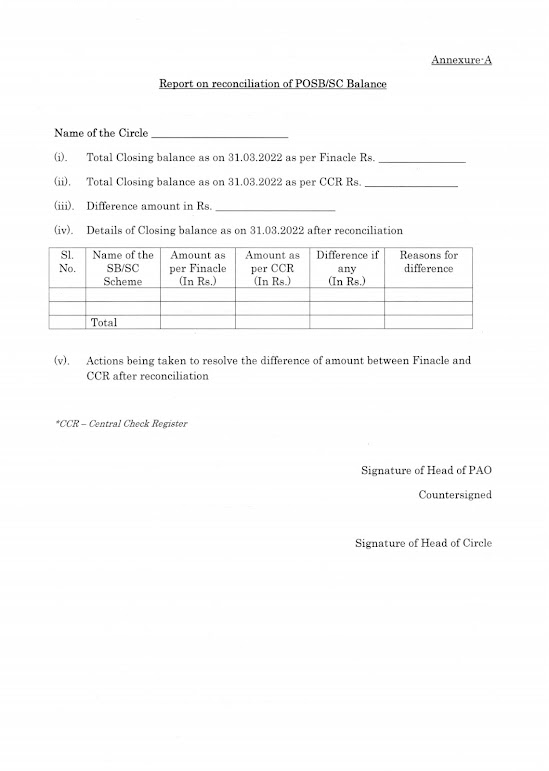 INFORMATION DOCUMENT ON RECOVERY OF WRONGFUL/EXCESS PAYMENTS MADE TO GOVERNMENT SERVANTS.

GUIDELINES ON IMPLEMENTATION OF SUO-MOTU DISCLOSURE UNDER SECTION 4 OF RTI ACT, 2005 -COMPLIANCE REG.   (CLICK THE LINK BELOW TO VIEW)

PROCESSING OF TRANSFER APPLICATIONS OF GDS 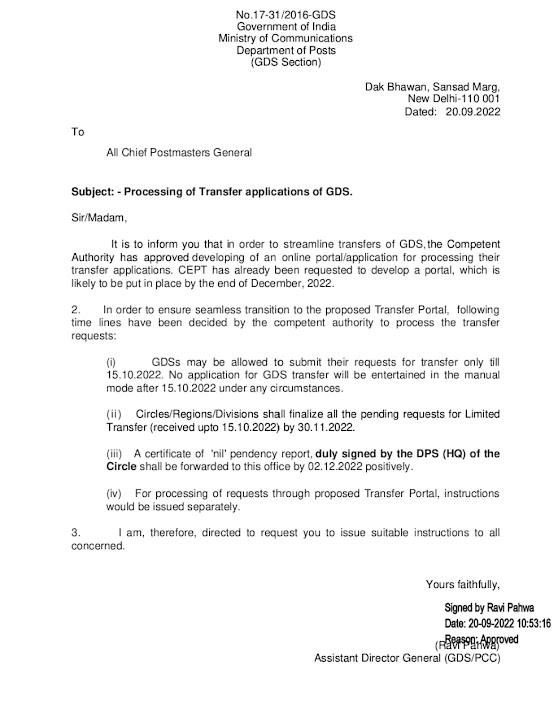 This is regarding updation of form 15H and PAN Number in SCSS accounts.

i) TDS will be deducted in this quarter for SCSS customers who receive more than Rs. 50,000 as interest per annum. If a customer has a cumulative of Rs. 6 lacs & above in SCSS a/c, TDS would be deducted unless form 15H is given by the customer. To avoid this, form 15H must be obtained from the eligible customers and each account must be marked as *"15H & No tax"* in Finacle. The list of SCSS account opened can be generated through HACSP menu for ready reference.

ii) Also, ensure that all SCSS accounts must be seeded with PAN number as if an account does not have PAN Number, TDS would be deducted irrespective of interest amount.

Since, the process has to be completed before 29.09.2022(which is the cutoff date in Finacle for TDS deduction), it is requested to circulate the instruction through email/whatsapp to all offices/SPMs and ensure compliance is received from the SPMs.

This activity is important to avoid inconvenience to the senior citizen customers and also avoid public grievances as this office is receiving this TDS related complaints frequently.

REIMBURSEMENT OF MEDICAL CLAIMS TO PENSIONERS UNDER CS (MA) RULES-1944 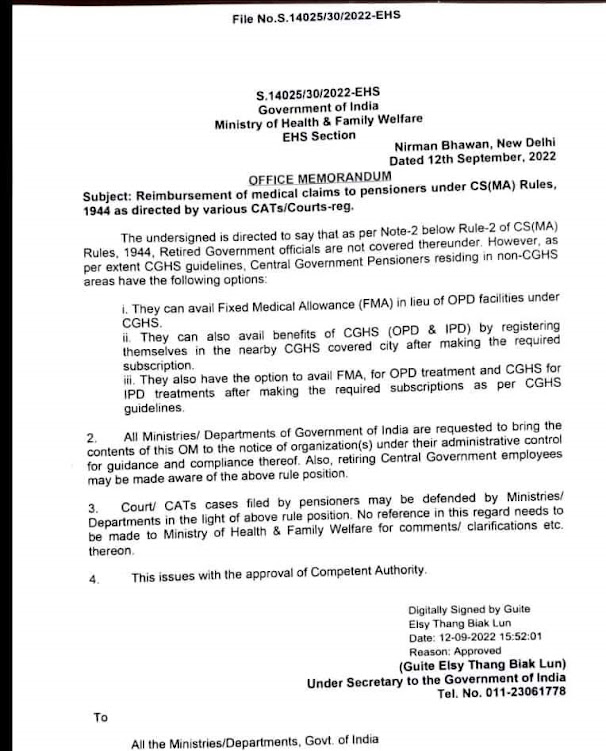 CGHS CARD IS VALID FOR REFERRAL TO EMPANELLED HCOs OF PENSIONER BENEFICIARIES THROUGH REFERRAL MODULE, IRRESPECTIVE OF CITY/WC WHERE THE CARD IS REGISTERED 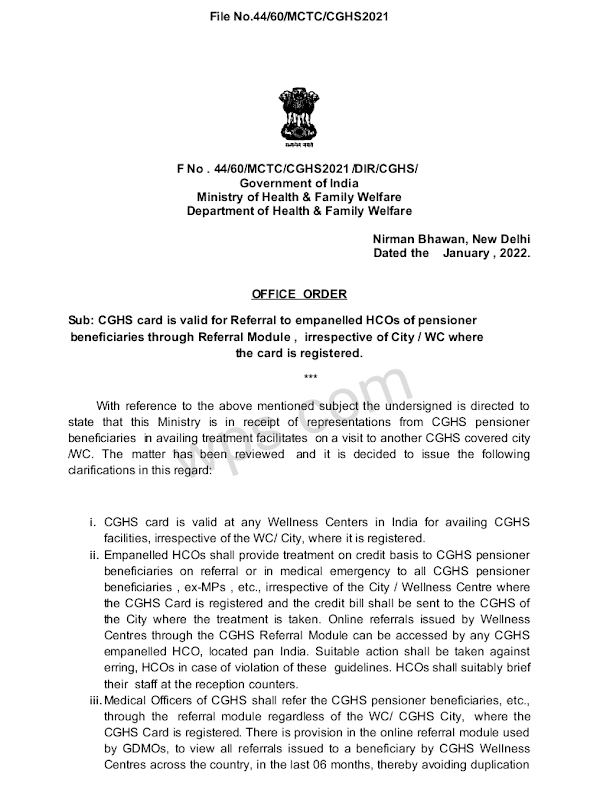 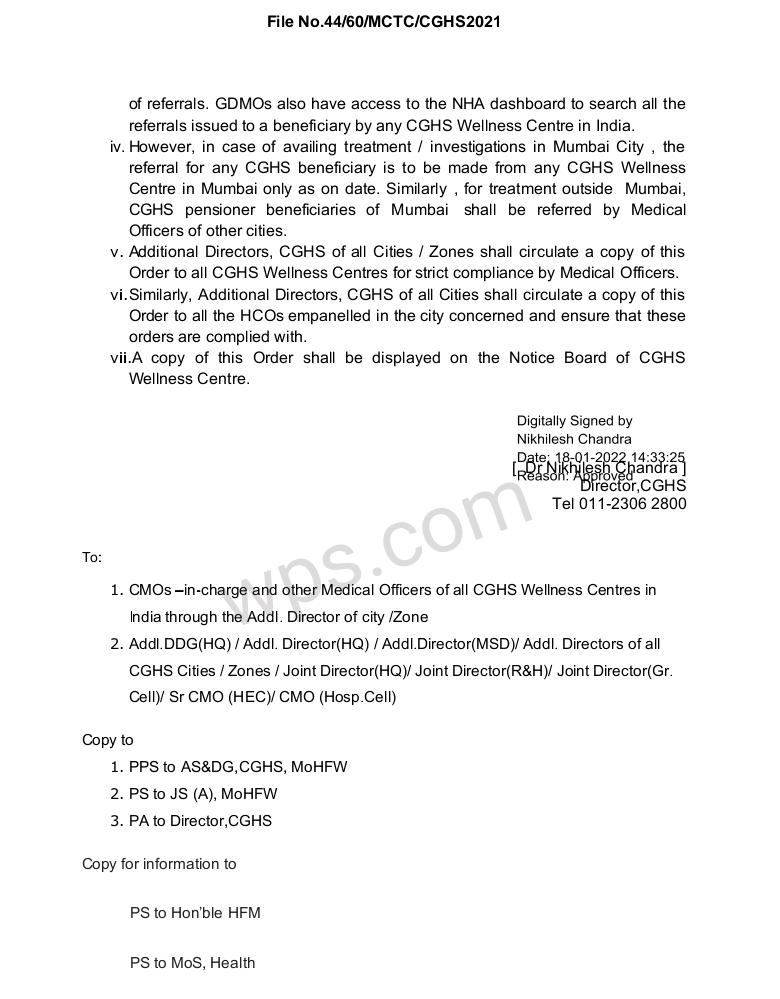 The Women Convention under NFPE has been successfully held on 10-11 September 2022 at Bidar, Karnataka. At the very beginning the National Flag and the Red Flag of NFPE have been hoisted by Com. K. Hemalata, President, CITU and Com. R. N. Parashar, Secretary General, Confederation. Nearly 350 Women-delegates across the country participated in the convention. Com. A. Sreenivasa, Com. Jasmin Jalal Begum, Com. Mousumi Majumdar and Com. Sumana were in the Presidium. On behalf of presidium Com. Mangala Bhagwat has anchored over the convention. After observing one minute’s silence in memory of the martyrs of mass movement and leaders, common men who died in this period, main business started. Com. K. Hemalata, President, CITU inaugurated the convention. Com. R. N. Parashar, Secretary General, Confederation delivered an educative speech on ‘History of P&T Movement in India.

We express our sincere thanks to NFPE, Karnataka Circle and also the Reception Committee where Dr. Abdul Qadeer was the Chairman while Com. Mangala Bhagwat was the General Convenor. All are happy and delighted with the vast and sincere arrangement for the convention. Dr. Abdul Qadeer, Chairman, Reception Committee and also Chairman, Shaheen Group of Institutions, Bidar invited all the delegates/leaders in dinner at his institution. We had an unique experience there. Girls/Students of this institution coming from different states greeted us in their respective local languages. We had such a feeling that we were in mini-India, the root of its cultural heritage being ‘Unity in Diversity’ which the present Central Govt. is trying to finish in the name of so called Hinduism.

The delegates reached at the venue till 9th September night were invited to take dinner by Sardar Balbir Singh, President, Prabhandhak Commitee Gurudwara Nanak Jhira Saheb, Bidar. Both the institutions rendered selfless services to the delegates for which we are expressing our gratitude in them. Finally after reply-speech by Secretary General, from the convention one 26 members Women Sub Committee has been formed which are given below: - 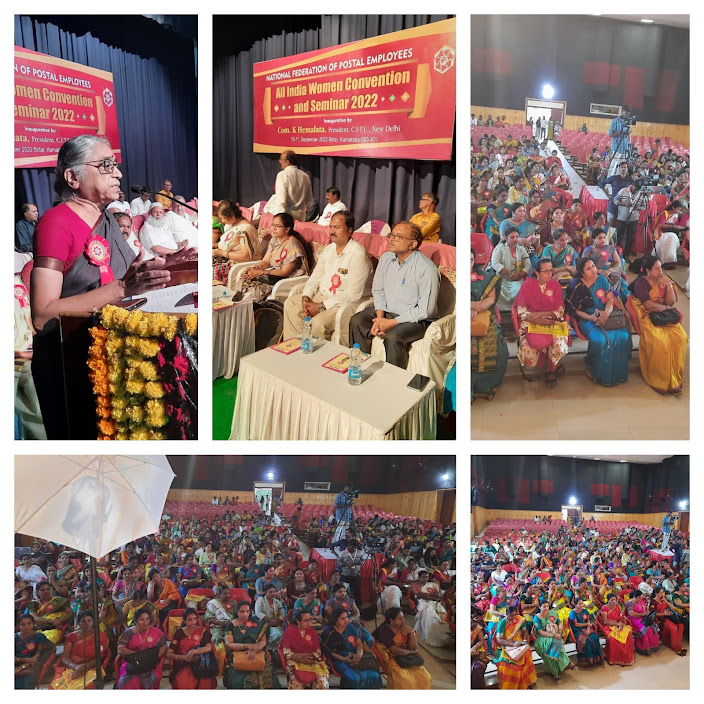 Com Mangla Bhagwat, General Convener is anchoring over the Convention 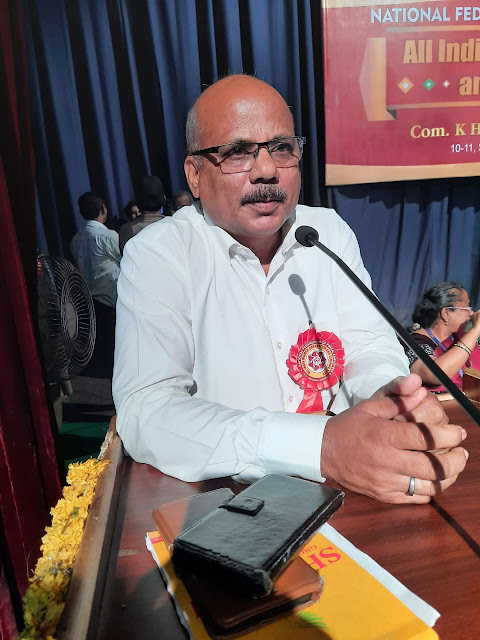 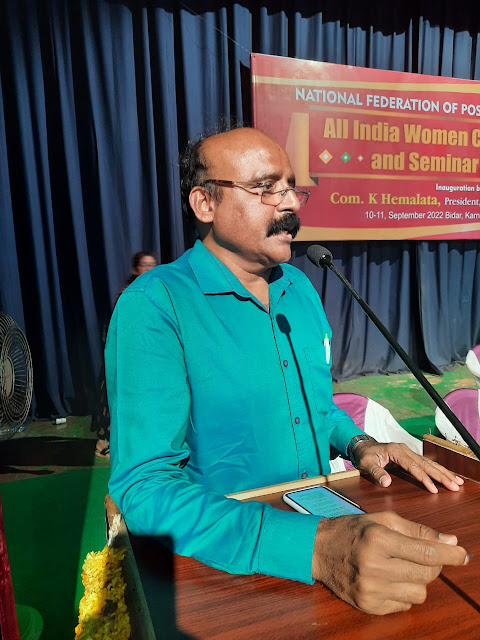 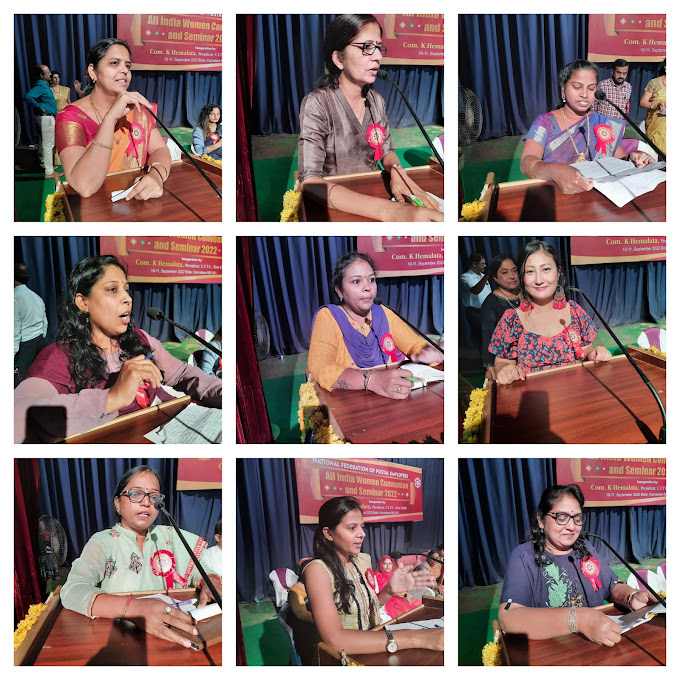 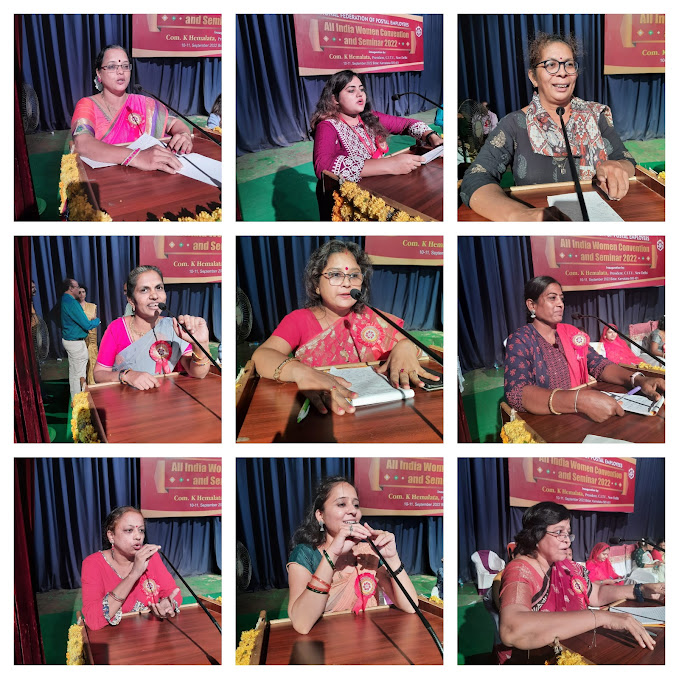 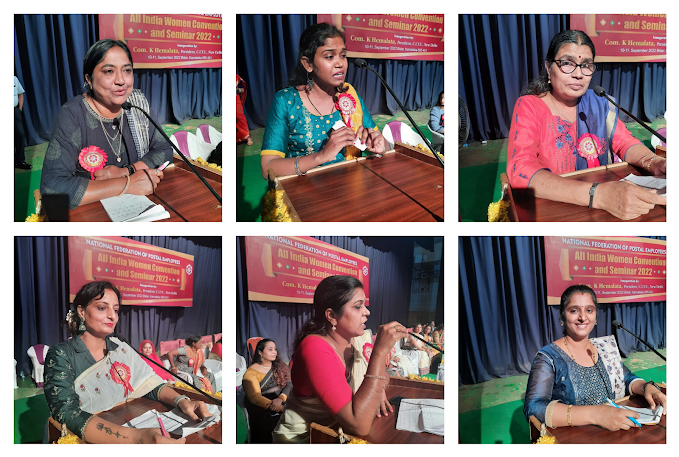 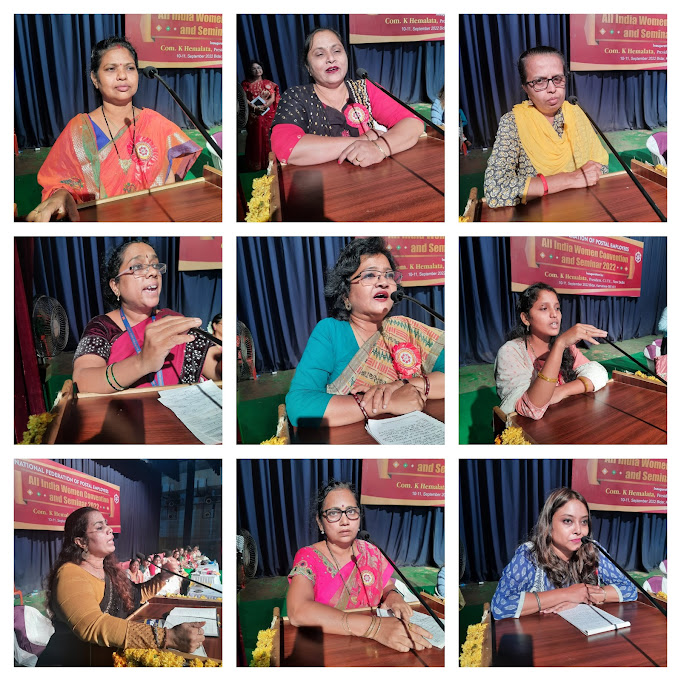 MISSING ENTRIES IN GPF ACCUMULATION OF SUBSCRIBER REGARDING (18/08/2022)

MINUTES OF THE MEETING HELD ON 29/08/2022 TO DISCUSS THE ISSUES RELATED TO CADRE REVIEW OF MMS. 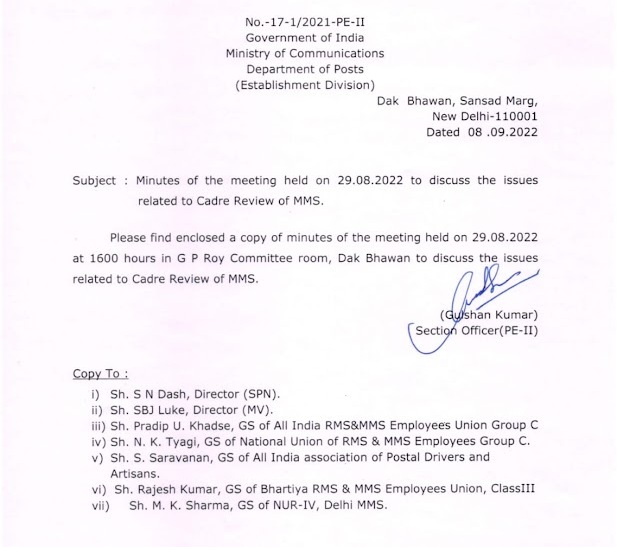 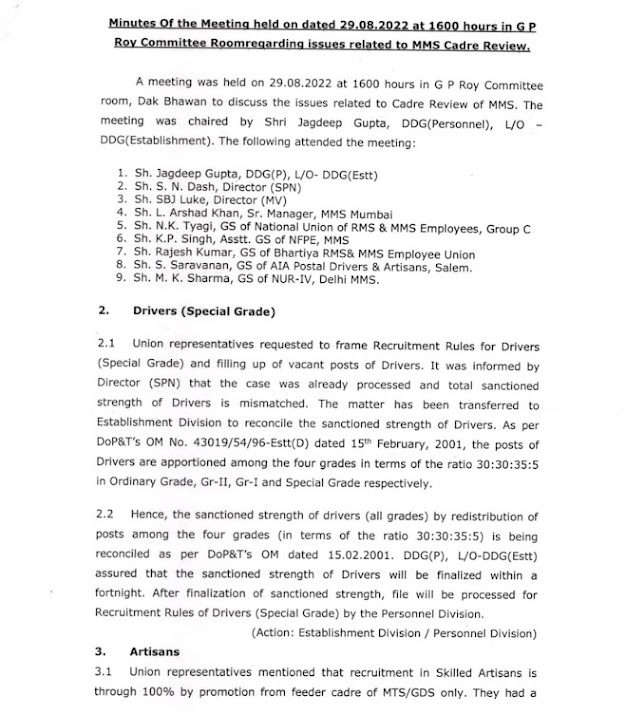 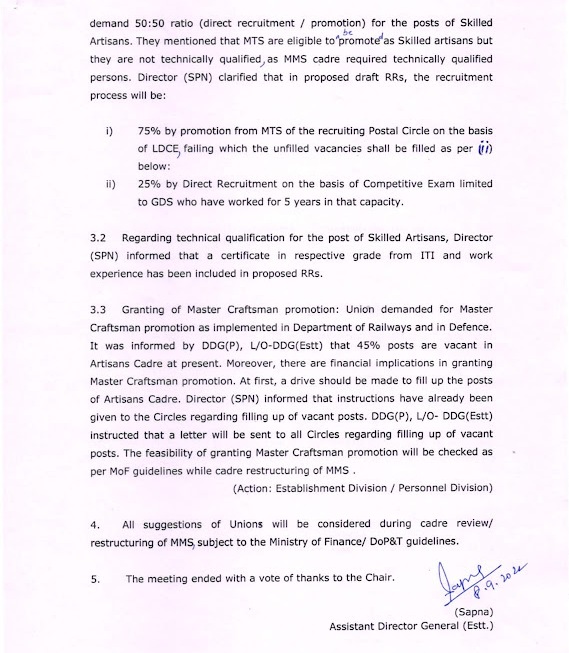 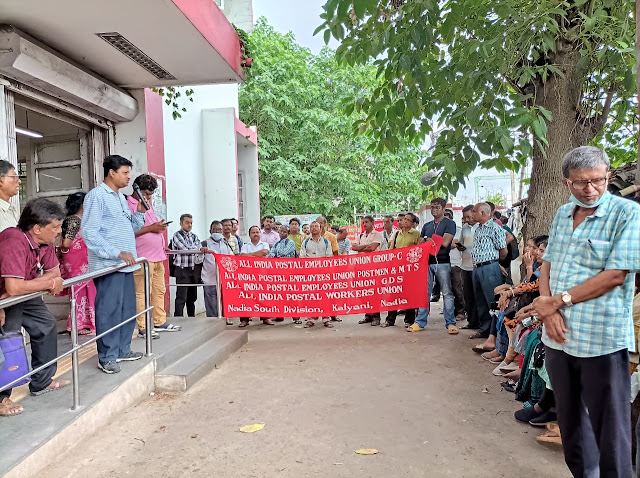 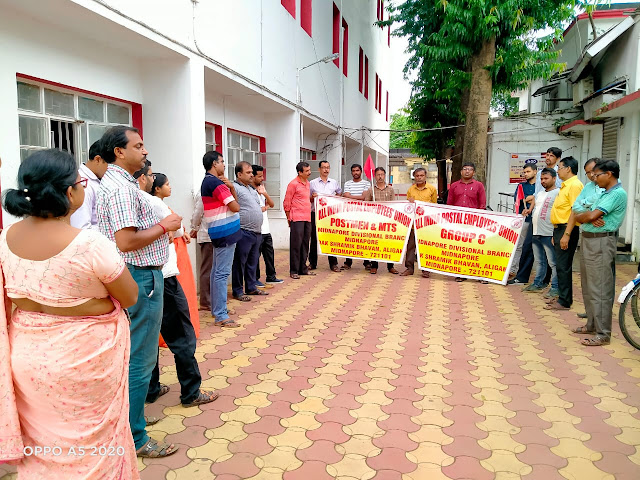 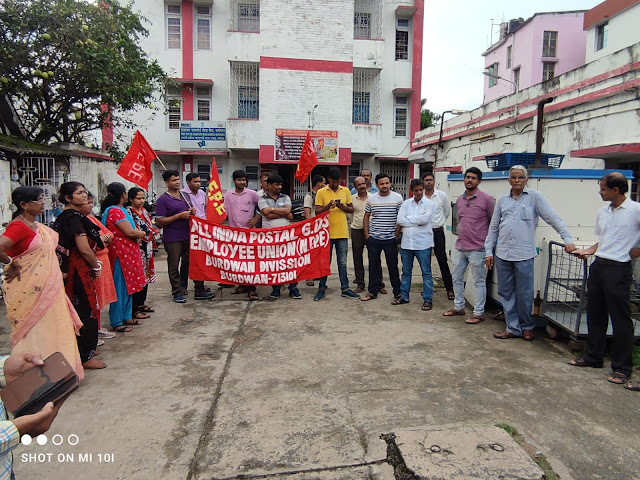 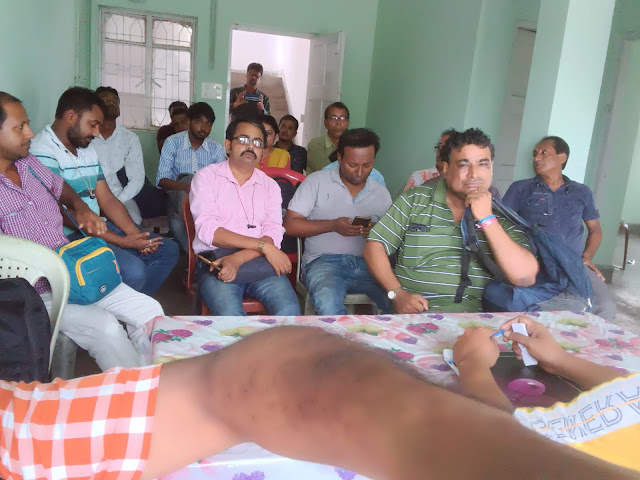 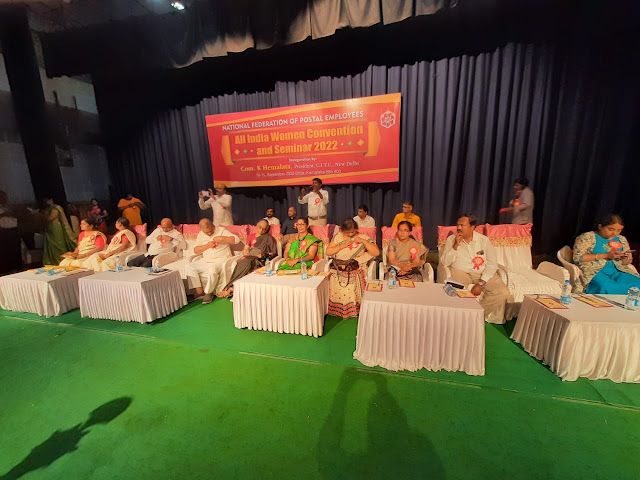 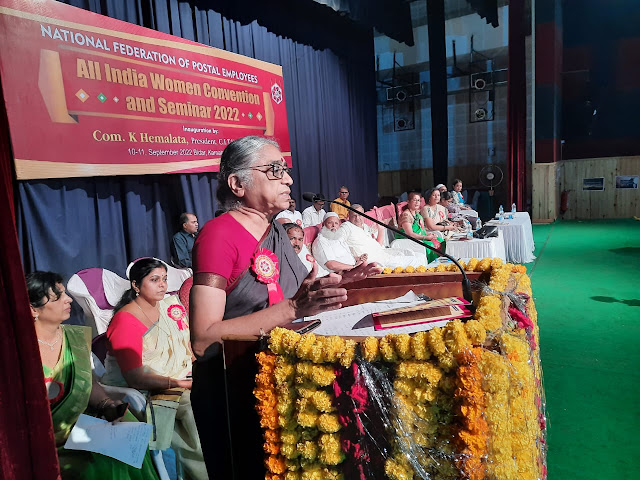 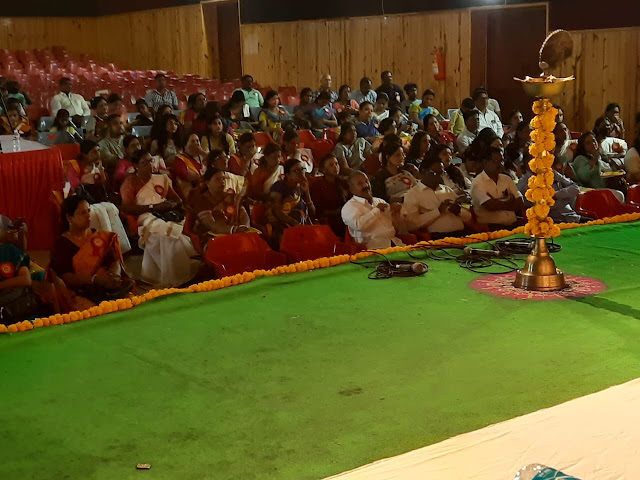 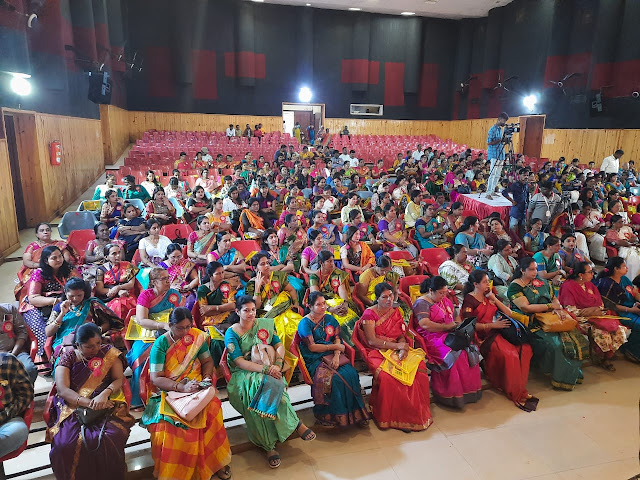 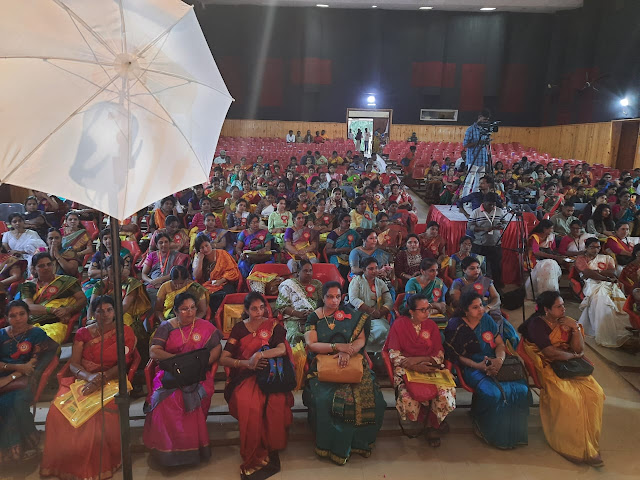