ATTENTION
REGARDING PAYMENT OF CHQ QUOTA


RTI REPLY BY DIRECTORATE REGARDING CADRE RESTRUCTURING OF SBCO 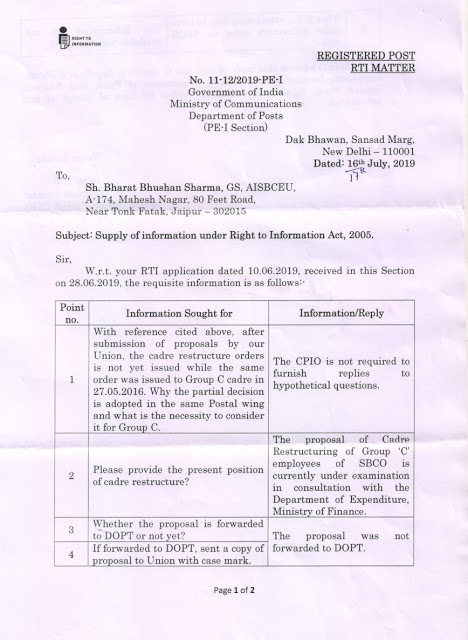 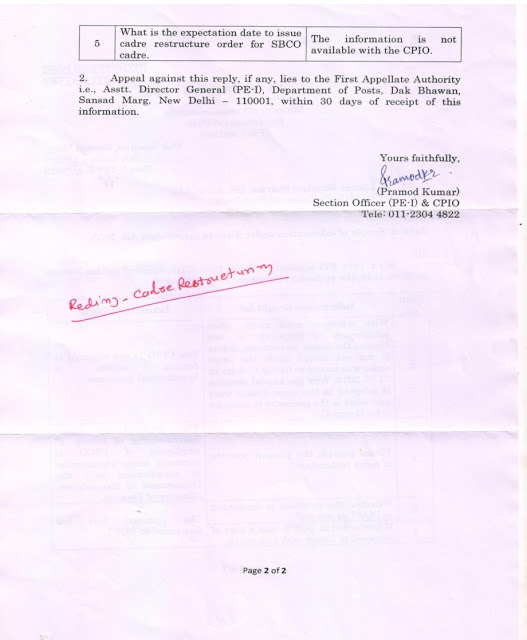 **********************
IMPLEMENTATION OF RECOMMENDATION OF GDS COMMITTEE ON RATIONALISATION OF WORKING HOURS BRANCH POST OFFICES. (Click the link below to view)
http://utilities.cept.gov.in/dop/pdfbind.ashx?id=3602

SRINAGAR: A three day Conference of Heads of Circles, Department of Posts today commenced at Srinagar which was inaugurated by Secretary Posts, Government of India A N Nanda at Hotel Taj Vivanta.
Director General (Posts), Members of Postal Service Board, Chief Postmasters General from across the country alongwith others senior Officers of Department of Posts are participating in the Conference which is a platform for policy formulation of Department of Posts besides reviewing the last year's targets/ achievement and fixing targets for the current financial year.
While inaugurating the Conference by lighting the traditional lamp Secretary Posts, Government of India A N Nanda in his keynote address said the Department of Posts has emerged as a key player where it is not only doing its own business but also fulfilling in needs of others. Describing the network of Department of Posts as unparalleled and a Post Office as face of Central Government in remote areas, he said besides ensuring the target of last mile delivery, Department of Post has revamped its network at Branch Post Office level by way of technology induction for smooth implementation of various citizen centric schemes whether it is Aadhaar Enrolment, Passport, Direct Benefit Transfer (DBT) etc.
Secretary Posts also envisioned the plan for the Department for future with special focus on soft skills training, technology utilization aimed at customer satisfaction and tapping the business opportunities. A Special Cover on "Kashmir Mallow" was also released on the occasion by A N Nanda.
Earlier, Director General, Department of Posts, Meera Handa also spoke on the occasion and briefed about the various steps taken by the Department of Posts in the recent past. She described the launch of India Post Payments Bank (IPPB) as unprecedented which has resulted into the opening of over 85 lacs accounts so far.
P D Tshering, Chief Postmaster General, J&K Circle while welcoming the delegates said as the Conference is being held at Srinagar it is an opportunity for the J&K Circle to learn, make network with various stakeholders responsible for the postal operations throughout the country.
Posted by All India RMS & MMS Employees Union - Group 'C' at 2:12:00 PM 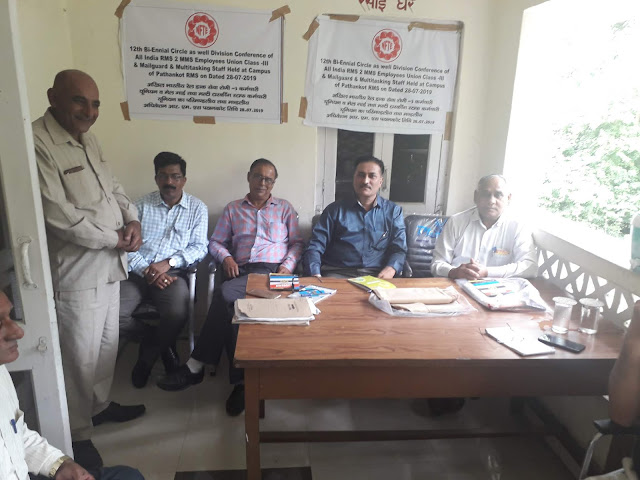 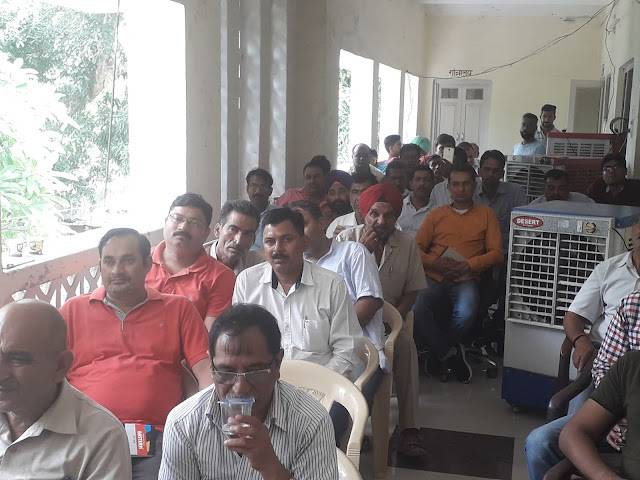 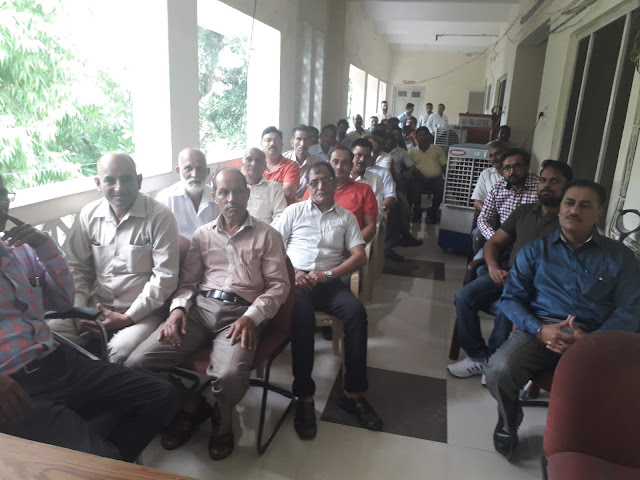 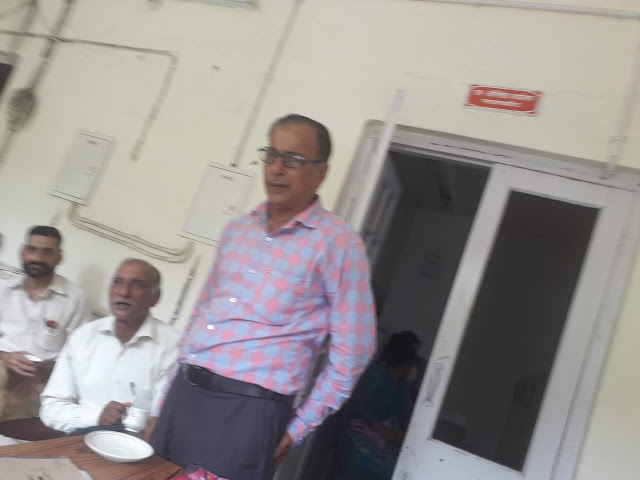 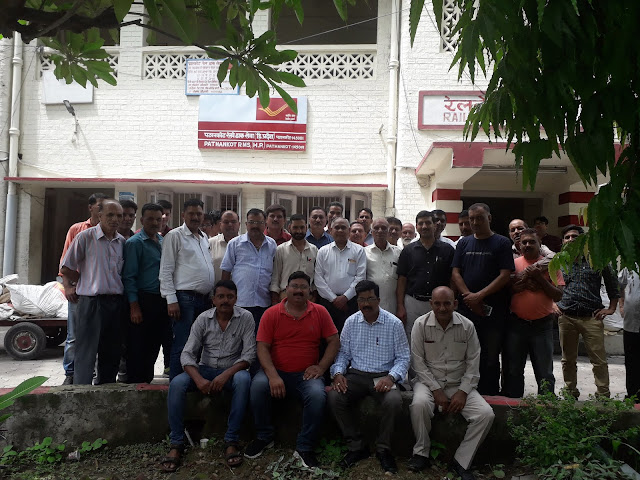 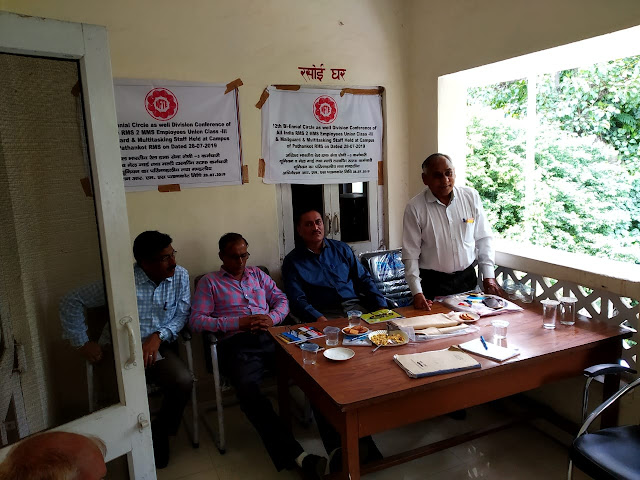 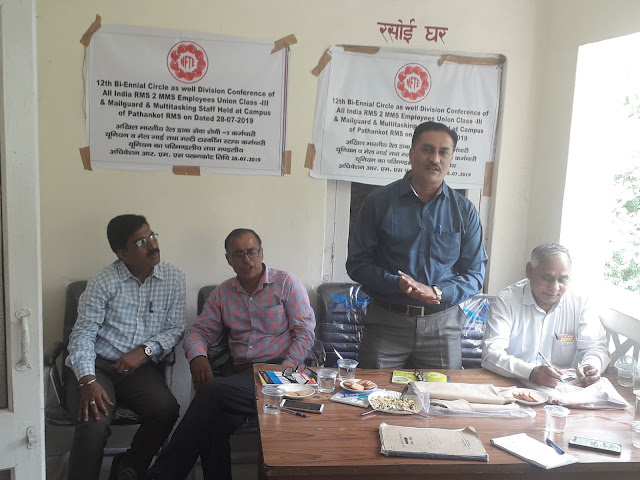 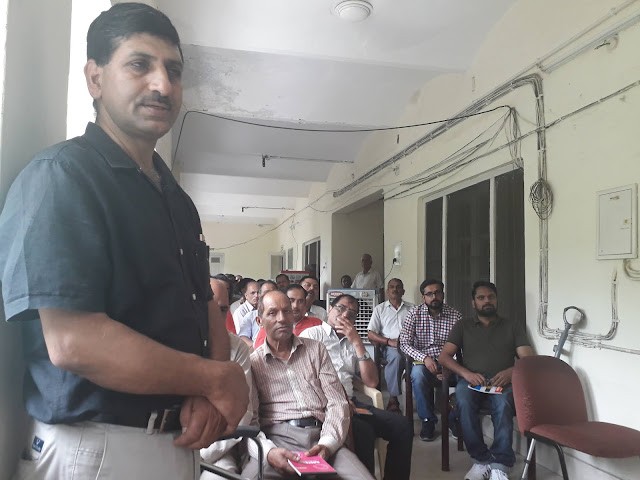 MEMORANDUM SUBMITTED TO
THE SECRETARY (POSTS)

Sir,
It is to bring to your kind notice that on so many occasions, we as PJCA have raised our long pending genuine demands before the Department. But it is highly regretted that no effective steps have been taken by the Department to mitigate the problems causing more sufferings to the employees.

After introduction of technology in the form of CBS/CSI/CIS/MNOP/PNOP & now RICT the staff is suffering very much. We are bringing all the problems being faced by the staff at ground level separately on each subject but no solution is coming out.

A meeting of Postal Joint Council of Action consisting NFPE,FNPO,AIPEU-GDS & NUGDS was held at FNPO Office. T-24, Atul Grove Road New Delhi on   13.07.2019. In the meeting all General Secretaries, of NFPE, FNPO AIPEU-GDS and NUGDS participated. After thorough discussion, PJCA has come to the conclusion that a memorandum should be submitted to Secretary (Post) for settlement of demands as mentioned in the Charter of Demands enclosed here with.

We request you to kindly arrange one meeting with office bearers of PJCA to discuss the issues and settle the same as early as possible failing which we (PJCA) will be compelled to launch agitational programmes in a phased manner.

With regards
Yours Sincerely,

(P U Muralidharan)                                            (P Pandurangarao)
General Secretary-NUGDS                                  General Secretary-AIPEU-GDS
CHARTER OF DEMANDS
1.    Settle all the problems arisen out of implementation of C.S.I, R.I.C.T./ IPPB / CBS and Postmen delivery mobile App & CIS.
2.    Implement all positive recommendations of Sri Kamlesh Chandra Committee report and grant Civil servant Status to GDS.
3.    Fill up all Vacant Posts in all cadres of Department of Post i.e. P.A/S.A, Postmen, Mail Guard, Mailmen, MMS, MTS, GDS, Postal Acctts, P.A Admn. Offices, P.A SBCO & Civil Wing etc  within a time frame  and separate identity of all cadres.
4.    Withdraw NPS and Guarantee minimum pension 50% of last pay drawn.
5.    Membership verification of G.D.S and declaration of result of regular employees membership verification conducted in 2015.
6.    Implementation of orders of   payment of  revised wages and arrears to the casual , Part time, Contingent employees & daily rated mazdoors as per 6th and   7th CPC and Regularize Services of  casual Labourers.
7.    Implement Cadre Restructuring for left out categories i.e. RMS, MMS, Postman/MTS, PACO, PASBCO, Postal Accounts, and Civil Wing etc.
8.    Stop Privatization, Corporatization and out sourcing in Postal Services.
9.    Scrap Bench Mark in MACP.
10.  Implement 5 days week in Postal and RMS
11.  Enhancement of higher pay scales to those categories whose minimum qualification has been enhanced e.g. Postmen, Mail guard.
12.  Grant of pension to the promoted GDS based on Supreme Court Judgment in SLP No (C) 13042/2014
13.  Withdraw orders of enhancement of cash conveyance limit without security.
14.   Implement all High Court and Supreme Court decisions in C/W MACP, RTP and others.
15.  Cash less treatment under CGHS  and allotment of adequate fund under head MR & T.A
16.  Retention of Civil wing in the Department of Post.
17.  Holding of Departmental Council Meetings/RJCM and periodical meetings at all levels.
18.  Stop Trade Union victimization and in the name of unscientific targets.
19.  Provide 40 percent SCF quota promotion in AAO cadre and amend RR incorporating the modifications demanded by AIPAEA.
20.  Status of audit to SBCO.
21.  Restore Special Allowance to PO & RMS Accountants and OSA to RMS/MMS Staff.
22.  All NSH and I.C. Speed Post Hubs should be under the administrative control of RMS and All L-2 Mail Offices should be identified as I.C. Speed Post Hubs and as Parcel Hubs.
23.  Permission to all Staff of Circle Office, SBCO, Postal Accounts and RMS/MMS Staff to appear in Departmental Examination for promotion to PSS Group-B.
24.  Improper functioning of Separate (Nodal) Parcel Delivery in India Post vis-a-vis heavy expenditure and undue harassment to the Postmen Delivery staff.

GUIDELINES ON MERGER OF POSTMASTER CADRE WITH GENERAL LINE CADRE CLICK BELOW  TO VIEW ORDER    https://drive.google.com/file/d/1NTKcaP3fkJWEZbQ2OocZ_aAjLBrKOHei/view 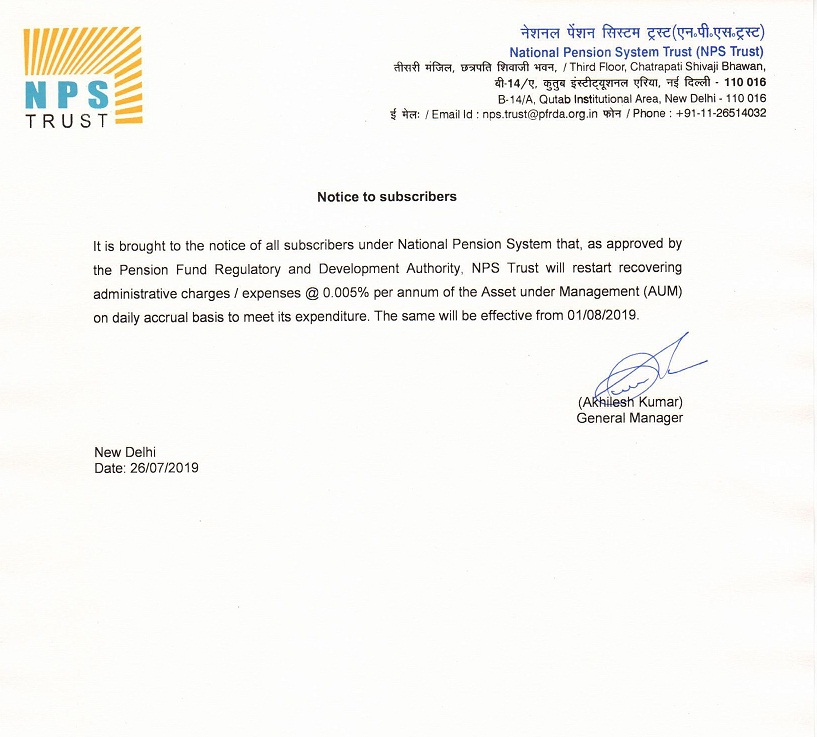 Dear Comrades
,
Please read the joint statement of Central Trade Unions below. Confederation National Secretariat calls upon all affiliates and C-O-Cs to organise mass protest demonstrations infront of all major offices and at all important places. 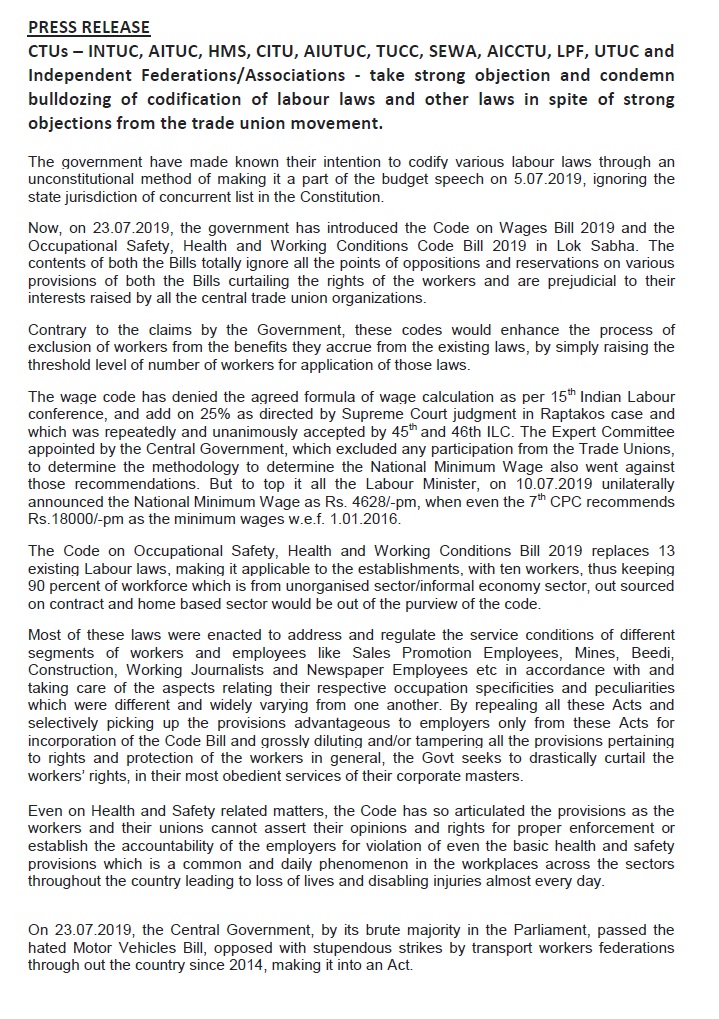 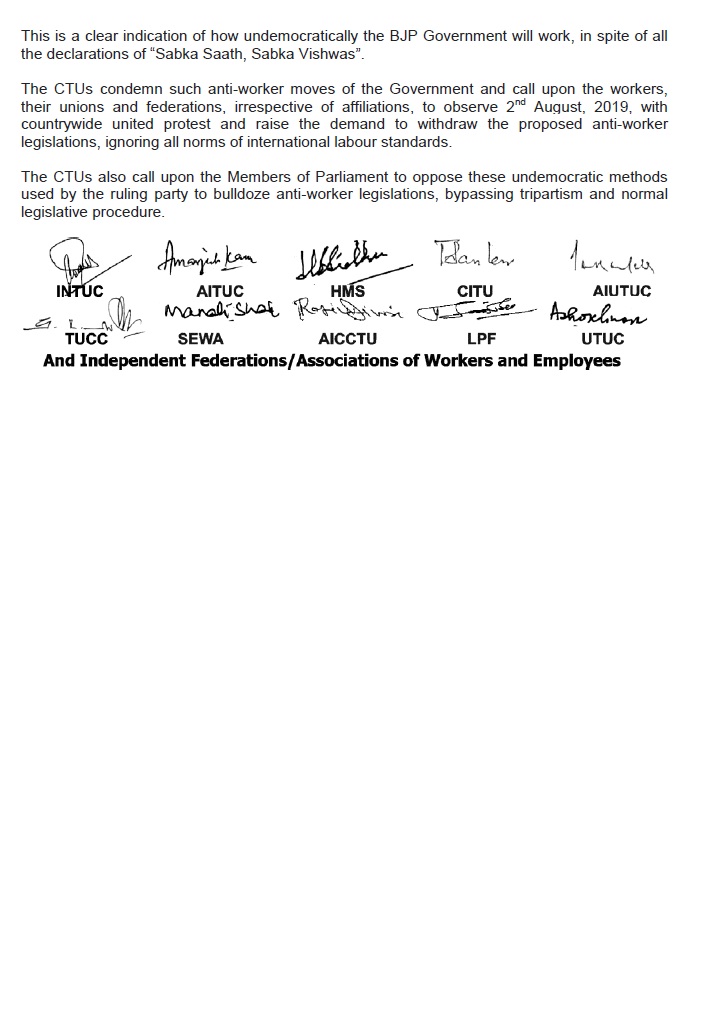 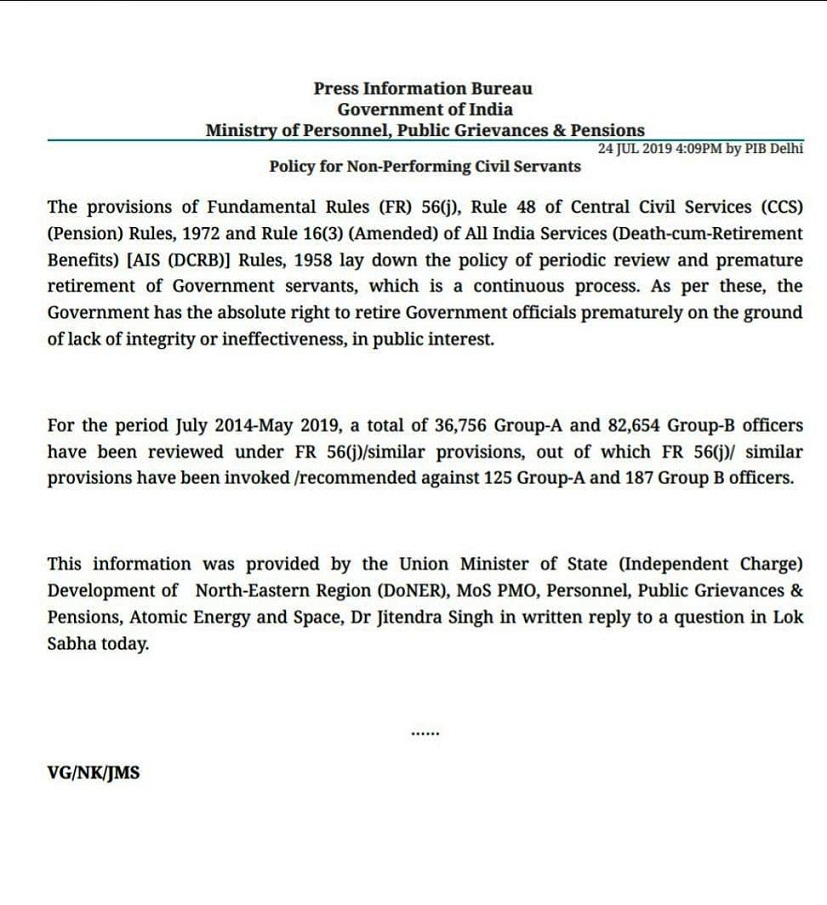 Though the Recognized Federations in the Railways are almost mum on Privatization, Struggles are going on in various Production Units and also in other areas. AILRSA, AISMA, GUARDS COUNCIL and various other Associations and CITU affiliated DREU are going ahead with Struggles.

They are also joining Central TUs and Federations in the National level Campaigns......

DEFENCE Production Units under  ORDINANCE BOARD are being Corporatized.

All the three Recognized Federations, AIDEF, INTUC and BMS have decided to go for ONE MONTH STRIKE .......

SAIL UNITS and other PSUs are also prepared for continuous struggles.....

In the meanwhile All INDIA PROTEST DAY is being organised by Central TUs and National Federations against LABOUR LAW AMENDMENTS through Codification, which will take away the existing rights of the Working People in the Country...

The Govt has openly said that the CODES are for Ease of Doing Business. 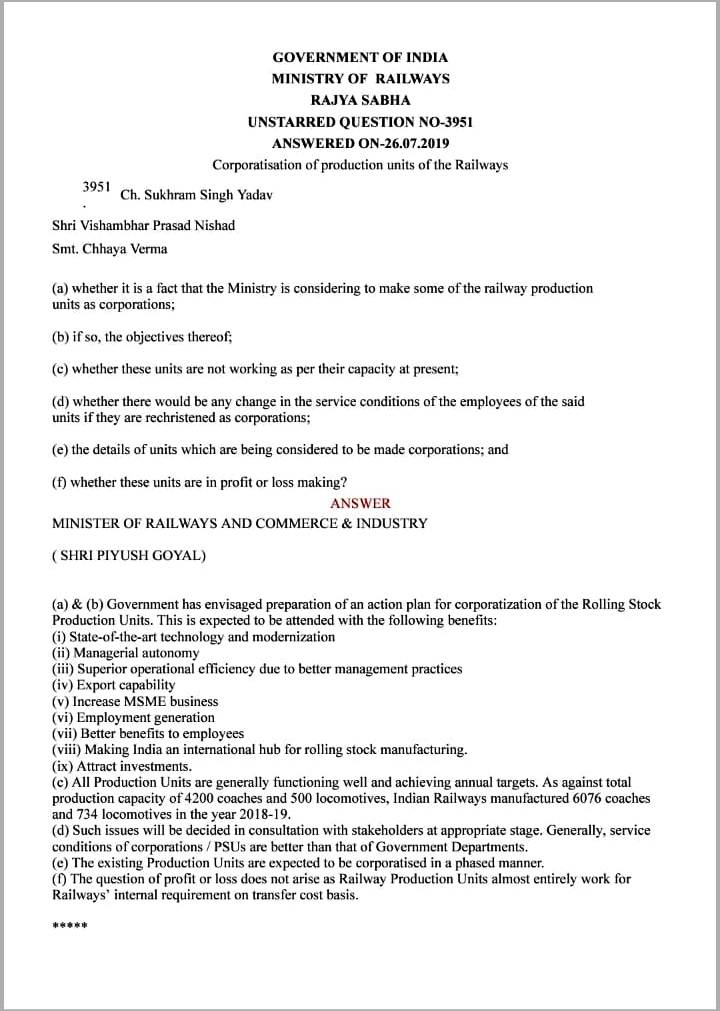 REVISION OF PENSION OF PRE 2016 PENSIONERS AFTER IMPLEMENTATION OF SEVENTH CENTRAL PAY COMMISSIONS RECOMMENDATIONS-ANOMALY IN DETERMINING NOTIONAL PAY (Click the link below to view)
http://documents.doptcirculars.nic.in/D2/D02ser/Revision%20of%20penson%20of%20pre-2016%20pensioners%20in%207th%20CPCXdWAc.pdf 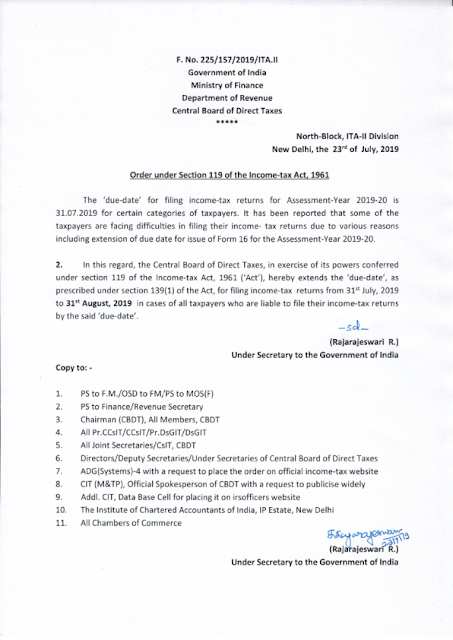 ****************
LIMITED DEPARTMENTAL COMPETITIVE EXAMINATION FOR GDS TO THE POSTS OF PA,/SA CLARIFICATION ON TREATMENT OF STRIKE PERIOD (Click the link below to view)
http://utilities.cept.gov.in/dop/pdfbind.ashx?id=3591

The features and benefits under National Pension System (NPS) and the old pension scheme are independent. Under NPS, there is a provision for voluntary retirement/exit prior to the age of superannuation, without linking it with the minimum number of 20 years of service.

As per Pension Fund Regulatory and Development Authority (Exits and Withdrawals under the National Pension System) Regulations, 2015, and amendments there under, the provisions for voluntary retirement/exit and the benefits available/ allowed under NPS to employees of Central Government who voluntary retires are as follows:

Further, as informed by the Department of Pension and Pensioners’ Welfare, the benefit of retirement gratuity and death gratuity has been extended to Government employees covered under NPS on the same terms and conditions as are applicable under CCS (Pension) Rules, 1972.

This was stated by Shri Anurag Singh Thakur, Minister of State for Finance & Corporate Affairs in a written reply to a question in Rajya Sabha today.
*****
DSM/RM/PD  (Release ID :192138)