ATM in POSB inaugurated by Sri Ravi Shankar Prasad , Hon'able Communication & IT Minister in varanasi (UP) 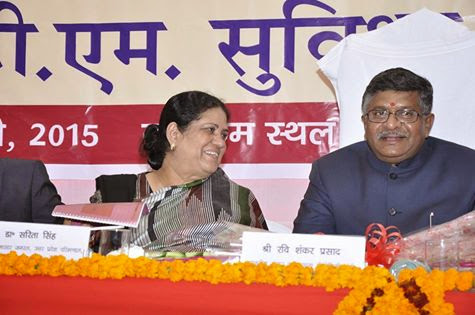 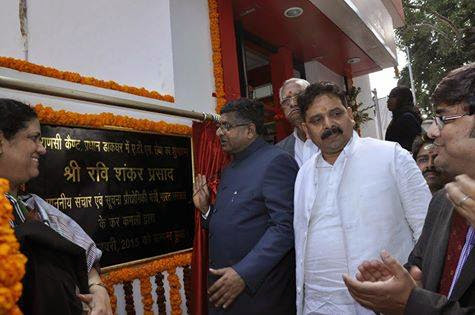 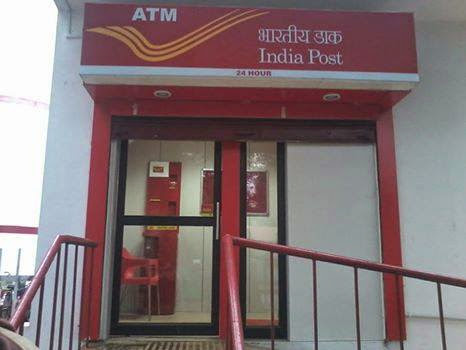 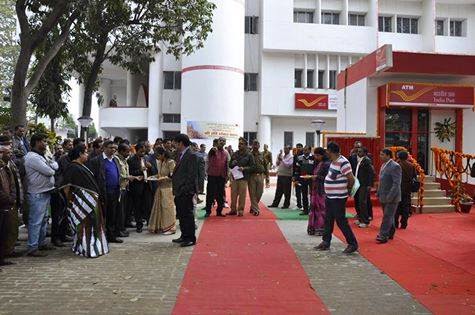 
Request for Voluntary Retirement from Persons suffering with disability - regarding.

Voluntary Retirement from Persons suffering with disability – Dopt orders on 6.2.2015

Subject: – Request for Voluntary Retirement from Persons suffering with disability – regarding.

The undersigned is directed to say that many Government servants seek voluntary retirement on medical grounds. Sec 47 of the Persons with Disabilities (Equal Opportunities, Protection of justifys and Full Participation) Act, 1995 (PWD Act) lays down that no establishment shall dispense with the services of an employee who acquires a disability during the course of service. It is proposed that any Government servant seeking voluntary retirement on medical grounds may be apprised of the above provisions of PWD ACT, in order that he can take a considered decision.

2. A draft of the office memorandum to be issued in this regard is enclosed. Comments/suggestions are invited on the proposal. Comments may kindly be sent to the undersigned by Email at dse@nic.inor by FAX at 011-23093179 by 20-02-2015

Draft of the Office Memorandum

The undersigned is directed to refer to Rule 48A and Rule 48 of CCS (Pension) Rules, 1972 and Rule 56 of Fundamental Rules and say that a Government servant can seek voluntary retirement after completion of prescribed period of qualifying service under the said Rules.

2. It has been noticed that on many occasions persons suffering from physical/mental disability seek voluntary retirement owing to their inability to attend duty, not being aware of the protection afforded by the Persons with Disabilities (Equal Opportunities, Protection of Rights and Full Participation) Act, 1995 (PWD Act):

“Non-discrimination in Government Employment — (1) No establishment shall dispense with, or reduce in rank, an employee who acquires a disability during his service.

Provided that if an employee, after acquiring disability is not suitable for the post he was holding, could be shifted to some other post with the same pay scale and service benefits;

Provided further that if it is not possible to adjust the employee against any post, he may be kept on a supernumerary post until a suitable post is available or he attains the age of superannuation, whichever is earlier.

No promotion shall be denied to a person merely on the ground of his disability;

Provided that the appropriate Government may, having regard to the type of work carried on in any establishment, by notification and subject to such conditions, if any, as may be specified in such notification, exempt any establishment from the provisions of this section”.

4. The issue had come up in Bhagwan Dass & Anr Vs Punjab State Electricity Board (2008) 1 SCC 579, decided by the Hon’ble Supreme Court where the employee who had during his service suffered from blindness had applied for voluntary retirement. The Hon’ble Supreme Court had observed that he was not aware of any protection that the law afforded him and apparently believed that the blindness would cause his to lose his job, the source of livelihood of his family. In those circumstances it was the duty of superior officers to explain to him the correct legal position and to tell him about his legal rights.

5. Keeping in view the provisions of PWD Act and the judicial pronouncement, it has been decided that whenever a Government servant seeks voluntary retirement, on medical grounds, the Appointing Authority shall examine whether his/her case is covered by the provisions of Section 47 of PWD Act. In case, the provisions are applicable, then the Government servant shall be advised that he/she has the option of continuing in service by virtue of the protection afforded by PWD Act.

6. If the Government servant, after being advised as in para 5 above, still wishes to take Voluntary retirement the request may be processed as per normal rules.

7. All the Ministries and Departments are requested to keep the above in view while processing cases of requests for Voluntary retirement in case of disability.