Regarding GDS Bonus the propaganda made by Mahadevaiah group GDS union is TOTALLY FALSE.
Finance Ministry HAS NOT APPROVED the proposal for raising the GDS Bonus ceiling to Rs.3500 but returnen the file without approval.
Mahadevaiah group flashed the false news on 10th December deliberately to sabotage the 12.12.12 united strike.
During their last fragmented strike also they have made such false propaganda saying strike is total in all Circles and 3500 order will be issued during the strike and thereafter before Pooja. ALL LIES. They are misguiding the GDS.
Mahadevaiah’s GDS union has not served strike notice for 12th December strike  and given letter to the administration to take action against those who participated in the 12th December strike.Please see letter below=M. Krishnan, S.G., NFPE. 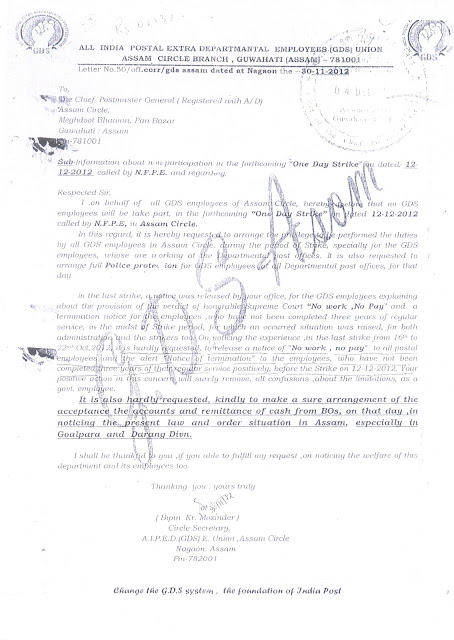