Sub: Restoration of the erstwhile Group-D posts and regularisiation of the services of Contract! Casual Employees.

During the course of oral evidence of the Staff side of the National Council(JCM), with the 7th CPC, while discussing on chapter 17, para no.17.1, 17.4.2 to 17.5:5 of the memorandum submitted by the Staff side of the National Council(JCM), the staff side stated that a large number of contract/casual, contingent and daily rated workers are deployed in various Central Govt. Establishments including Railways, Defence, postal, Income Tax and Accounts & Audit etc. especially in the jobs performed by the erstwhile Group-D Employees such as Chowkidar, Safaiwalas, Peons, Mali, Washèrman etc. The Chairman of the 7th CPC afte, listening to the views putforth by the Staff side in this regard has desired that the Staff side may give their views in writing for restoration of the erstwhile Group-D posts in Central Govt. Establishments. Accordingly the following note is submitted for the favourable consideration of the 7th CPC. 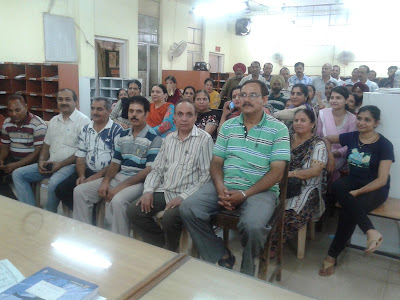 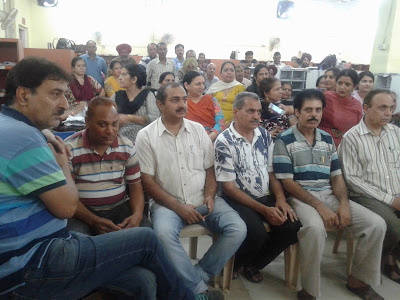 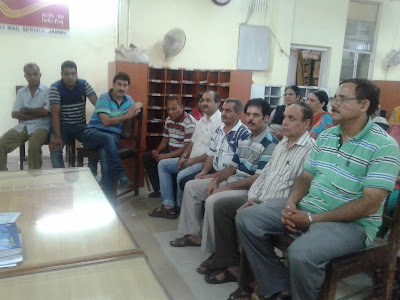 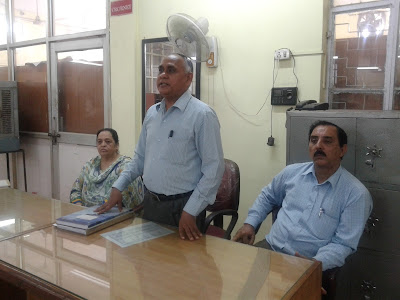 This was stated by the Minister of State for Personnel, Public Grievances and Pensions and Minister of State in the Prime Minister’s Office Dr. Jitendra Singh in a written reply to a question by Shri P.Nagarajan and Shri B. Vinod Kumar in the Lok Sabha today.

NEW DELHI: Central government's salary expenditure will exceed Rs 1 lakh crore in the current fiscal and is projected to increase further with the recommendations of 7th Pay Commission, posing risk to public finances, Finance Ministry said today.
According to the Medium-Term Expenditure Framework Statement tabled in Parliament, the salary outgo of central government employees will go up by 9.56 per cent to Rs 1,00,619 crore in current fiscal.
The pace will increase further in 2016-17 at 15.79 per cent to Rs 1.16 lakh crore with the likely implementation of the 7th Pay Commission award, said the statement tabled by Finance Minister Arun Jaitley in Parliament.
The outgo towards salary will further rise in 2017-18 to over Rs 1.28 lakh crore.
"The award of VII Central Pay Commission (CPC) and its impact on government finances poses a risk," said the statement.
It also raised concerns about the rising pension bill of government employees saying it will rise to Rs 88,521 crore in current fiscal. It has been pegged at over Rs 1.02 lakh crore in 2016-17, and over Rs 1.12 lakh crore in 2017-18.
"Like in salaries, higher than normative growth has been provided for the projection of outlay on pensions during 2016-17. For the second year of the projection (2017-18), a normative growth has been assumed. Award of VII CPC and its impact on Government finances poses a risk," it added.
The recommendations of the 7th Pay Commission, which was set up by in February 2014, is likely to be implemented from January 1, next year.