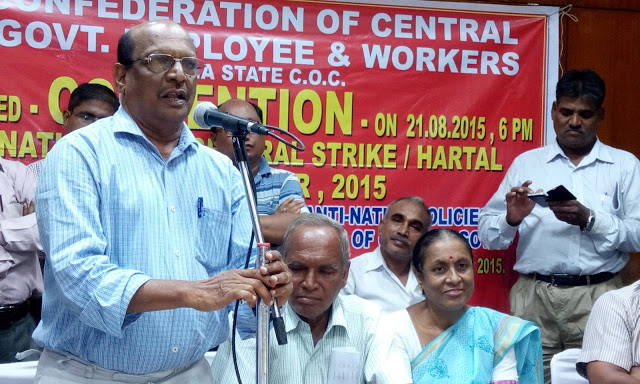 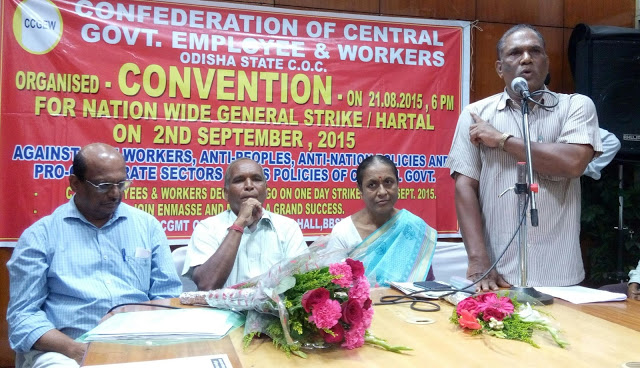 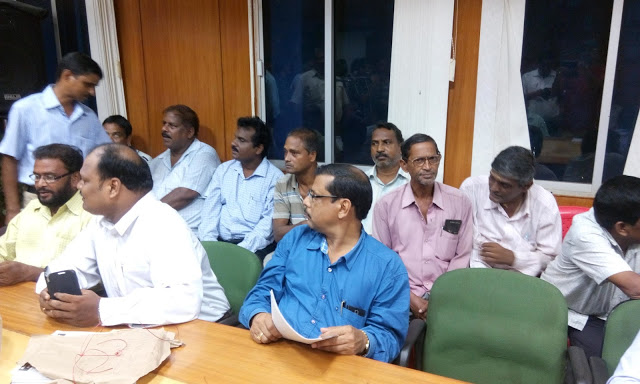 
Comrade N.T.Rajan called by all as ‘NTR’ with love and affection has passed away today at 12.00 noon (24.08.2015) after battling it out for 20 days in a hospital in Chennai. He was 82 and is survived with his wife, three sons and a daughter. As a great leader of NFPTE and a close disciple of late lamented leader comrade A.Piramanathan and a contemporary leader to Comrade AGP, comrade NTR was a fire brand orator. He was a master of all government rules and P&T Manuals and also one of the most efficient Defense Assistants to employees. He lost his 90% eyesight due to glaucoma that restricted his physical movements, but with his sharp brain that was getting sharper with his old age, he used to guide hundreds of employees in distress. He was officiating Circle Secretary of P3 NFPTE during the tenure of Comrade AP in Tamilnadu as C/S. His funeral is at about 9.00 A.M tomorrow (25.08.2015) at his daughter's home at Puzhudhivakkam, CHENNAI 600091 (No.8, kalaimagal II street extn, behind Thanthai Periyar School).