The Govt. of India is not at all sympathetic towards settlement of long pending of genuine grievances of Central Govt. employees. The entire  working class and farmers are on struggle path.  Three lac GDS employees were also compelled to go on strike for 16 days. None of the 7th CPC demands has been settled. The assurance given by the group of ministers for revision of minimum wage and fitment factor has not been fulfilled and now Finance Minister had given reply in the Parliament that “No Change in minimum pay and fitment formula is at present under consideration of the Government”.

Six lac posts were declared lying vacant by 7th CPC up to 31.03.2016. After that lacs & lacs posts have fallen vacant after retirement of officials every month .

Large scale Outsourcing, Privatization and Contractorization has  become the order of the day. Large scale privatization, outsourcing and disinvestment is in full swing in Railway and Defence.

Besides all the things there is well planned move to attack on trade union rights by way of labour laws reforms.

Keeping in view the above facts and so many other things related to the interest of workers a National Convention was organized by the confederation of central Govt. Employees and workers on 10th June 2018 at Hyderabad.
NATIONAL CONVENTION OF CONFEDERATION:-

National Convention of Confederation of Central Govt. Employees and Workers was held at Hyderabad on 10th June 2018 . The Convention besides other programmes which are mentioned below declared one day strike on
15-11-2018 for settlement of 10 points charter of demands keeping scrapping of New Pension Scheme as it’s top priority. All India State Govt. Employees Federation has also declared one day strike on the same date i.e. 15-11-2018

THE PROGRAMME OF ACTION IS MENTIONED AS BELOW:-

1)      to issue separate Circulars along with the Resolution and declaration, charter of demands and programme of action to all their Units without fail.
2)      to translate the above documents into local languages and issue printed notices pamphlets and posters. (Hindi Version also published below).
3)      Give wide publicity through print and electronic media, social media and also through Union websites.
4)      to convene immediate meetings of the All India/State/District Managing bodies and chalk out programmes for effective implementation of the campaign programmes and one day strike on 15-11-2018.
5)      Ensure maximum participation of rank and file membership in all the campaign programmes and also in the one day strike.
6)      Mobilise and ensure participation of maximum employees as per quota fixed in the MASS RALLY at New Delhi on 5th September 2018.  Instruct all those who are participating in the Delhi Rally to book their up and down travel tickets immediately.
7)      Chalk out separate departmental wise campaign programmes of each affiliated organisations.

(Approved by the National Convention held at Hyderabad on 10-06-2018)
I.      2018 July 1st to August 14th
State/District level conventions.
2.     2018 August 15th to 31st
Submission of memorandum to all MPs, MLAs, Chief Ministers etc. seeking their intervention for settlement of demands. (Draft copy of the memorandum will be exhibited in confederation website: www.confederationhq.blogspot.com after 31st July 2018)
3.     21st August 2018 - Tuesday
Mass dharna at all District headquarters.
4.     5th September 2018 - Wednesday
Mass rally at New Delhi. (Quota of employees to be mobilised and participated in the Mass Rally by each affiliate and C-O-C will be published seperately within two days).
5.     10th October 2018 - Wednesday
Serving of strike notice at all levels with mass demonstrations.
6.     17th October 2018 - Wednesday
Raj Bhavan March at all State Headquarters or March to an important Central Govt. office situated in the state capital.
7.     3rd October to 10th November  2018
State/District wise Compaign  programme of National leaders of confederation and its affiliates. (seperate circular will be issued mentioning places and name of leaders)
8.     2nd November 2018 - Friday
Mass Hunger Fast at all levels.
9.     15th November 2018 - Thursday
Nationwide one day strike.

In addition to the above compaign  programmes each affiliate of NFPE should chalk out their own union wise compaign programmes covering all states.

(adopted by the National Convention held at Hyderabad on 10-06-2018)
1.     Scrap New Contributory Pension Scheme. Restore old defined benefit Pension Scheme to all employees.
2.     Settle 7th CPC related issues including increase in Minimum Pay and fitment formula, HRA arrears from 01-01-2016, MACP Bench Mark, promotional heirarchy and date of effect from 01-01-2006, Option-I for pensioners and anomalies arising out of implementation of 7th CPC recommendations.
3.     Fill up all vacant posts. Reintroduce Regional Recruitment for Group B & C posts. Withdraw orders for abolishing posts lying vacant for more than five years. Revive all posts abolished during 2001 to 2008 under Annual Direct Recruitment plan as per  May 2001 orders of former NDA Government.
4.     (a)   Regularisatin of Gramin Dak Sevaks and grant of Civil Servant status. Implement remaining positive recommendations of Kamalesh Chandra committee report.
(b)   Regularise all casual and contract workers including those appointed on or after 01-09-1993.
5.     Ensure equal pay for equal work for all. Remove disparity in pay scales between Central Secretariat Staff and similarly placed staff working in field units of various departments.
6.     Stop closure of Govt. establishments and outsourcing. Withdraw closure orders of Govt. of India Presses. Stop proposed move to close down salt department. Stop FDI and privatisation of Railways and Defence department.
7.     Implement 7th CPC wage revision and pension revision of Autonomous body employees and pensioners. Grant Bonus to Autonomous body employees pending from 2016-17 onwards.
8.     Remove 5% condition imposed on compassionate appointment.
9.     Grant five time bound promotions to all Group B&C employees. Complete Cadre Reviews in all departments within a time-frame.
10.   (a)   Stop attack on trade union rights. Ensure prompt functioning of various negotiating forums under the JCM scheme at all levels.
(b)   Withdraw the draconian FR-56(j) and Rule 48 of CCS Pension Rules 1972.
If necessary, affiliates can add their own departmental wise issues as PART-II of the charter of demands.
MASS RALLY AT NEW DELHI ON 05TH SEPTEMBER 2018 :

It has been decided in the National convention of confederation of Central Govt. Employees and workers held at Hyderabad on 10th June 2018 that a mass rally will be organized at New Delhi on 5th Sept- 2018 along with Public sector employees, State Govt Employees and other Mass Organizations.

All affiliates are requested to allot quota to each circle union and request all participants to book their to and fro journey in advance to avoid inconvenience .

All affiliates will make stay arrangements for their Comrades.
With revolutionary greetings. 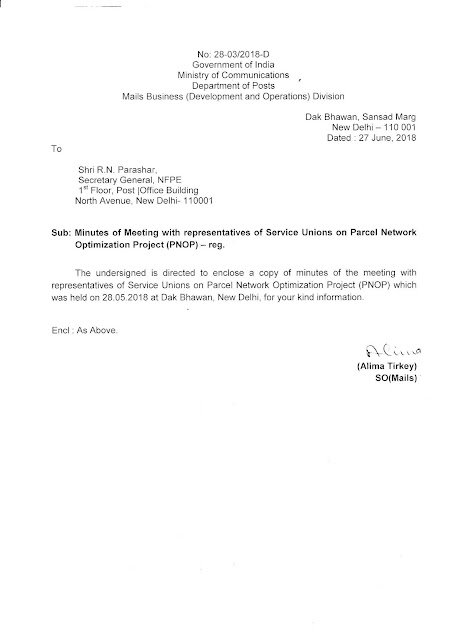 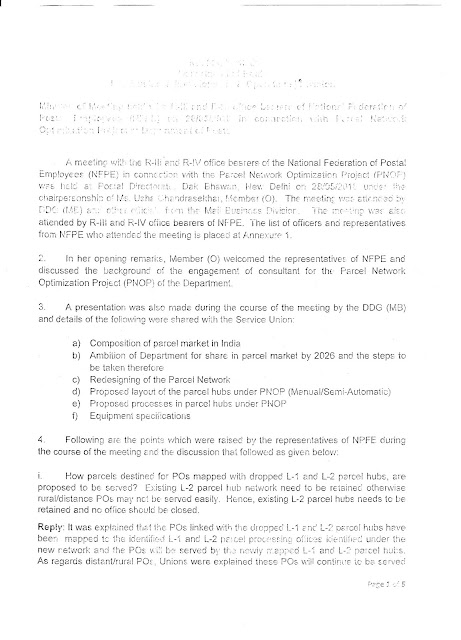 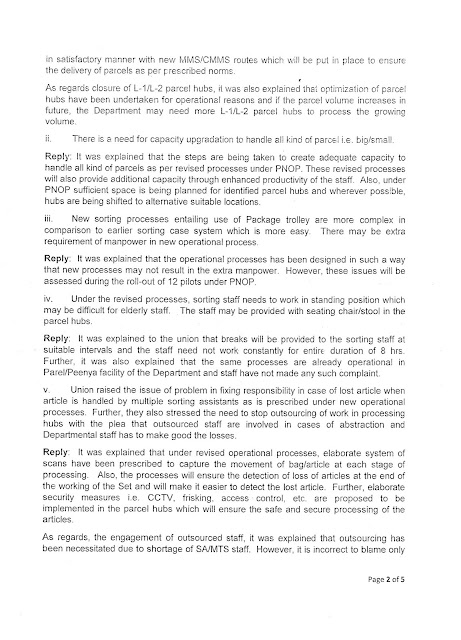 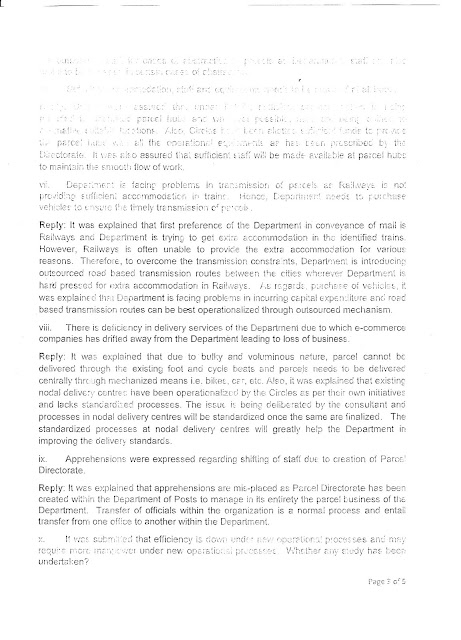 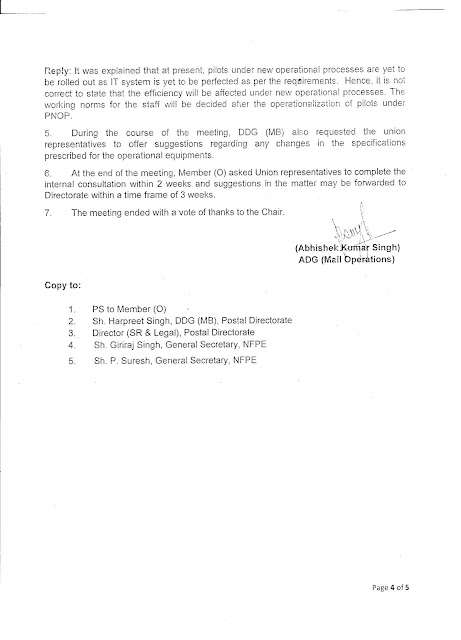 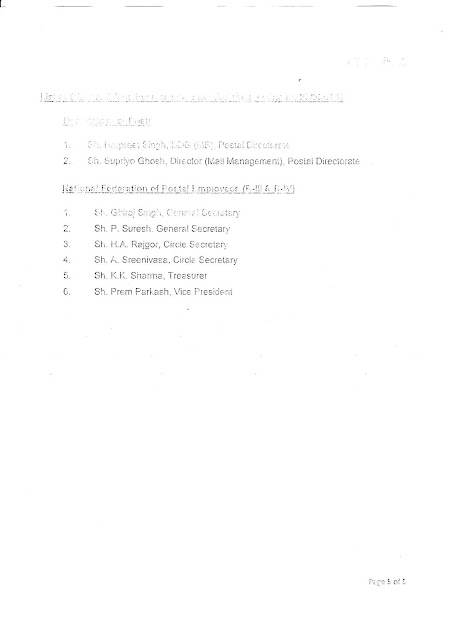 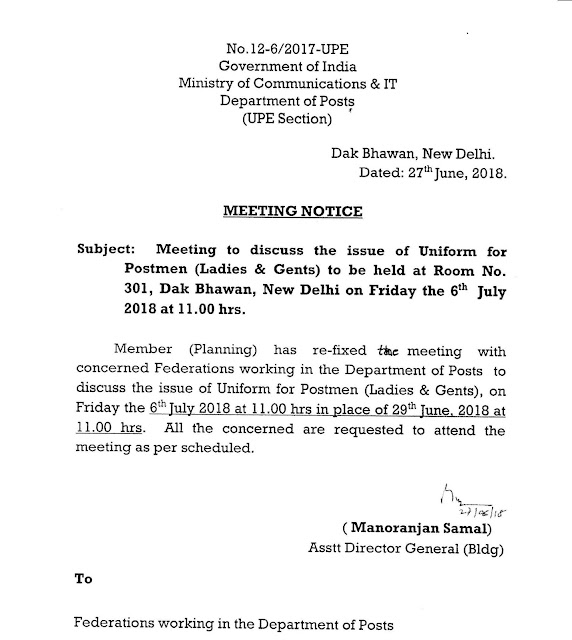