INDEFINITE STRIKE FROM 6TH MAY 2015

About 15000 Postal Employees marched to Parliament today under the banner of Postal Joint Council of Action (NFPE, FNPO, AIPEU-GDS (NFPE) & NUGDS). Employees from all the 22 circles participated in the historic march with colorful banners, flags and caps shouting slogans against the negative attitude of the Government towards the demands of the Postal Employees. Grant of Civil Servant Status to Gramin Dak Sevaks and inclusion in 7th CPC, Merger of DA and grant of interim relief to all employees, scrap new pension scheme, Revision of wages of casual, Part-time contingent employees, implementation of cadre Restructuring committee report, settle 39 point charter of demands are the main demands raised in the Parliament March. 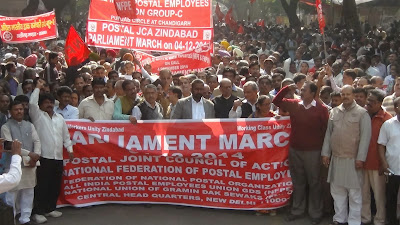 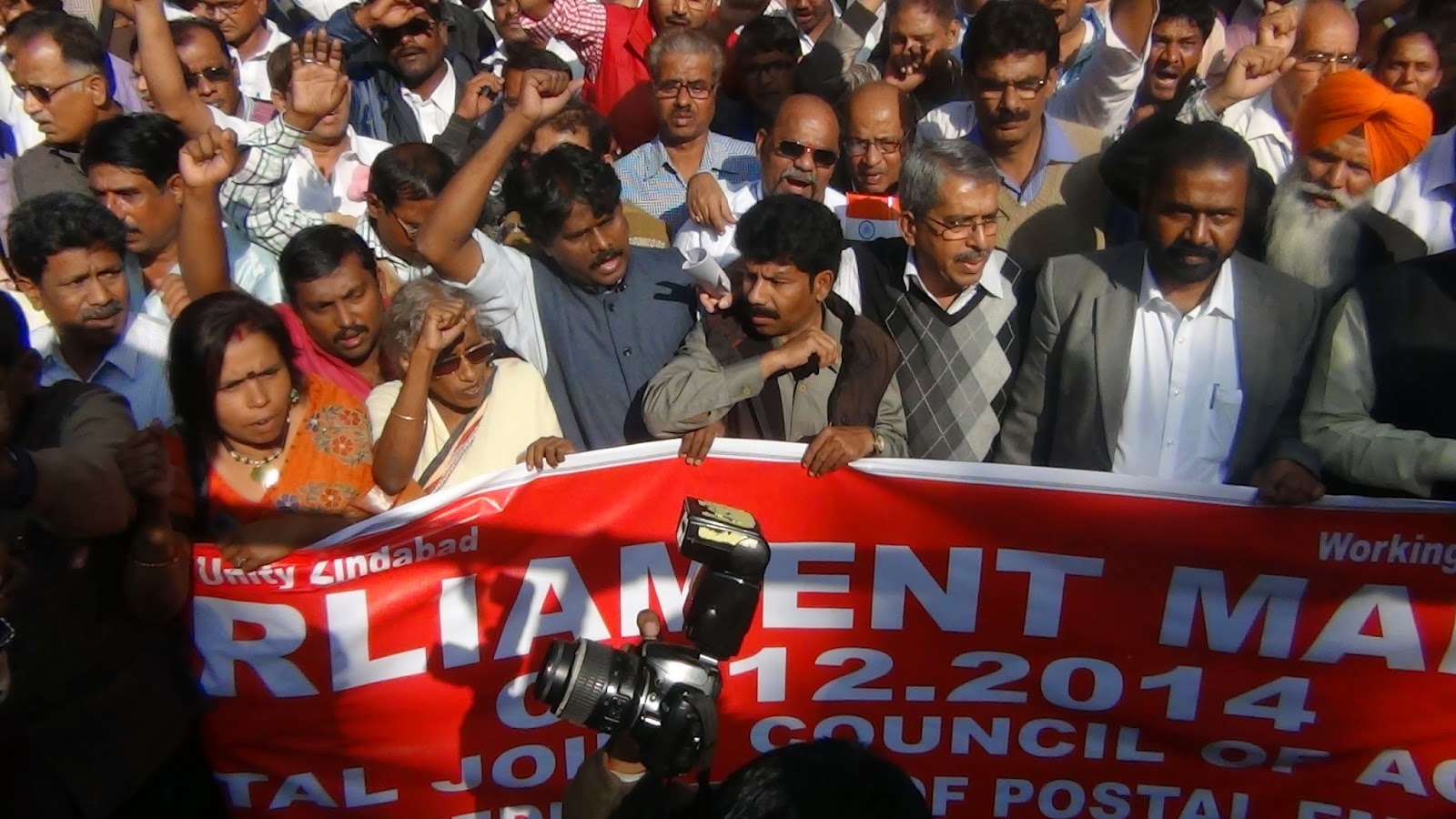 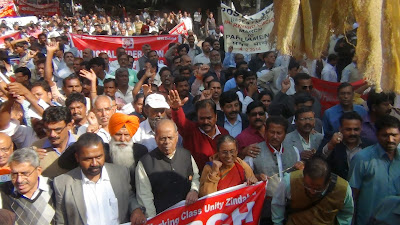 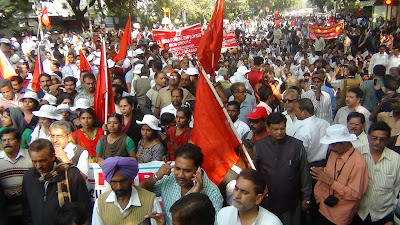 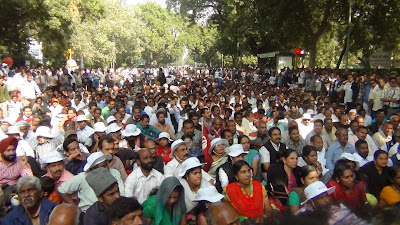 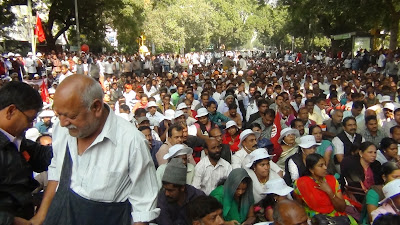 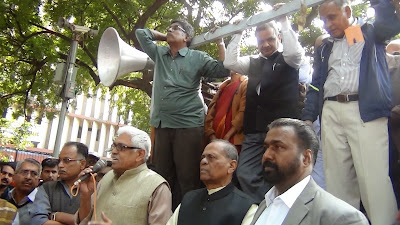 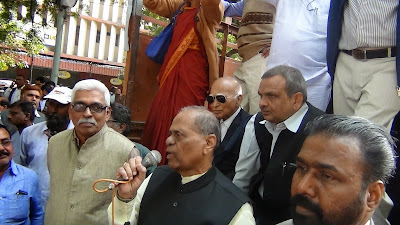 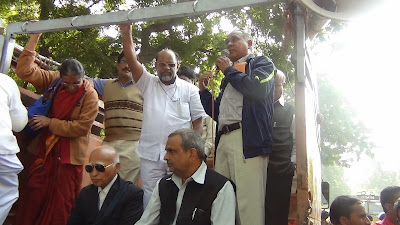 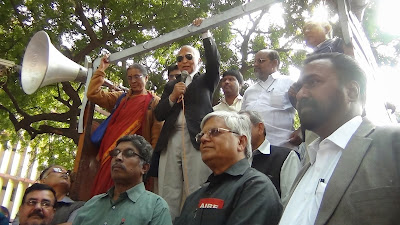 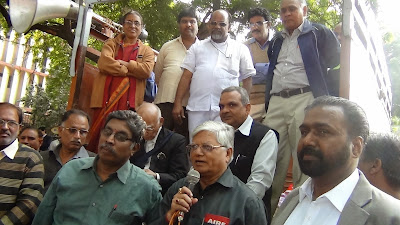 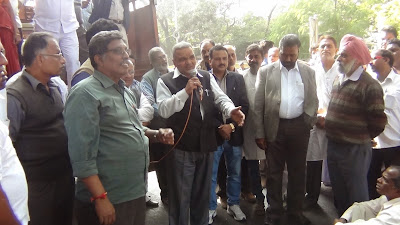 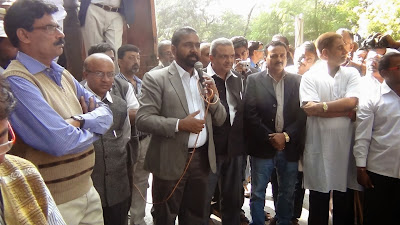 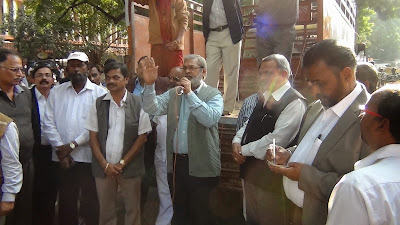 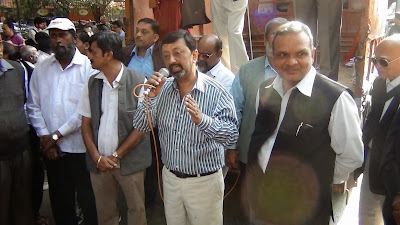 
Filing Assets and Liabilities
Section 44 of the Lokpal and Lokayuktas Act, 2013 mandates that every public servant (as defined in the Act, which includes Ministers, Members of Parliament, Government employees, employees of statutory bodies, PSUs, etc.) shall make a declaration of his assets and liabilities as well of his spouse and dependent children in the manner as provided by or under the said Act. In exercise of the powers conferred by sub-section (1) read with clause (k) and clause (l) of sub-section (2) of section 59 of the Lokpal and Lokayuktas Act, 2013 (1 of 2014), read with section 44 and section 45 of the said Act, the Central Government has notified the Public Servants (Furnishing of Information and Annual Return of Assets and Liabilities and the Limits for Exemption of Assets in Filing Returns) Rules, 2014 in the official Gazette on 14th July, 2014, which, inter alia, contain the forms in which such information/return is required to be filed.

Subsequently, concerns and apprehensions were raised by several Ministries/Departments and other stakeholders, inter alia, about the complexity involved in furnishing the desired details in the forms prescribed under the Rules. Accordingly, the Government of India vide its order dated 28-08-2014, constituted a Committee to simplify the forms and the process in which public servants shall make declaration of assets and liabilities. The said Committee has submitted its First Report on 01-10-2014, recommending simplified formats for declaration of moveable property and for declaration of debts and other liabilities by public servants.

The Public Servants (Furnishing of Information and Annual Return of Assets and Liabilities and the Limits for Exemption of Assets in Filing Returns) Rules, 2014 have also been amended by a notification dated 8th September, 2014, by which the time limit, for furnishing of such information/return by public servants, has been extended till 31st December, 2014.

This was stated by Minister of State for Personnel, Public Grievances & Pensions Dr. Jitendra Singh in a written reply to Shri Sudheer Gupta & others in the Lok Sabha today.
Posted by All India RMS & MMS Employees Union - Group 'C' at 11:25:00 AM